Matcha Lattes Are Coming to Your Local Dunkin’ 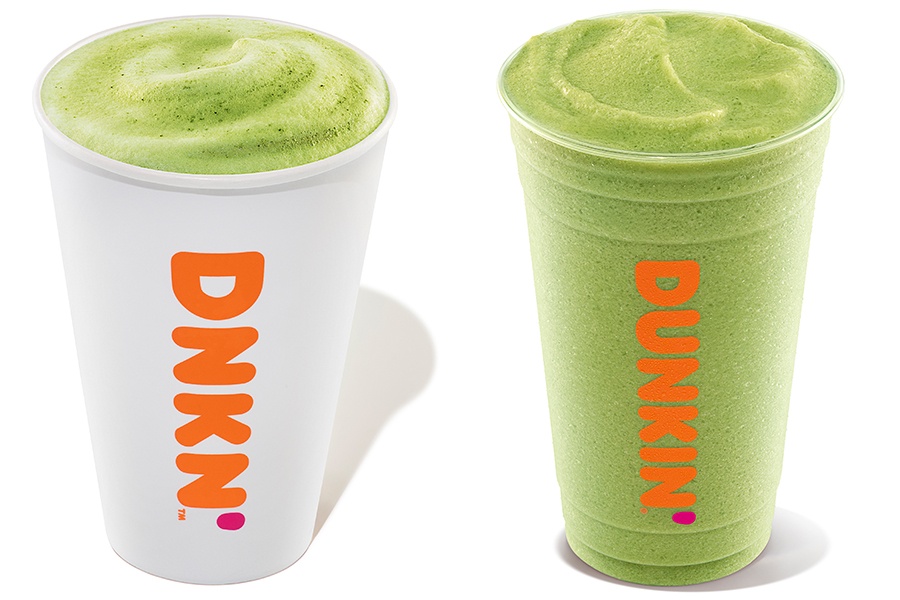 Dunkin’ will unveil a new latte next week that’s tinted bright green, thanks to a trendy health ingredient: matcha. While there’s no lack of sugary coffee concoctions currently on the menu, spotting the traditional Japanese beverage—with a wellness-forward reputation, no less—is a welcome sight.

According to a press release, the matcha latte blends a simple mix of matcha powder, your milk of choice, and cane sugar. Plus, you can order the drink hot, iced or frozen. That means your new morning pick-me-up of choice can translate to the hot weather months around the corner.

The matcha latte was first introduced at Dunkin’ locations in Springfield last year, and quickly became a fan favorite.

Matcha gained popularity in American wellness circles in the early 2010s, when it started tinting everything from granola to ice cream its signature vibrant green hue. Now, the bitter powder has found a home in mainstream grocery stores and at coffee chains like Starbucks and Dunkin’.

The matcha Dunkin’ will use to whip up your frothy latte hails from the Nishio region in Japan, a centuries-old source of the fine powder, which is made of ground up green tea leaf buds. Rather than steeping and removing the leaves like your average tea, matcha powder mixes directly into hot water.

While matcha lattes can be a healthy, alternative source of caffeine, Dunkin’s 12 ounce version of the hot drink contains 21 grams of sugar. And the 16 ounce frozen version clocks in at a whopping 54 grams. That’s a lot of sugar. Guests can customize the drink with their milk of choice, but the matcha powder’s sweetness can’t be adjusted, Dunkin’ confirmed.

The new drink is part of a broader trend at the coffee and donut chain, which has been offering healthier options alongside its traditional glazed selection. The company will also introduce a new protein muffin next week for a limited time in participating locations. Filled with blueberries, cranberries, sunflower and pumpkin seeds—and boasting 16 grams of protein—the baked treat is yet another tempting option for your post-gym carb craving.

Matcha lattes and protein muffins will drop on Wednesday, February 26. For curious customers game to give the green drink a shot, Dunkin’ locations will offer free samples on March 13 and 14 from 10 a.m. to 12 p.m., or until supplies last.