Working Out Is a Little Different Now, and That’s Okay

Nothing looks or feels the same anymore anyways. It's about finding the way forward. 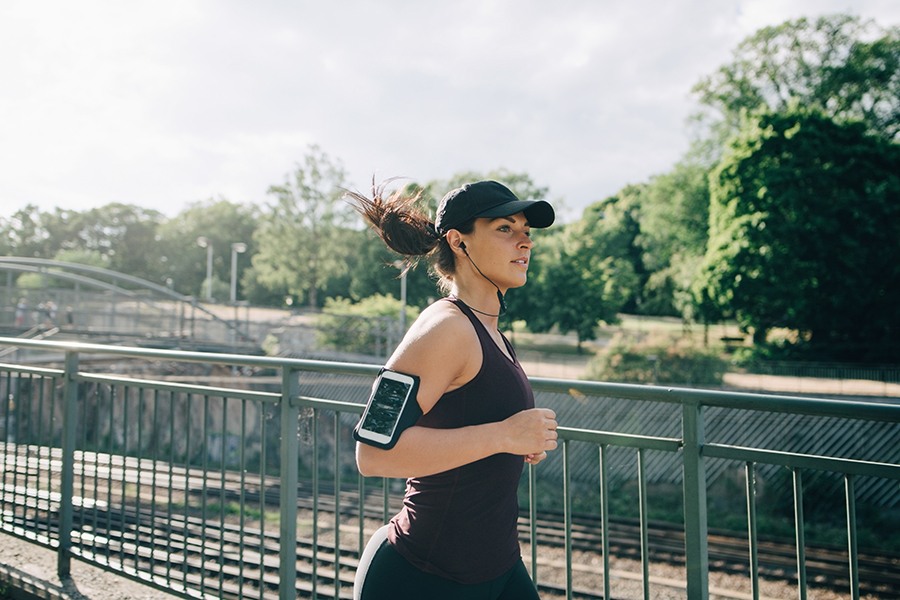 As fitness challenges and online workouts flood your Instagram feed and Zoom workouts cram your inbox, it might feel like you need to be kicking it into high gear at every hour of the day. I know that when I scroll, even after running three miles and dropping into an Instagram live workout, I still feel like I need to be doing something. And anyone who’s a daily gym-goer is probably feeling something similar. “There seems to be a lot of pressure right now to be our best selves during this time, whatever the definition of that is right now,” wellness entrepreneur Erin Bailey says. She’s not wrong. With the greatest of intentions, we’re all trying to spread some positivity, but that doesn’t mask the sadness, or the worry, or the anxiety that we all feel about the future. And it’s important to let yourself feel those feelings not only about life in general now, but about your attitude towards fitness.

“Whether we feel it in the moment or not, there’s a lot of stress in our lives right now,” Bailey says. “We have to learn how to take care of ourselves in different ways.” For her, that means easing up on the workouts. She’s still running and moving her body, but logging less miles and moving less frequently. For Kevin Cann, a Somerville powerlifting coach, that means readjusting goals and identifying key areas for his lifters to focus on and get better at—without a barbell.

It means getting them to do things they wouldn’t normally do. When you tell a lifter to run a lap around a track or do any kind of jumping, they’ll look at you like you have ten heads, but without access to a barbell, they’re kind of forced into trying new things. It might mean the same for you.

“A lot of people probably just need a break from the weights, too,” Cann says—or a break from whatever they were doing so religiously before this pandemic struck. Just take a look at all of those New Englanders training for the Boston Marathon—rest can be a difficult thing to wrap your mind around.

But it’s entirely necessary. Lisa Lewis, a sports psychologist, says when you’re feeling frustrated or thwarted, press the pause button. “Check your goals and expectations. Think about life right now as the race. This is not the time to focus on the scale or numbers on a bar. This is the race. The less irritated you are and the better sleep you get, the more grit you are going to have. Grit is what we need and what we should be preparing for.”

Like all things, it’s a process. Some people can more readily find their grit in the gym, like Cann, who says he’s still trying to figure out what his life looks like when he’s not spending 70 plus hours a week in the gym coaching lifters and doing his own lifting work. It’s forcing him to be a little more creative and forcing him to look at what he can improve upon.

Lewis says to identify the transferable skills or transferable benefits of the gym. If going to the gym is your time, meaning it’s the one hour of your day where you wear your gym clothes, listen to your music, and have your own routine, she says to find ways to recreate that same vibe in your home. Sure, it won’t look or feel the same, but nothing looks or feels the same anymore anyway, so what’s the big deal?

Part of the problem may be the lack of motivation. Home workouts or running just might not do it for you, but that’s where discipline and resiliency come in. “I’ve been thinking a lot about resiliency during this situation and how to build resilience,” Lewis says. “It’s not about what you can’t do (i.e. the lack of motivation), it’s about reframing it into what you can do. It’s about keeping the tank as full as possible.” In other words, it’s about exercising for the pure benefit of improving your mental health and relieving stress.

For my roommate who is used to going to REPS in Jamaica Plain, that’s switching her mindset to pseudo-training for a half-marathon because she thrives on structure. For my best friend who enjoys going to yoga studios and the gym, that’s finding flow in her days by listening to her body. For my partner who is out of a lot of physical landscape work, that’s building a pull-up bar in his back yard with an old board between two trees we found in the woods. Creativity isn’t lost—if anything, we’re gaining a lot of it right now. “If the door feels closed,” Lewis says. “Open a window and look around to see what else is at your disposal.” The way forward is there, it’s just a matter of shifting your perspective enough to find it.