They're doing their best to maintain relationships during the crisis, but face many obstacles on the path to reopening. 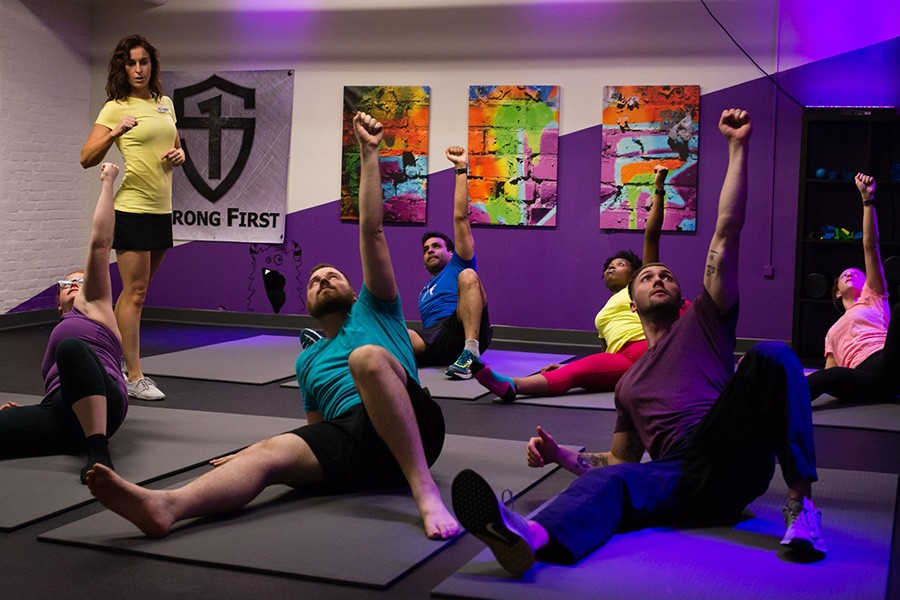 When the coronavirus crisis crashed into Boston, it was no shock that the fittest among us were quick to adapt. In a matter of mere days, small Boston fitness businesses pivoted their services online and their communities followed.

All businesses will face difficulties reopening in the coming months, but for the city’s smaller fitness clubs and boutique studios, the challenges are steep. They’ll not only have to grapple with the same confusing muddle of federal and local programs meant to assist them that everyone faces, but many of them had previously had the luxury of offering classes in tiny, jam-packed rooms full of people.

How can a business recover if its main allure is a room full of people sweating together? Live-streamed workouts might be a good short-term solution to a crappy situation, but they won’t pay the rent on vacant gym spaces and they won’t keep employees paid in the long term. These are the challenges COVID-19 present to local small businesses as they hope to stay relevant and in the green.

After following the cavalcade of government announcements and regulations in the early days of the crisis, John Murray, owner of Back Bay Boxing, was quick to close his doors, even before he was mandated to do so by government policy. As any opening up of the city continues to get pushed back (Governor Baker has extended the stay-at-home order to May 18), it leaves people like Murray wondering how and if they’ll be able to open their doors again.

The Trump administration rolled out a three phase plan of reopening the country on April 16, and listed gyms in phase one, alongside restaurants, movie theaters, and places of worship. The idea would be for phase one to slowly roll out on May 18 in Boston. But the national guidelines are just that: guidelines. Massachusetts has also formed an alliance with other eastern states to coordinate on a reopening plan, and it’s unclear as of yet what the plan would involve. There’s also Governor Baker’s own advisory committee at play.

But regardless of which plan is ultimately implemented in the Bay State, it seems clear that strict social distancing guidelines will still be followed, with likely bans on gatherings of crowded groups of people. Which begs the question: How would gyms operate under those circumstances?

In a smaller gym environment, you might be able to control the flow of people, and their resulting bodily fluids, a little more easily, than say, within the vast confines of an Equinox or Life Time Fitness. But Steve Bergeron, owner of AMP Fitness in Downtown Boston, doesn’t think it’s worth the risk to reopen his small gym. He says it would be irresponsible to open too early, and he doesn’t want to run the risk of becoming a place where someone contracts the virus.

With limited government guidance to go from, gyms are now struggling to figure out what “safe” means. Large corporate gyms like Crunch Fitness and Equinox took it into their own hands to write up manuals about proper disinfecting protocols, social distancing, etc. Similarly, Jess Fracalossi, owner of The Handle Bar spin studio, joined forces with five other local fitness studio owners to create their own manual on how boutique fitness studios could safely reopen when the time comes, which they plan to use to coordinate with the government on reopening plans. The guide wouldn’t be specific to spin studios, either—all boutique studios could consult it, for guidelines on cleaning protocols, social distancing, and more. When no one really knows what they’re doing, including the government, Fracalossi says she wants to be as ready as possible to show officials and the public they can be prepared to open their doors safely and effectively.

Because really, when businesses get the OK from the government to open, there will still be the question of whether or not people feel comfortable leaving their homes. Providing the reassurance of a strict and detailed manual for proper disinfecting and cleanliness might help clients feel a bit safer.

Murray says the future is something that has consumed his mindset for months now. “I tend to think about the worst case scenario first and then peel it back to evaluate how to avoid getting to that worst case scenario,” he says. “The way I was operating my business is pretty much done. I can’t go back to that.” His classes, often filled to capacity with 20-25 people jam packed into a 900-square foot basement studio on Newbury Street, included partner work and a lot of sharing equipment.

He sees the slow expansion of social circles becoming a part of boxing classes, where maybe you start with one-on-one settings, go up to two-on-one, and then maybe get to the point of six person classes (all consisting of people who either live or work together). It’s going to be a lot of experimentation, and it’s going to be a very slow process. Over at the Handle Bar, Fracalossi envisions half full spin studios and more time in between classes to disinfect. Bergeron says AMP will limit how many people are allowed into the gym at a time as well as the pieces of equipment each client is using. Locker rooms and showers will also remain closed.

Challenge Three: Getting over financial hurdles

Turning the lights back on in studios across the city is obviously the goal, but the next issue becomes making the return sustainable while operating at half capacity without some form of compromise on rent. Fracalossi was able to reach rent agreements with her landlords on all four of her studios while they’re closed, and Bergeron is working towards a rent abatement agreement with his landlord.

But others, like Murray and Elise Caira, owner of five Sweat Fixx rowing studios across the city, were not. All four have applied for government assistance loans like the Payroll Protection Program and are in the process of receiving the money, but for most, the funds will end up going straight back to their landlords. All felt that to keep these businesses in business, something would need to give around the issue of rent. There are some signs of progress on that front—on April 20, Massachusetts enacted a moratorium on non-emergency residential and commercial evictions for small businesses and foreclosure, but the status on rent remains uncertain, despite an earlier call from Boston Council members calling to include rent and not just evictions in the moratorium.

For now, the virtual classes aren’t going anywhere, and they’re serving as a buffer to keep the community connected and some profits coming in. Fracalossi says this has been the biggest silver lining. “[Virtual classes] have always been something I had hoped for and now it was just required of us,” she says. Caira echoes Fracalossi, and says the people of Sweat Fixx rallied and made their virtual class offerings into something she never thought it could be. “We’re focusing on what we can still do to be Sweat Fixx,” she says. “And do it better. We have not lost ourselves and we’re just using this time to strengthen our identity.”

But for smaller business owners like Murray, who leads all of his online classes on his own, the capacity for him to continue his classes relies solely on his body’s ability to recover fast enough. He’s not so sure how long he’ll be able to keep that up.

Bergeron, who pulled a week of 12-hour days to get AMP’s online platform up and running as quickly as possible, says it probably won’t go anywhere when they’re allowed to reopen their physical location. It will simply become an additional offering, something most owners are now seeing the value of. “One thing I’ve heard over the past couple years is that the robots are coming,” he says. “The in-person stuff is going to suffer a bit.” As a by-product of the coronavirus, we’ve already seen this start to happen across industries. Even companies like Peloton, that have built an empire around virtual classes, can’t downplay the importance of in-person interactions. When it comes to the meaningful connections and valuable coaching that leads to real lifestyle changes, it’s hard to see how virtual classes can ever be a full substitute.

One thing that’s clear is that, much like the rest of the economy, the fitness industry will never be the same.

The coronavirus may be leaving plenty of what ifs on the table and turning us into robots in its wake, but it’s also reminding us of the very human connection and presence that makes the Boston fitness scene what it is today: loving, supportive, slightly obsessive, and incredibly strong. And whatever the future brings, those very characteristics will be what helps the fitness industry stay on its feet.