Some gym owners have accepted their fate, but others are pushing back against Gov. Baker's directive. 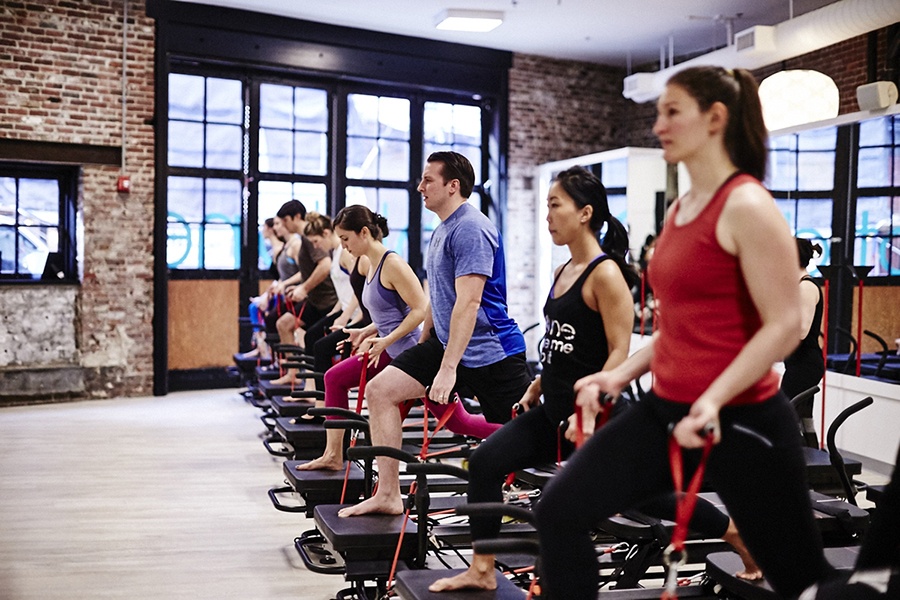 Phase one of reopening the Massachusetts economy is officially underway. We can now get a haircut (by a professional), places of worship can congregate, and group outdoor fitness is an approved recreational activity once again. But after extensive petitioning and pleading with government officials, local gyms are still waiting for the green light—they’re tucked into Phase Three, which doesn’t have a definite start date yet. For local small gyms and boutique fitness studios who have already faced months of uncertainty and may be facing the ends of their leases with no clear future, this could mean the beginning of the end.

Back Bay Boxing gym owner John Murray says there’s really no way for him to come back. With a lease up in October, and a businesses model that operates on a small gym space and a lot of physical contact, he says there’s just no way he’ll be able to open safely and effectively. Not only that, but ethically, he thinks it’s too soon.

“I can imagine the financial distress people are under, because I’m under it too, but I still think it’s too soon to open, and I say that out of the risk of going out of business,” he says.

But as with anything in the reopening conversation, there are layers to this issue. Some fitness studio owners are ready to try reopening, but as Murray pointed out, it’s hard to plan for that without reopening guidelines or regulations for what needs to happen for gyms to open. Without that piece of information, owners are guessing.

Jody Merrill, who owns the multi-location studio B-Tone fitness, says she’s just taking a shot in the dark regarding reopening safety protocols. She invested in commercial grade cleaning supplies for each studio so her instructors don’t have to become part-time cleaners, but says that was a big financial hit on top of already high rent expenses, with no money coming in, and no assurance that the cleaning protocols she’d use would meet whatever the state’s regulations end up being.

She’s also frustrated that her business model, which includes personal signature Pilates-type reformers and classes capped at no more than 14, could fit social distancing guidelines more easily than a huge big box gym that depends on letting much larger numbers of people in. It’s an issue that keeps coming up among boutique fitness studio owners: the lack of differentiation in the reopening plan between the vastly different sizes of studios and gyms and types of workout. Murray says it is much easier for a Pilates studio, like Merrill’s, or a yoga studio, or even a cycling studio, to open because you can more easily control factors like spacing, class size, and equipment sharing.

And as gym owners await more detailed instructions, they’re stuck scrambling to find sources of income. The Handle Bar rented out its bikes for $1,000 a pop as soon as the news came out that gyms were listed in Phase Three of the reopening plan. Owner Jess Fracalossi says they’ve also launched a Handle Bar live streaming platform where participants can stream live cycling workouts. This was something she tells me she originally hadn’t planned on doing, but turned to as the quarantine stretched on. Like everyone else, she’s playing the waiting game and making the best decision as each new day presents different obstacles.

Before the final reopening phases were released, Fracalossi, along with Merrill and other studio owners in a group led by B/Spoke founder Mark Partin, pushed hard to be included in Phase One. Frank Nash, a gym owner in Worcester, also started his own petition to ask Gov. Baker to reopen gyms in Phase One. The petition is still live, but has been modified to ask Baker to reopen them ASAP. Other gym owners across the state including Mike Boyle, of Mike Boyle Strength and Conditioning, and Tony Gentilcore, who owns a small studio in Brookline, have also signed the petition, because they feel they could open safely and effectively by controlling who is coming into their studios and when.

Now, Fracalossi says she’s done trying to advocate for reopening her studios with the government. She and other fitness studio owners are also wondering if it’s even worth opening, if gym members are too anxious to return—a very real concern. If by waiting, they can ensure more people feel better about coming in, that’s a win for them. Merrill, after countless phone calls to the State House, says she’s now accepted a late June/early July reopening date as well.

But other gym owners across the state aren’t settling for the slow reopening. Prime Fitness and Nutrition owner Dave Blondin in Oxford decided to open last week despite being issued a $300 fine. Businesses can be fined up to three times before being ordered a cease and desist, and he told the Boston Herald he’ll fight the order if it comes to that. Other gyms across Cape Cod, including Bodystrong Fitness in Chatham, followed suit, and co-owner Corey Clark said suggested gym owners need to band together. “It’s time to put our foot down,” Clark told the Herald. Joe Shea, owner of CrossFit 1727 in Shrewsbury, has also said he thinks it’s time for gyms to open, while the general manager of Lynx Fitness Club in Boston, Bill Najam, has said he believes they could operate their space safely too.

Public health experts, though, say it’s not a matter of risk reduction, but of avoiding all danger. Dr. Eleanor Murray, an assistant professor of epidemiology at the Boston University School of Public Health, says gathering groups indoors is the most risky thing you can do. Transmission of COVID-19 can happen in enclosed spaces when people are in close contact for a short period of time, but also when they’re farther apart for a longer amount of time. In a gym, both of these things happen, not to mention all the equipment and surfaces you share with others. “When we’re thinking about harm reduction, we should think about everything we can do to stop transmission,” she says.

But as with so many COVID issues, economic devastation will be a reality regardless of when gyms are allowed to reopen. Merrill says she’s not worried about any of her locations going out of business, but she doesn’t expect a dime to be going in her pocket during the next year, either. But she predicts this will be the end of places that just started out, or for owners of places who were looking to pivot anyway. As for Murray, he says his fitness business will continue to exist in some way. He’s looking to build out more of an online presence with on-demand classes and will probably look for a new location at some point. But with the varying nuances between owners, gym spaces, and workouts, one thing remains similar across the board: Each person is taking this moment by moment, day by day, and week by week.