As if the coronavirus wasn't enough to deal with already—here's what you need to know about the virus and how to protect yourself. 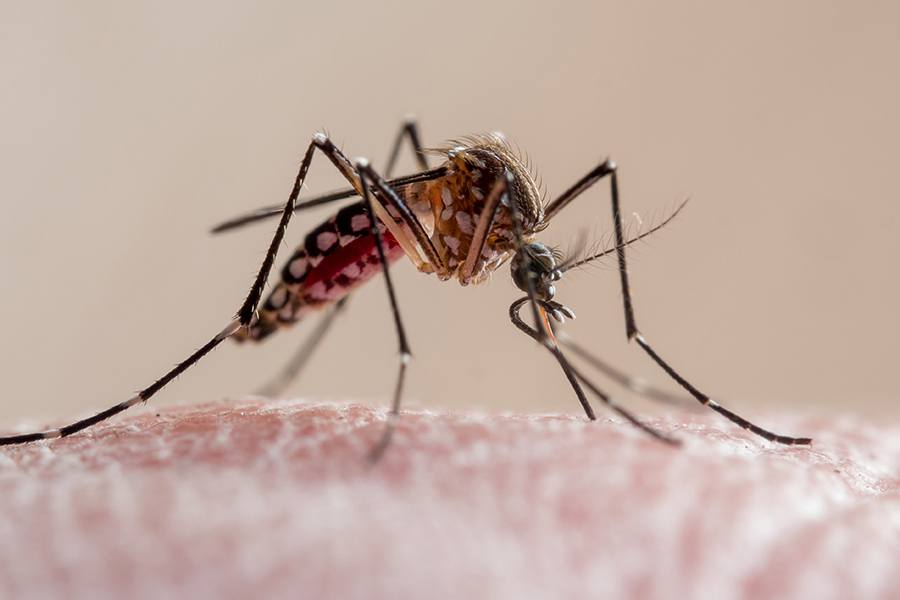 Just when you finally made a habit out of grabbing your COVID-blocking mask on your way out the door, you’re going to have to add one more step to your “get-out-the-house” routine: Dousing yourself in bug spray.

This week, the Boston Public Health Commission announced that the West Nile Virus has been detected in mosquitos in Boston for the first time this year. The sample was originally collected on July 9 from a mosquito in the neighborhood of Brighton.

July 9 was the same date that the Massachusetts Department of Public Health confirmed the state’s first case of West Nile virus in 2020, found in mosquito samples from two insects the MDPH lab collected on July 7. Those mosquitos were found in Belmont, in Middlesex County. Luckily, no human or animal cases of the virus have been confirmed so far.

“While much of the attention right now is on the COVID-19 pandemic and slowing the spread of the virus, we cannot lose sight of the importance of protecting ourselves against mosquito bites and the serious diseases they may carry,” Rita Nieves, Boston Public Health Commission interim executive director, said in a statement. “I encourage everyone to take the precautions necessary as they spend more time outdoors.”

Take this as a preliminary note of caution though, because according to Jennifer Lo, medical director for the BPHC, “There is not an elevated risk level in Boston right now.” She adds it is actually quite typical to find West Nile virus in mosquitos in Boston during this time of year. That is not to say such condition can’t worsen, though. In mid-August of 2019, we saw a rather intense outbreak of eastern equine encephalitis infection (EEE), which is also spread by infected mosquitos; a month later, 36 towns were at critical risk for the disease. Twelve people contracted the disease and four died. There have not been any traces of EEE detected yet this year.

Both West Nile Virus and EEE are more problematic for older individuals and those with compromised immune systems, as well as pregnant women. Most people who contract West Nile virus will not have symptoms, but if they do they will present like the flu. Although it is the leading cause of mosquito-borne diseases in the United States, according to the Centers for Disease Control and Prevention, only about 1 in 5 people who are infected develop a fever and only 1 in 150 people develop a serious, sometimes fatal, illness. Treatment usually includes over-the-counter pain relievers for mild cases and sometimes hospitalization for more severe cases.

To protect yourself and loved ones use repellent with an EPA-registered ingredient like DEET, permethrin, picaridin, or oil of lemon eucalyptus. (All of these protect well against ticks too.) Be aware of peak mosquito hours, and consider wearing long sleeves while outside. In April the city sprayed Hyde Park and West Roxbury to control mosquitos, and the BPHC also collects mosquito samples in traps every week during the summer and fall. Check the BPHC website and MDPH for more information on sprayings and developments on both the West Vile virus and EEE.