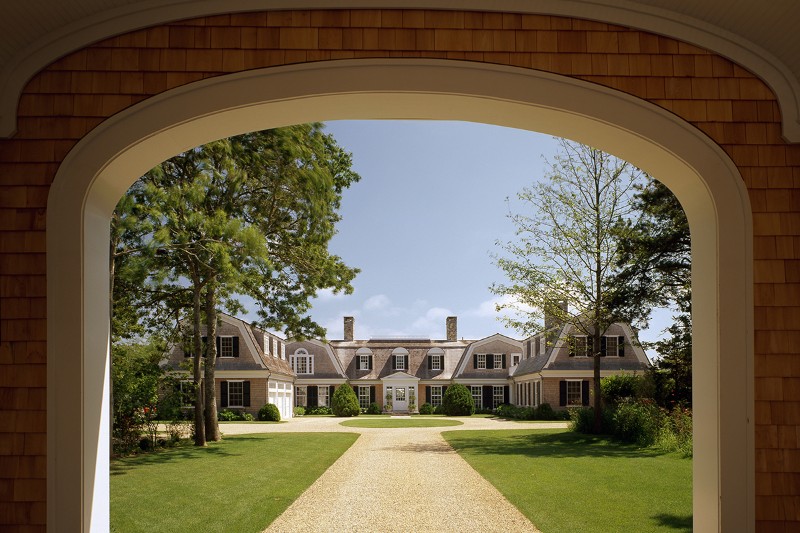 Let this design professional know you found them on Boston magazine’s Find It Boston.

Patrick Ahearn’s historically motivated designs have advanced the art of placemaking in some of America’s most affluent destinations. Whether restoring landmarked townhouses in Boston’s Back Bay or creating new homes that reimagine the vernacular of New England, Ahearn demonstrates an unparalleled ability to combine the romance of traditional architecture with the ideals of modernism. His sensitivity to the property’s original spirit results in a beautifully restored home that looks authentic and silent on the streetscape.

What's your background, education and training?

Celebrated as one of America’s top classical architects, Patrick Ahearn — a Fellow of the American Institute of Architects — began his career with ambitious adaptive-reuse public projects, and for the past 25 years has focused primarily on historically motivated, site-sensitive private residences in New England. Raised in Levittown, New York, and based in Boston for the past four decades, he received degrees in architecture and urban design from Syracuse University. Today, he oversees a firm of 12 designers working in studios in Boston’s Back Bay and in Edgartown, on Martha’s Vineyard. He and his work have been featured in numerous magazines and newspapers and on HGTV. See More

What advice would you give a client looking to find a provider in your specialty?

We strongly encourage every homeowner to make sure they hire a licensed architect.

What inspired your passion for your profession?

If cars sparked my earliest aesthetic awareness, growing up in the suburbs of New York City awakened me to the importance of architecture and urban design, and their ability to foster a sense of community. This was because I didn’t grow up in just any suburb; I grew up in Levittown. Laid out in the late 1940s and early ’50s on former Long Island potato fields by developer William Levitt and his architect brother, Alfred, Levittown is to the suburb what the Model T is to the car: a pioneer of mass-produced good design that changed society. The Levitts built their town as the nation’s first planned suburb, its 17,447 nearly identical Cape Cod– and ranch-style houses created for GIs returning from war. A finished house, complete with crabapple and willow trees, could be yours for $7,990 — or $100 down and $66 a month.

Levittown taught me vital lessons and principles that I’ve carried through my career. It made me appreciate density and scale, and the balance between the two: the community was spread out over just a few square miles, but the homes’ modest size turned their concentration into a virtue. The Levitts understood that the space between buildings was just as important as the houses themselves, because it helped mitigate any sense of claustrophobia. Levittown’s houses were spare, but they evoked warm feelings of hearth and home nonetheless. The floor plans were easily adjustable, thanks to the smart inclusions of swiveling cabinets and room dividers, and they were designed to expand — one neighbor after another added bedrooms upstairs. This adaptability proved to be one of the secrets of Levittown’s longevity, letting successive generations of homeowners reimagine and customize the buildings.

I absorbed all this as I grew up — before I was ten, I was making little models of the local houses for my American Flyer train set. The lessons of Levittown led me to architecture, and that, eventually, brought me to New England.

What makes your business stand apart?

Patrick Ahearn’s historically motivated, human-scaled designs have advanced the art of place-making in some of America’s most affluent and storied destinations. Whether carefully restoring century-old landmarked townhouses in Boston’s Back Bay or creating new homes that reimagine the local vernacular of Martha’s Vineyard, Ahearn demonstrates an unparalleled ability to combine the romance of traditional architecture with the ideals of modernism. With his work, he sensitively balances preservation with innovation to make buildings that feel truly timeless.

Ahearn adapts and applies philosophy’s “greater good theory,” to each of his projects. The idea of the greater good encapsulates his profound belief that architecture has the power to improve lives, to increase happiness and to encourage friendly and familiar interactions. It serves as a guiding principle for all of his work. To achieve the goals of this theory, Ahearn designs buildings that are human-scaled and sensitively sited, paying as much attention to the spaces between structures as to the structures themselves. The greater good theory allows Ahearn to create what he calls “non-ego-driven architecture”: He measures the success of his designs not on their ability to embellish the reputation of his clients or himself, but instead on their capacity to enhance the public realm.

A master of vernacular architecture styles, Ahearn develops his schemes based on decades of careful study and extensive knowledge of historic and regional context. Through the practice of what he refers to as “narrative-driven architecture,” he creates a storyline for every home he restores, renovates or builds from the ground up. This scripting gives his buildings a sense of implied history, and at the same time lets them expand in scope and plan to contain the various needs of 21st-century living. It also helps his houses comfort their residents and guests with a nostalgic sense of familiarity and a reassuring link to the past. Ahearn uses rich materials, artisanal craftsmanship and pitch-perfect period details to create buildings that look just right in their locations, as if they could have been built three centuries ago or just last year.

Aesthetically, his buildings are clearly and authentically connected to the character and history of a locale, but, at the same time, their programs, plans and integration of technology celebrate the way we live now.

How many years have you been in business?

What do clients have to say about you?

"When we decided to build our retirement home on Martha’s Vineyard, we knew the importance of selecting a world-class architect who could interpret our ideas and turn those into a beautiful home our family would enjoy for generations. Our intent was to build a gambrel style summer cottage reminiscent of those built just after the turn of the century, and added onto over the years. We knew we wanted something simple and open, yet significant enough to accommodate our family and friends year-round. We selected Patrick Ahearn because he is renowned for historic interpretation and renovation. Having seen several examples of his work and having studied the work of other great architects, we recognized Patrick’s attention to detail and beautiful designs rivals the best architectural work in the country. Patrick patiently worked with us over time refining our design to meet our needs. He spent time understanding the land and its surroundings and siting the house to maximize views over the meadow out to the ocean, while affording us privacy from our neighbors. He selected materials that are both functional, and beautiful. His plans were detailed, and he even recommended a number of builders and interior designers for us to interview. The construction took just over two years, and Patrick remained involved by supervising the work with the builder and approving invoices before they were submitted. He sourced materials such as antique flooring, and made modifications along the way to ensure every detail was attended to. The end result is a beautiful home that will stand the test of time. We are thrilled with the outcome and are extremely grateful we selected Patrick Ahearn for this project. We would highly recommend him to anyone interested in quality work, attention to detail, and masterful design. He is simply the best."

"Before we hired Patrick Ahearn Architects to design the renovations for our historic home in Edgartown (Martha’s Vineyard), we did a lot of research about who we should hire. We chose PA Architects because of their previous work on the island and with historic homes. We had no idea that we would get personalized service from Patrick Ahearn himself and that he would be so responsive and available during the entire process. Their designs were thoughtful, functional and beautiful. The firm was very professional in their execution of the work and gave us all of the deliverables on time. Patrick’s handling of the historic district approvals, coastal commission approvals and zoning approvals was nothing short of mastery!! Don’t consider anyone else!!"

What geographic areas do you serve?

Primarily New England be we do work all over the world. We are currently working on two homes in the UK and one home in Scotland.