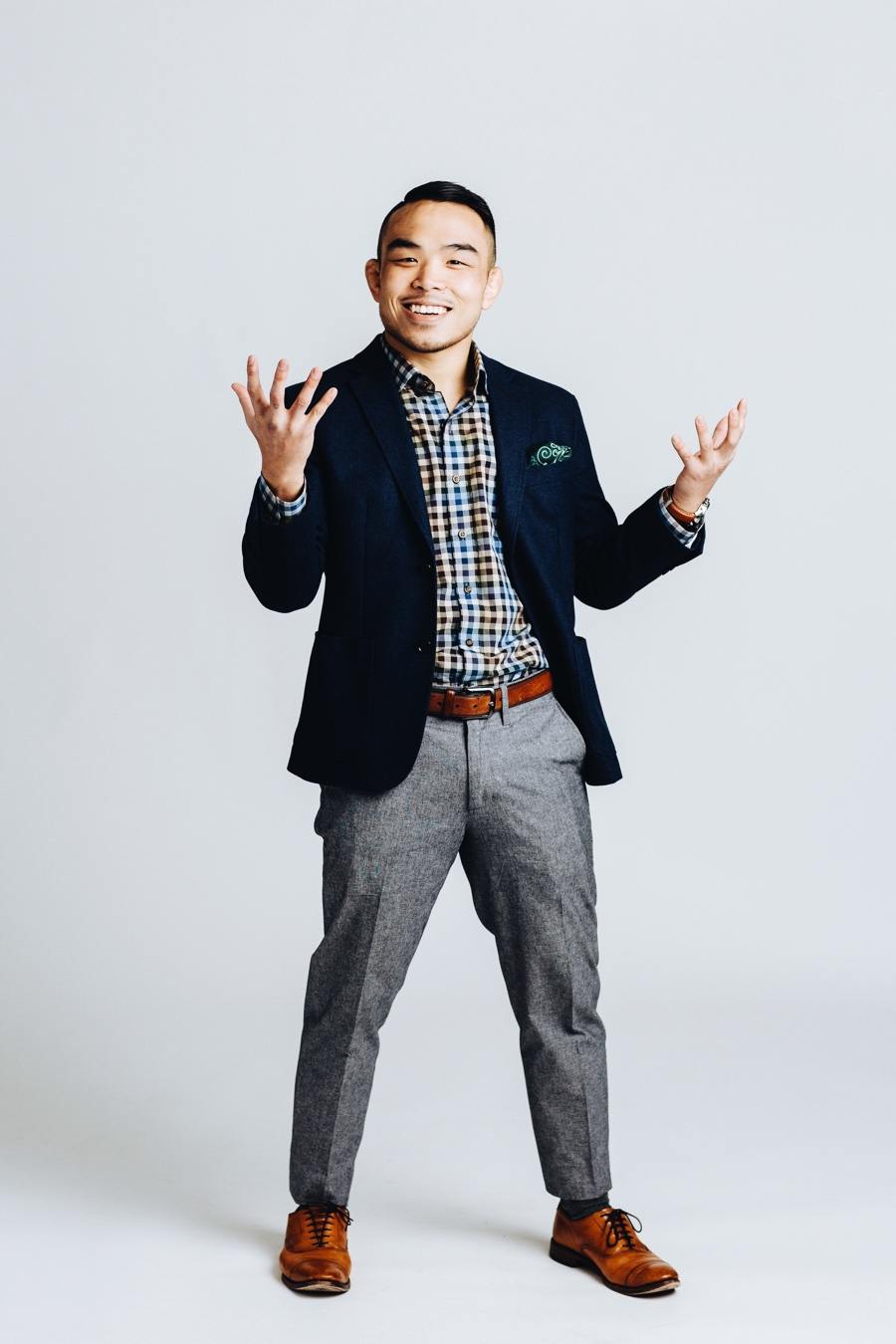 My middle name is my Chinese name and I go by that.

Tell me more about what you do, because you have a unique profession.  I’m a style coach, so I try to give men the tools they need to express themselves visually and put their best foot forward. But then, I’m also a professional fighter.

How did you get into the fighting? I’ve been doing martial arts since I was a little kid. When I was maybe 17 or 18, I wanted to try fighting, but I was also overweight – I used to be 50 pounds heavier! I went to a gym and they were like lose 30 pounds and we’ll talk. I lost the weight, and then I lost my first match. But I did another and another and I started putting together a good streak and eventually became the number one amateur in my weight class in New England. I went pro and became the number one pro in my weight class in New England. But I lost my last fight two years ago to someone I had already beaten, who got me on the rematch, and then I had a series of knee injuries. So I haven’t fought in two years, but I have one coming up!

Oh my gosh, how do you feel? I feel good, ready to go.

You look like you’re in incredible shape. I feel like what really gives me that look is the tailoring of my clothes.

How did you get into the styling consulting? Most fighters at a local level don’t make enough money. I had a fight on tv and was only paid $5000. So if you can only fight a couple of times a year, that’s not going to work. A lot of fighters are also personal trainers, and that’s what I was doing, but I found that doing what I love as a job, just becomes a job. I started to resent the time I spent training in the gym. I knew I needed to got out of it or I wouldn’t want to compete anymore. The only other skill that I had was dressing well.

Not everyone has that skill. I think it’s more societal. Women are encouraged to let their style flourish, but guys are asked why they care so much. I think it’s been brainwashed out of us dudes, but I think every guy wants to look good. I also think I can relate to people who have fit challenges because I’m an athletic guy, but I’m also as a short guy, so nothing ever fits off of the rack.

How would you describe your style? Classic menswear with some modern swagger. The classics are classic for a reason, but you’ve got to keep it rolling with the times. I try to have the playfulness and the flair that 2018 has, but pair it with trousers and a blazer. Just because you’re wearing a blazer, doesn’t mean that you have to look like grandpa.

Do you wear a suit everyday? I hardly ever wear a full suit, because most times, it can be a little off putting or give someone the wrong message. I like to wear a blazer and trousers as much as I can.