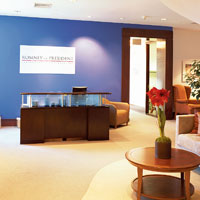 Former governor Mitt Romney hasn’t completely left Massachusetts behind. He’s still got a campaign office in the North End (which we told you all about in the February 2007 issue of Boston magazine). It seems a couple of men from Cambridge wanted to see it for themselves and broke into Romney’s Boston headquarters.

This is the second break-in at Romney’s offices. The first was back in September.

While the political affiliation of the two men is unknown (we’re calling it right now—registered independents who lean liberal), Romney’s security team alerted the police to the break-in and authorities nabbed the men outside the building.

We can only hope the guys who broke in saw some intense stuff. If you have proof that Romney has Big Love DVDs and a stash of Rogaine in his office please let us know, gentlemen.