It’s the weekend. You can spend it trying to memorize the names of all our presidents, or you stop being such a geek and enjoy it. Here are some suggestions for your precious two three days of total freedom, prepared for you by Boston Daily. 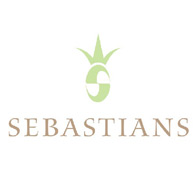 If watching My Big Fat Greek Wedding made you crave some tzatziki-smothered lamb, you’re in luck. Sebastian’s Food and Film Series continues tonight with food inspired by the 2002 hit movie.

The writer’s strike forced us to learn more about the inner workings of Hollywood than we ever cared to know. Which means we’ll probably be able to appreciate David Mamet’s Speed-the-Plow even more. This Tony-nominated Hollywood satire opens tonight. 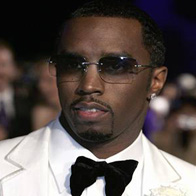 Your dreams of reality TV stardom could come one step closer to fruition today. You can either Work for P. Diddy or lose that extra weight on The Biggest Loser.

After we injured ourselves on the slopes last weekend, we’re looking for some less dangerous outdoor winter activities. The DeCordova Museum delivers with guided snowshoe tours of its grounds.

Sadly, the only Massachusetts resident still running for president is Jimmy Tingle. Yet another reason we miss Mitt Romney. 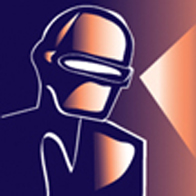 The nerds have taken over. The Somerville Theater goes geek for 24 hours for the Boston Sci-Fi Film Festival. That’s a whole lot of aliens and renegade computers.

The weak dollar makes a trip to Spain even more expensive than normal. Get a taste of the culture with Noche Flamenca and Soledad Barrio. This troupe of dancers, singers, and guitarists bring all the romance of Spain without getting your money changed into Euros.

If you forgot to take your sweetheart out on Valentine’s Day, you’ve probably been in the doghouse. See if bringing your angry partner to the Valentine’s Brunch at the Boston Wine Festival will at least get you promoted to sleeping on the couch.

Those with stage fright would do well to stay away from the ICA’s exhibit The World as a Stage. The exhibit makes spectators part of the art itself.

If you forgot it’s school vacation week, the flood of prepubescent girls flocking to the Garden for High School Musical: The Ice Tour should remind you.

And if you are one of the stone-faced parents stuck bringing a kid to the show, at least use her slavish devotion to the Disney musical to do some good. The Skate to Freeze Cancer pairs the Dana-Farber Cancer Institute with the High School Musical Ice Tour to raise money for cancer research.

The Foo Fighters had a pretty good night at the Grammys on Sunday. See if they can keep it up as they rock Worcester.

It’s truly an historic election season—we hear the frontrunners are an African ibex and a female lion. Help the Franklin Park Zoo elect its first president during the PreZOOdential Election Week.