It’s the weekend. You can spend it practicing your Oscar speech, or you stop being such a dork and enjoy it. Here are some suggestions for your precious two days of total freedom, prepared for you by Boston Daily. 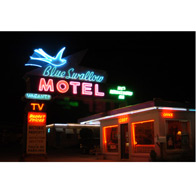 Did you know that Bob Marley is a white guy from Maine who appeared in the cult classic Boondock Saints? If you don’t believe us, the comedian performs at the Comedy Connection tonight.

Instead of bathroom breaks, the SMFA Traveling Scholars stopped to relieve themselves of the urge to create. See the works inspired by the artists’ travels around the world.

It may be cold and snowy here in Boston, but it’s warmer in Sonoma. Sample the vintages from the Hanzell Vineyards and a fabulous meal at the Boston Wine Festival.

Newport, Rhode Island is one of our favorite places to spend a summer weekend. Since you’ve got a while to wait, why not enjoy a winter weekend on the quaint island? The Newport Winter Festival features a variety of family-friendly activities like ice skating and tours of the Newport Mansions.

We’ve decided the next thing we must have in our apartment is a Mojito Hut. TomorrowNite 2008 is a Cuban-themed fundraiser for St. Jude’s Children Hospital that features Latin dancing, gourmet food, and the aforementioned mojito hut.

You wanna be on top? If you think you’re fierce enough, strut your stuff for the America’s Next Top Model casting agents. If history is any indication, you have a pretty good shot. 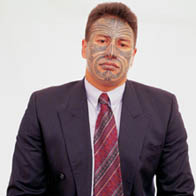 There is a culture in which coming home with a facial tattoo isn’t grounds for being disowned. The Peabody Essex Museum examines the Art of the Maori Tattoo.

Boston Rocks the Oscars, and Boston Daily hopes to rock the red carpet at the gala. This officially-sanctioned Oscar party brings out Boston’s stars to watch the proceedings live from California while sipping drinks and dining on an upscale menu. Proceeds benefit the Ellie Fund.