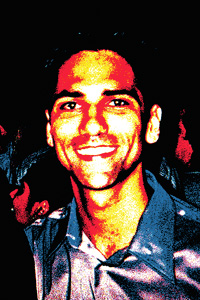 In the April issue of Boston magazine (on newsstands now!) we examined the case against Gary Zerola, the Boston lawyer and former Most Eligible Bachelor who’s been repeatedly accused of raping young women. In January, Zerola was exonerated on the first charge against him. Today, a jury found him not guilty on a second sexual assault charge.

Zerola was obviously pleased with the verdict.

He later told the Herald, “I have faith in God and I have faith in our system of justice. Today is a victory for all those people who are falsely accused. If you speak the truth long enough and loud enough, eventually you will be heard.”

He’s not completely in the clear yet, however. Zerola still faces a sexual assault charge in Miami for allegedly raping a woman he met there while on a trip that violated the terms of his parole. As BoMag’s piece points out, life still isn’t great for the alleged criminal.

Perhaps most humiliating, the man who made it his mantra to work hard and play harder can no longer play at all. Every day, Zerola must call a probation officer when he leaves for the office, and twice more during the day, the last when he returns home. Which these days is always well before the clubs close.