It’s the weekend. You can spend it anxiously awaiting the arrival of the Red Sox at Fenway Park, or you can tune into the games in Toronto and enjoy it. Here are some other suggestions for your precious two days of total freedom, prepared for you by Boston Daily. 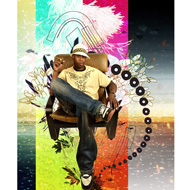 Martin Luther King, Jr. was assassinated 40 years ago today in Memphis. Forty Years of Inspiration: The Cultural Legacy of Martin Luther King Jr. brings together musicians, writers, and actors to celebrate the legacy of the civil rights activist.

The American Liver Foundation Gala honors Bobby Banks of Ironworkers Local 7 Boston, who is the founder of the Run for Research team. Bob Lobel serves as emcee, so get your fix of the sportscaster while you can.

There’s nothing worse than a wine hangover, especially when you’ve been drinking vino for the past three months. Say goodbye to the long-running Boston Wine Festival at tonight’s closing reception.

Kurt Vonnegut is still as incisive as ever, even though he passed away a year ago. His son Mark Vonnegut reads from the author’s posthumously published book, Armageddon in Retrospect. 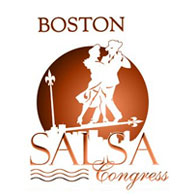 It’s Dancing With the Stars meets C-SPAN. The Boston Salsa Congress celebrates its new digs with a three-day extravaganza of performance and lessons.

Give your feet the night off while raising money for a good cause. The 40th Anniversary Gala for Special Olympics may be black-tie, but you’re asked to wear your sneakers for footwear.

Don’t stop till you get enough! The Coolidge Corner Theater brings back its popular Midnight Sing-A-Long series with an evening of Michael Jackson videos.

If the members of Bang Camaro are looking especially handsome at Saturday’s concert to benefit Ernie Boch Jr’s Music Drives US Foundation, you have us to thank. You’re welcome. 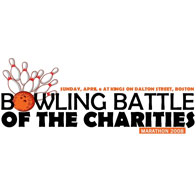 What, nobody’s raising money to buy some bowling classes for Barack Obama? Bowling Battle of the Charities pits teams led by local celebrities to raise money for several area nonprofits.

Can ballerinas look fierce in anything but a tutu? Find out at the Boston Ballet School Fashion Show.

We can’t wait to see what heights Katt Williams reaches in The Pimp Chronicles, Pt. 2. The HBO comedy star makes a stop at BU on his It’s Pimpin’ Pimpin’ Tour.

Isn’t the whole point of going out to eat not our own food? Coriander Bistro chef Kevin Crawley demonstrates how to prepare a multiple-course meal and sends you off with the recipes at a cooking class fundraiser for the Massachusetts Chapter of the American Parkinson Disease Association.