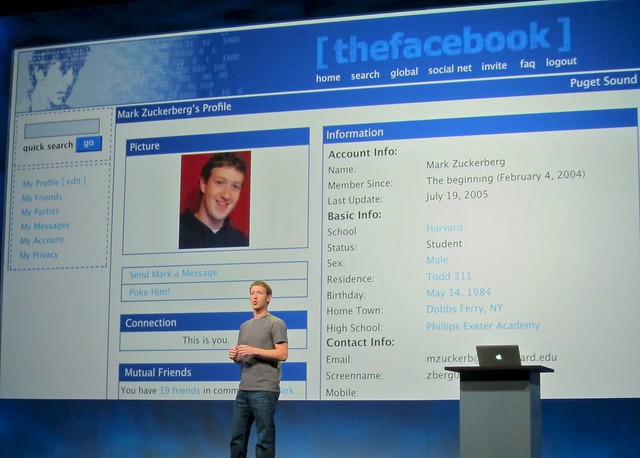 Personal information is power, and Facebook has a lot of both. And now Facebook is looking for the formula that leverages the Power of Personal Information into a more traditional marker of influence: money. Get ready for your secrets to become currency. So you once posted a picture of yourself drinking a Corona, eh? I bet you’d also like a coozy and a deal on an airline ticket to Cancun. Amirite?

Facebook’s genius is it’s ability to convince 900 million (and counting!) people to exchange their personal information, preferences, and privacy the experience of staying connected, however tenuously, to thousands of “friends.” Of course, that was old Facebook. New Facebook will be a slave to Wall Street, and in publicly traded companies pleasing the shareholders is paramount. Think of it as an advertising company that already knows exactly what you want — because you’ve been meticulously telling it (and, yes, the rest of the world) since you sent your first poke. Collecting the money will be as easy as making teenagers depressed — at least that’s the plan.

To that end, Facebook execs came to Boston this morning to pitch the hyped-to-death IPO to banker and moneyed types. Facebook’s founder and CEO, Mark Zuckerberg, didn’t show (side note: Can some newspaper please use the headline “Zuck Snubs Hub”?) which will probably raise questions on what type of CEO the young billionaire will become.

But here’s the weird thing: It’s normal for a tech company to raise money from the moneyed class — bankers, business folk, tech millionaires — but somehow Facebook seems like it should be different. Yes, the company is planning to set aside a token amount of stock for smaller investors, but the majority of the $10 billion it’s trying to raise will come from the usual sources.

That raises a few interesting questions: Why is Facebook willing to overlook investment from the very people who use the site? And then, how does it actually view those who are signed up? Are they the important end users, as has (seemingly) been the case, or are they now just the grist in some enormously profitable (maybe) ad delivery machine? I’m betting it’s the latter, but I’m still not deleting my account — yet.