Will NStar Ever Stop Sucking? 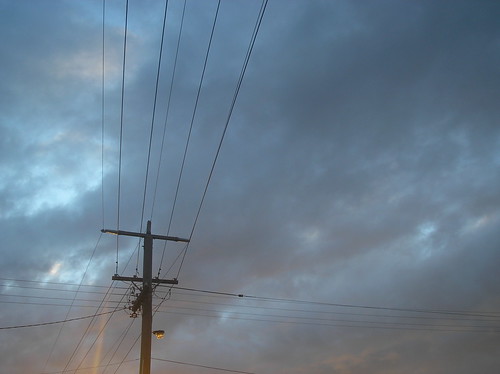 Just when you thought it was safe to praise NStar for its relatively quick repair of suburban power lines damaged by yesterday’s storm, the state’s biggest power supplier steps in it once again. This time, as the Globe reports today, the company is clear cutting trees in residential neighborhoods to prevent, what else, them trees from falling on them power lines. NStar, why are you making it so hard to like you?

We should be celebrating electricity and the 100th anniversary of the invention of the air conditioner, not sitting around in dark or staring out of stump-dotted backyards enjoying a fresh new view of towering transmission lines. According to the Globe, NStar is about to take a mower to a 17-mile-long right-of-way between Southborough and West Roxbury. To be clear, the company owns this land, it just forgets it has neighbors. If corporations are people, this one is like Mr. T, and we’re the pitiable fools.

Anyway, we’re not asking for much — well, Mayor Menino asked you to repay companies for money lost during the March blackout (quoth NStar: denied!) — but the rest of us just want reliable power and a lot less b.s. Here’s how to do it.

2. Stop being bad neighbors. We can appreciate the bind you’re in with not wanting trees to fall on your lines, but did you really — like, really — have to clear cut to accomplish that? The Globe reports that some trees were standing for 20 years. How could this be the first time you’ve addressed this since the H.W. Bush Administration?

3. Own up to your mistakes. You think taking your licks is bad for P.R. But you know what’s bad for P.R.? Denying that anything you bungled in any of the last few bungling operations was your fault.

Look, we’re going to continue to suck up your juice for the foreseeable future. We’re addicts; we’re fiends. But that doesn’t mean you have to treat us like expendable, always-short junkies.