Does it really cost more than $42 million to win a Senate seat? 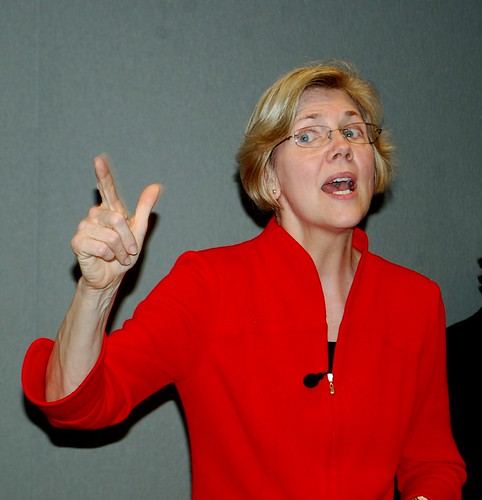 It turns out it cost newly elected Massachusetts senator Elizabeth Warren more than $42 million to defeat incumbent Scott Brown in November—$400,000 more, to be exact. That’s how much debt the Warren campaign said yesterday that it had accrued, even after having recorded one of the largest fundraising hauls in senatorial campaign history.

While many have been quick to point out the irony of the Harvard debt and bankruptcy scholar running her own campaign into the red, it’s not all that uncommon for a campaign to end in debt. The uncommon part of all this is that so much money had to be spent in the first place. Does it really cost more than $42 million to become a senator in America these days? If you’re in full-blown panic about the guy who won the seat last time, it does.

Back on Election Day, I heard that panic first-hand. When I walked through my front door after voting, the phone rang in the kitchen. Still edgy from the weeks of incessant robocalling, I approached the phone with caution, hesitating to pick it up but then figuring, surely those calls are over now.

And yet, whose voice did I hear on the other end of the phone? Elizabeth Warren’s, of course. For a moment I thought maybe she was calling to thank me for my vote. But then I heard the worry in her hastily recorded message. She said voter turnout was looking low. She urged me—begged, really—to get out and vote for her.

Liz, I wanted to say, I just did. Please put down the phone. My voting location in Central Square was packed. The polls are looking good in your favor. You’re going to be our next senator. You can put your feet up now, relax.

I remembered that phone call yesterday when I heard Warren’s explanation for her campaign debt. She cited those last-minute get-out-the-vote efforts—including pizza and coffee for campaign volunteers—as the main sources of unforeseen expense. That call she made to me was certainly money not well spent.

But those expenses were really just symptoms. The real reason her campaign’s mountain of donor money still didn’t cover the costs of her enterprise stemmed from something more primal—sheer, unadulterated panic, coupled with the the abject fear that, in a state bedeviled by a history of not putting women in the highest positions of government, Warren would go down as no more than another fumbling Martha Coakley, that the professor would have to slink back to Harvard, the Senate would tip Republican, and the barn coat would win.

I can’t blame Warren or other Democrats for their panic. They’ve been burned so many times before. But I do hope big donors saved some of their millions. Because, if John Kerry gets tapped for higher service, which is highly possible, they may have to shell out another $42 million-plus to keep Brown from ending up back where this story began.

I, for one, will be unplugging my phone.