Not Everyone Thinks No Mail On Saturdays Is A Good Idea

"It really does hurt people," the president of the local postal workers union said. 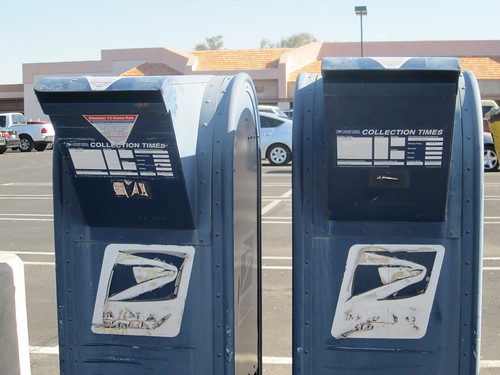 Starting in August, mail will no longer be delivered on Saturday. In today’s e-world, this seems like a decent strategy to save about $2 billion a year for the postal service, which is bleeding nearly eight times that amount annually, and a way to make a stab at preserving the dying agency. And most Americans tend to agree.

Here in Boston, however, not everyone thinks so.

“I will stop shopping on Saturday and Sunday when this goes into effect,” one commenter wrote on a recent Globe story about the proposed Saturday service cut. “My veterans check always comes in on Saturday. That means that I don't get any money until Monday. This is a stupid move.”

Under the plan, postmen will no longer deliver mail on Saturday but will continue to drop off packages six days a week. Post offices that are open on Saturday will remain so.

Postal workers, however, are seriously concerned. “You go into these poor communities like Roxbury or Dorchester that have senior citizens and complexes for the disabled,” says Paul Kilduff, General President of the Boston Metro American Postal Workers Union, “and they’re going to be harmed. Prescription delivery, money from relatives and the things that people depend on to pay bills. People rely on the post office and some of these companies that are open on Saturday won’t receive payments. And if it gets there on Monday, it might be late, and the person gets a penalty. So it really does hurt people.”

The root of the problem seems to be the surging cost of the mandatory funding of future retiree health benefits, which accounted for more than $11 billion of the agency’s nearly $16 billion in losses last year. If Congress were to get rid of this expenditure, argues Kilduff, then it wouldn’t be too hard to bring the postal service into the black and it wouldn’t be necessary to cut services and also fire employees.

“Those long lines at the post office are because they’re cutting staffing so drastically,” says Kilduff, “and this is just one more step toward cutting customer service out of the postal service. This is just the start of it. By 2015, we may not even have mail delivered to our doorsteps anymore. [Postmaster General] Patrick Donahoe is the worst we’ve ever had, and we’re calling for his resignation. He’s killing us.”