Wes Welker Is Testing The Free-Agent Market … Or Is He? 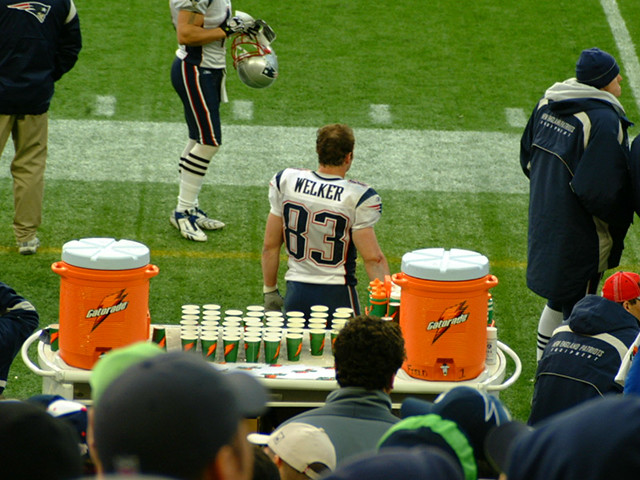 Please, please, PLEASE make a decision on your future soon. I won’t begrudge you for signing with another team, but for God’s sake, if you’re going to do it, do it soon.

It’s once again the time of year when NFL free agents typically bolt for other teams, or at least pretend like they’re going to. Inevitably, this dance leads to story after story speculating where players will end up. Most of what’s reported is vague, of course. And that’s not necessarily the media’s fault. There’s just so much misinformation spread by teams, players, and agents. (Especially by agents.)

This week, multiple reporters attempted to break down your situation. Sadly, at this point it’s seemingly a futile exercise. Just after midnight on Tuesday morning, Jason Cole of Yahoo! Sports—someone I genuinely enjoy reading—published a column that seemed to hint that you might be on the way out of New England. “What’s important to consider is Welker’s somewhat mild disdain for the Patriots right now, according to a source close to the player,” Cole wrote. D’oh. You can see how that was rough news for Patriots fans to swallow, right?

Then, late Tuesday morning, Mike Giardi of Comcast SportsNet New England reported that you and the Patriots were “… closing in on a multi-year contract that would allow [you] to remain in New England. An NFL source says that the two sides are hoping to have something finalized before the onset of free agency on March 12. According to the source, the two sides have come to the understanding that they are far better with one another than without.” Things were looking up. Sweet!

Think again. That afternoon, ESPN chimed in with an anonymous league source, reporting that you have “… no plans to re-sign with the team before first testing the free-agent market next week.”

It’s Thursday morning now, and I don’t have a clue what’s going on with you, Welker. As Boston.com columnist Eric Wilbur put it: “Your daily Wes Welker update: NOBODY KNOWS!!!!” Wilbur was joking, but, as Shakespeare once wrote, “jesters do oft prove prophets.” Over the next few days, we should be prepared for a bunch of updates. Many will be bogus. Some may be accurate. But it may be hard to differentiate between the two. As the Globe’s Greg A. Bedard wrote, “Prepare … for breathless reports about how such and such team is in the lead but three other teams are expected to get into the bidding. And it will go on all the way until Tuesday.”

So, please, Welker, make up your mind. It’d be nice to end this misery soon.