As Boston Police crack down on house shows, musicians are looking for new places for bands to play. 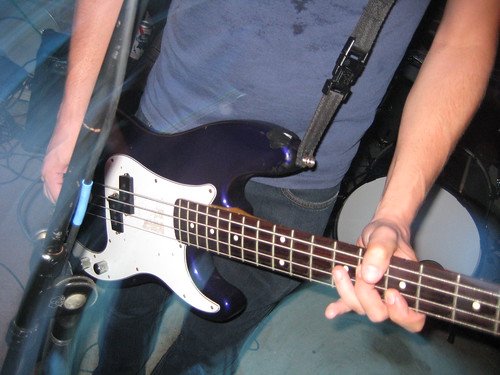 After continuous stories surfaced in late March indicating Boston Police officers were allegedly posing as area music enthusiasts looking for the latest basement shows and free concerts at unlicensed locations only to show up in uniform and break up the gatherings, Ryland Hall decided it was the perfect time to find a new home for musicians to congregate and play tunes.

Hall, 25, is in the midst of conducting extensive research before he sets his project, “The Boston Musicians Collaborative,” in motion. But his ultimate goal is to establish a nonprofit entity that can support the needs of bands and performers in the city without violating city noise ordinances and relying on bars and clubs to put on performances.

“[I want to] start a new venue for musicians that will kind of fill the void left by all the places that have been shut down by the cops in the past year. I used to have a basement place I would run in Allston that got shut down over the summer and it was a very heartbreaking and frustrating thing,” Hall says.

Crackdowns on “Do It Yourself” or DIY shows at the hands of Boston Police, like the one at Hall’s residence, have been consistent since November. More and more reports have rolled in from the rock-generating community, claiming officials put an end to unlicensed jam sessions held in basements and practice spaces.

In December, the music blog AllstonPudding.com reported that two namesake spots known to underground acts and fans alike had the plug pulled by police, and were ordered to cease operations. “Two of our most beloved DIY music spots got shut down by the city. Every weekend, free musical happenings are getting shut down all over Allston. The assumption is wild keg party, but more often than not, the reality is [they are] a simple bond of music and creativity,” wrote website author Perry Eaton at the time.

A month after the double-crackdown on those DIY spaces, a spot known as “Uncle Crummy’s” was also closed and cited for serving alcohol and selling merchandise without the proper permits. The operator’s at that venue go before city officials this week to determine their fate for hosting the impromptu performances.

It was these shutdowns, followed by a surge of alleged police snooping online, that convinced Hall to turn the volume up on a new concept for DIY get-togethers. “Right now this project is essentially me trying to get things off the ground. I am working toward setting a nonprofit status so that in the future we can be legit,” says Hall of his project and plan to find a place for bands to play. “The DIY venues and basement venues are something people have been having a great time with and before they were shut down, shows were a lot more consistent. There ought to be one venue that is run by musicians, for musicians, with the top priority being that you get the bands and audience together, and everyone has a really good time.”

Based on previous petitions and calls for more underground music options, Hall should be able to generate strong support for his proposal. In November, those in the local music scene who frequented house show in the Jamaica Plain and Allston neighborhoods of Boston asked police to ease up on shutting down their favorite spots, highlighting the importance of a scene that attracts up-and-coming acts. In a petition posted to Change.org by musicians, they said,  “these DIY locations are an important part of the area’s subculture, which is important to the entire city! They make a formidable proving ground for upcoming artists and mecca of underground wisdom and ideologies. These places are part of what make a city famous, what makes a city rock! They make us proud to call this city our home. Places like this need to be able to continue doing what they do.”

Liz Pelly, former music editor of the Boston Phoenix, says that, despite police crackdowns on house shows, they’ll continue to thrive. She says Hall’s idea of a nonprofit space could work and would give bands a place to perform, outside of bars and clubs, without being cited and risking arrest. “It’s not impossible. People are quick to dismiss the idea of a nonprofit space, but lots of examples [prove] that if you have people working hard enough they can pull it off. They ought to be able to do it Boston.”

In the meantime, until Hall’s research is complete and he gauges the attitude of musicians about trying to launch a mutual performance space, Pelly says the city is wasting resources trying to put an end to a scene that won’t quit. “The thing about booking house shows and having DIY spaces, it’s done by people who are driven and passionate about making these things happen, regardless of what the laws are,” she says. “Most people might know there is something illegal, but just don’t care. They could make all the laws they want, but the people who really care enough about the shows and culture aren’t going to stop doing that.”