There's no real comparison between the RNC fiasco and Barack Obama's re-packaging of Deval Patrick's words in 2008. 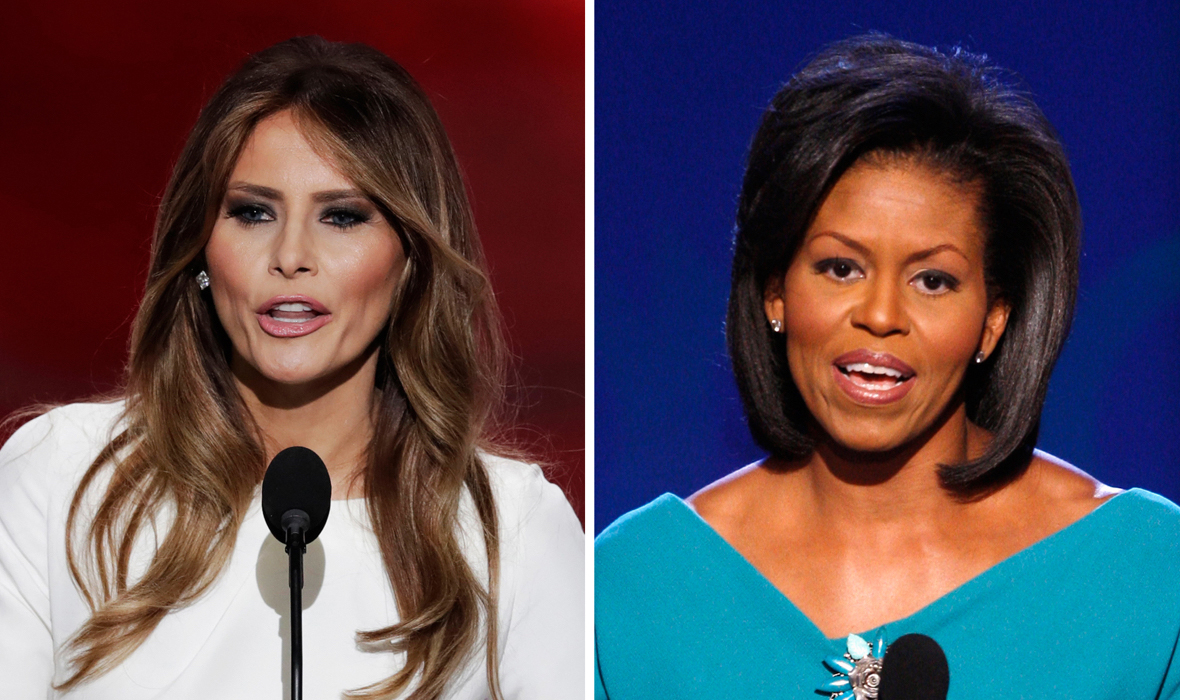 The big story that has everyone in a tizzy after last night’s carnival in Cleveland has brought us another example of one of the world’s favorite targets of scorn: the speech-giving plagiarist.

Melania Trump’s Monday night address to the Republican National Convention, it became clear pretty quickly, had passages in it lifted from a similar one given by then-soon-to-be First Lady Michelle Obama in 2008.

In case you missed it:

Here we go again. This isn’t the first time this sort of thing has been an issue. See, for reference, the Guardian’s helpful “A short history of political plagiarism” or CNN’s “From speeches to Ph.D.’s: Politicians called out for copying.” Vice President Joe Biden, former Canadian Prime Minister Stephen Harper, and neurosurgeon and former GOP presidential candidate Ben Carson have all been in this most embarrassing of spotlights.

Of course, we’ve been through this in Massachusetts before, too, although the circumstances were very, very different. Flashback to 2008, when Hillary Clinton’s campaign, then battling with Barack Obama’s for the Democratic nomination for president, accused Obama of stealing lines from then-Governor Deval Patrick.

A rundown, as presented by CBS at the time:

Obama’s speech Saturday sounded similar to a speech given by Patrick in his 2006 campaign for governor, according to the video.

Patrick used many of the same phrases in his speech.

Patrick, a friend and booster of the candidate, would later come to Obama’s aid and dismiss the allegations as just another pointless line of attack. Patrick even encouraged him to use the phrases, Obama said at the time, while claiming to regret not citing his source.

“I was on the stump, and he had suggested that we use these lines. I thought they were good lines. I’m sure I should have—didn’t this time,” Obama said, according to CBS.

In 2008, Slate’s Jack Shafer noted how well Obama fared against Clinton’s accusations. A lot of that had to do with the Obama-Patrick relationship and their similarities. He wrote:

Patrick and Obama, who rely on the same campaign wizard, David Axelrod, have shared enough campaign rhetoric to be declared separated at birth, as this Boston Globe article from 10 months ago shows. Here’s additional evidence of Patrick-Obama sharing from Jake Tapper’s blog. As someone who has endorsed and advised Obama, Patrick occupies the position of a campaign volunteer or even a collaborator. Given the conventions of campaign oratory, I’d have a hard time diagnosing plagiarism on Obama’s part—as opposed to poor form—unless Patrick alleged that his friend fleeced his words, which he hasn’t and won’t.

It’s probably safe to say Melania Trump can expect no such help from the Obamas. And time will tell whether the Trump camp’s reaction, crying foul about Clinton, will help or hurt things.

“Once again, this is an example of when a woman threatens Hillary Clinton, she seeks to demean her and take her down,” campaign manager Paul Manafort told CNN this morning, according to Vox.

Another very important question worth considering: Was the Melania Trump speech actually just the result of world-class trolling, given that it also harbors what is basically barely concealed Rick Rolling?

I believe 100% that Melania Trump’s speech writer slipped in a Rick Roll. Amazing.https://t.co/zSiOrQb1X1