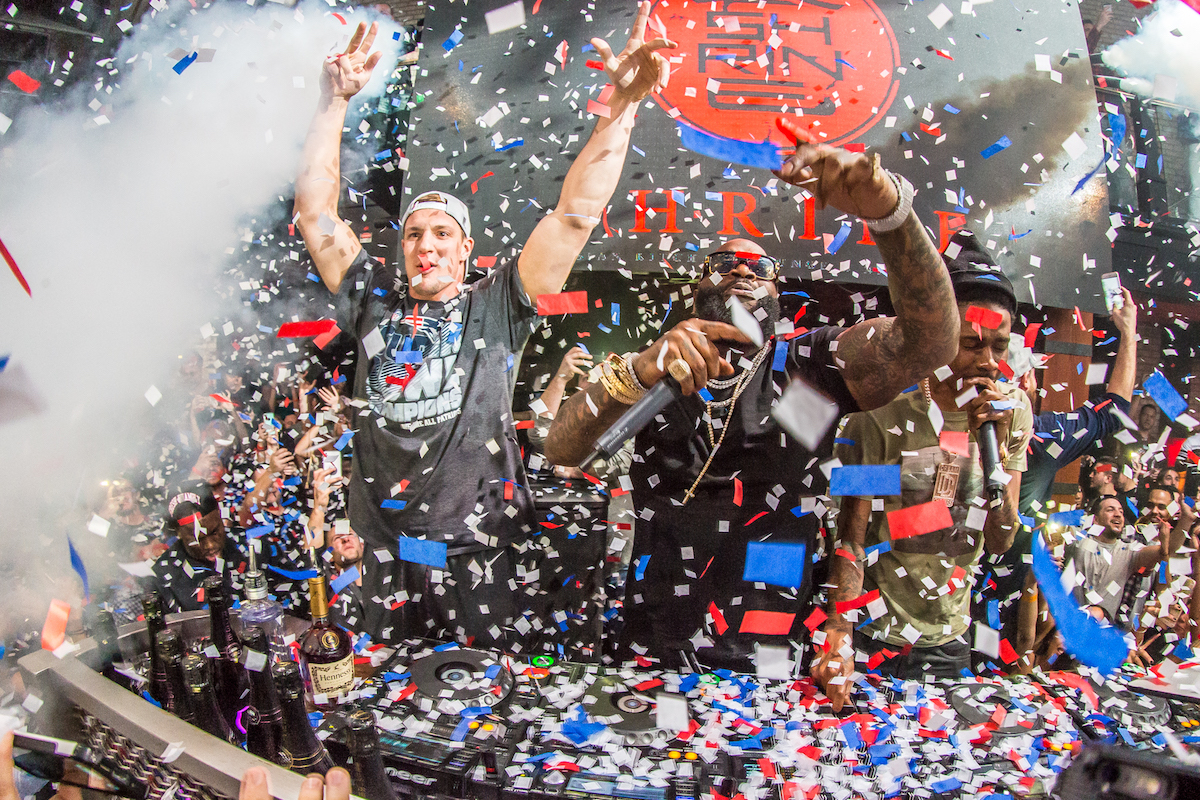 You think it’s easy being Gronk?

You think it’s all party boats and vodka-Red Bull waterfalls? Please. Rob Gronkowksi has turned partying into a discipline, one that requires careful study and dutiful practice. Like Buddhist monks who can lower their heart rates to a near-stop through meditation alone, what Gronk does takes years of training and 69 jokes.

The latest to learn this was rap mogul Rick Ross, who joined the two-time Super Bowl champion Patriots tight-end at Foxwoods Resort and Casino in Connecticut and blew chunks everywhere. Multiple times.

Ross appeared on Charlamagne Tha God and Andrew Schulz’s “Brilliant Idiots” podcast to recount his Gronking. He had been drinking Luc Belaire sparkling rosé at around $12,000 a bottle, then switched to hard liquor once he met up with Gronk.

“I was mixing liquors. So when I went up on stage an hour or two later and started performing, jumping around, drinking, going back to the rosé, I said, ‘Whoa. I feel different,'” Ross said. “Every time I started to throw up, I squatted…Maybe about the fourth trip down, that’s when Gronkowski [said], ‘You need me to do something for you?!”

Ross vomited a few more times after that