"Thousands" took part in a voter fraud conspiracy, he said. 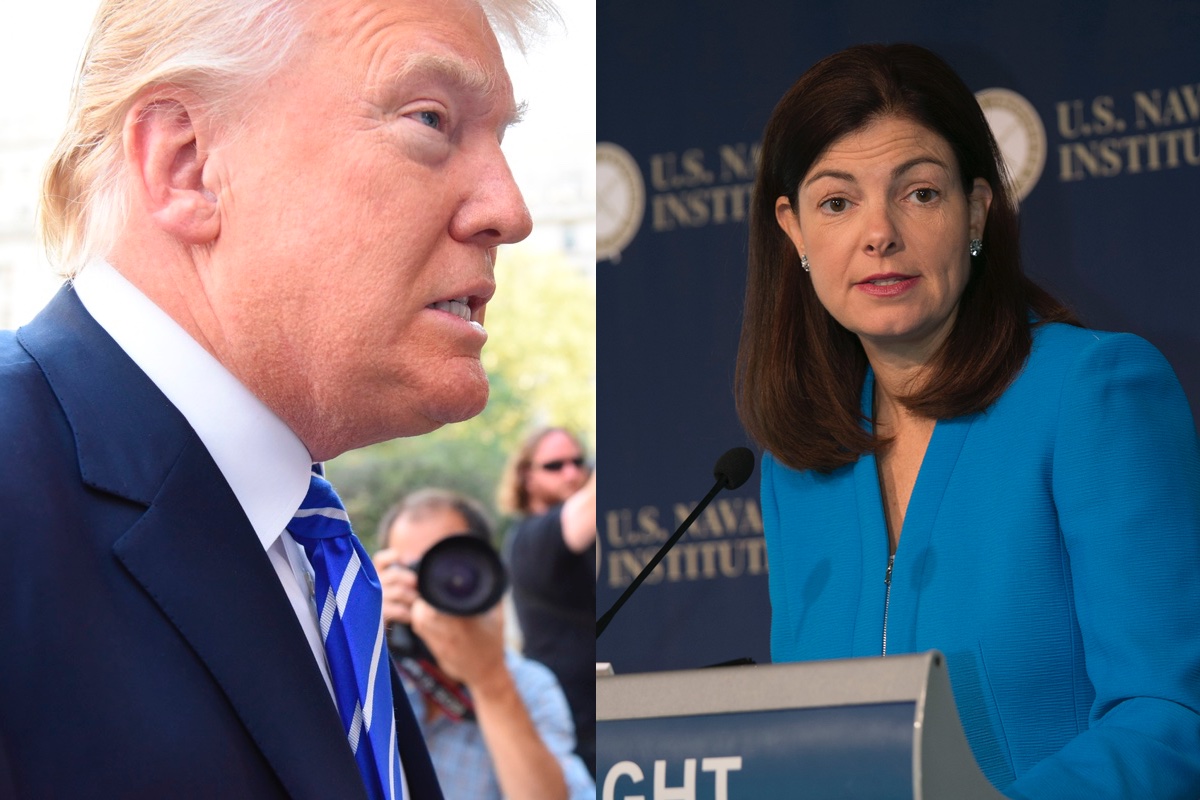 To the thousands of you who traveled to New Hampshire on buses to sabotage Kelly Ayotte, consider yourselves warned: Donald Trump is on to you.

Trump brought up the discredited theory about voter fraud in the state Thursday in a closed-door meeting with 10 senators, a meeting ostensibly about the confirmation process for Neil Gorsuch to the Supreme Court.

“Thousands” of Massachusetts residents were “brought in on buses” to vote in the Granite State, Trump said at the meeting, sources tell Politico.

Ayotte—who has been a liaison for Gorsuch’s nomination process and was with Trump in the room—was ousted by New Hampshire Gov. Maggie Hassan in her reelection bid by a razor-thin margin. She lost by 743 votes. Trump also lost the state to rival Hillary Clinton by about 3,000 votes.

Trump, while riffing with the assembled senators, also once again teased Ayotte for her decision not to support him near the end of his campaign. “You’d have won if you’d been on my train,” he said at the meeting, Politico reports. He has mocked the ex-senator for her disloyalty before. When asked whether there might be a place for Ayotte in his administration at the time, he replied: “She’d love to have a job in the administration, I said, ‘No, thank you.’ She refused to vote for me.”

The president, despite handily winning the electoral college votes needed to take over the White House, cannot seem to let his voter fraud theories go. He has said repeatedly he believes that millions of people voted illegally, and that the conspiracy can explain why he lost the popular vote by nearly 3 million votes. And he has pointed to New Hampshire, as well as Virginia and California in particular—states where Clinton won—as places where he suspects something is up.

Serious voter fraud in Virginia, New Hampshire and California – so why isn’t the media reporting on this? Serious bias – big problem!

Scott Brown also floated the idea of a Massachusetts conspiracy in November. It was “no secret” that voters here conspire to vote illegally in the state, he said on Herald Radio. Brown ran an unsuccessful campaign for Senate in New Hampshire in 2014. New Hampshire’s Republican Gov. Chris Sununu also made claims of voter fraud in the state during his campaign. The nonpartisan Politifact gives those claims its lowest possible rating: “Pants on Fire.”

To be sure, lots of Massachusetts big-wigs made the trip to New Hampshire to campaign for Hillary Clinton last year. Local Democrats do this with some frequency, as New Hampshire is considered a valuable swing state.

But some Trump voters in New Hampshire aren’t just saying that Bay State politicians do too much meddling in their elections. Some seem to truly believe in massive voter fraud, including these folks who spoke with a CNN reporter about their unfounded suspicions in December. They heard about the fraud on the news, they said.

“We have never gotten any proof about buses showing up at polling places,” New Hampshire Secretary of State Bill Gardner tells the Globe’s Matt Viser.

Trump and Ayotte had the chance to challenge the results of the election and request a recount. They didn’t.