'We are not going to be threatening people,' he says. 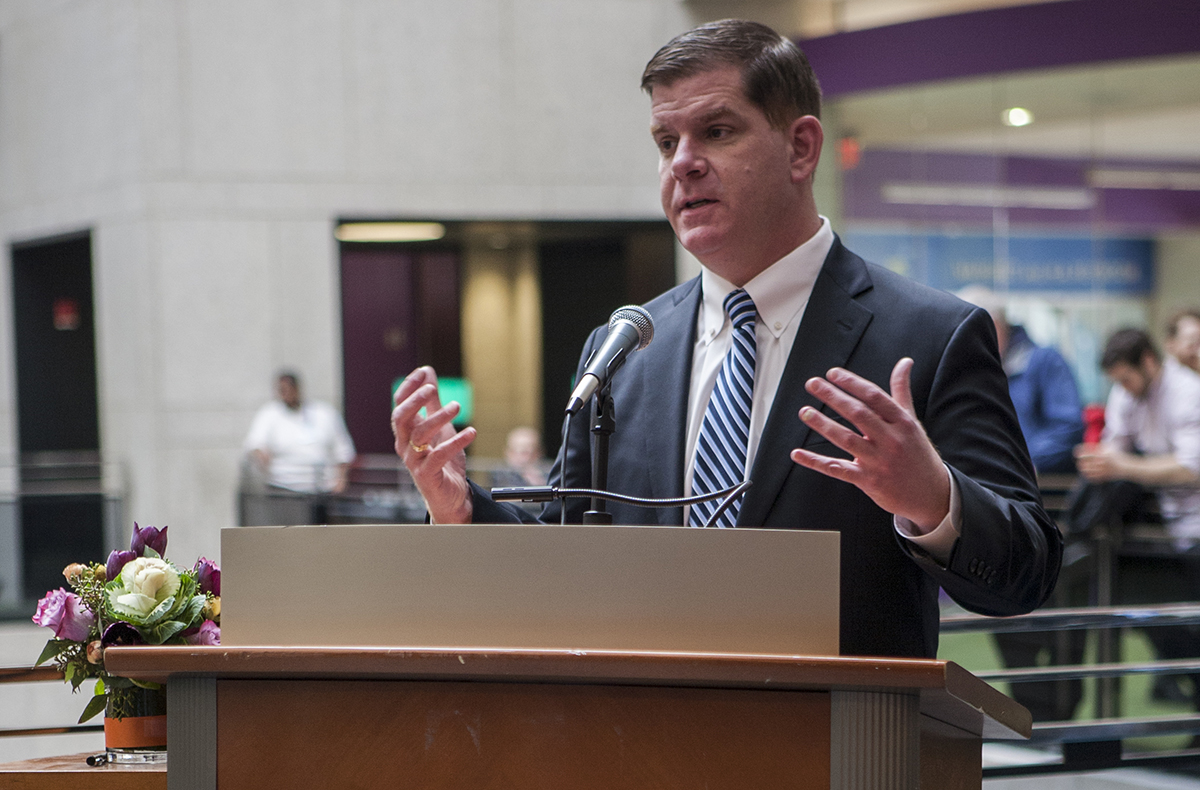 Even when it snows, you need to keep your cool. So put your boxcutters and weaponized car keys away, and—says Mayor Marty Walsh—don’t add any mean notes to your space savers.

In a press conference this morning to debrief on this week’s blizzard, Walsh says he is calling for a crackdown on threatening signs affixed to the place-holding objects.

“If we see these signs up there, I will instruct public works to pick up the space saver and throw them in the truck. We are not going to be threatening people,” he says. “Respect each other.’’

According to the city’s policy, space savers are allowed in the city for the 48 hours after a storm has passed. Boston’s snow emergency designation was lifted at 8 a.m. on Friday. Space savers are always banned in the South End.

There are rules violations aplenty, though. The city’s 311 website has fielded thousands of complaints about improper use of parking cones, folding chairs, and coolers.

Among those taking calls for the 311 service this week? Mayor Walsh himself.

When a blizzard hits Boston, it’s all hands on deck. Glad I could help @BOS311 this evening — keep any questions coming. #openinbos pic.twitter.com/AFLaCkOoGv

And yes, there have been plenty of angry, colorfully written notes—like this one in Southie that got space saver season started this year with a bang. The threats contained in that note were so upsetting to one South Boston dad, by the way, that he launched a website to better inform neighbors about the rules.