The Snow Has Mostly Left Boston But High Winds Remain

The worst of the storm is off the coast but intense winds linger. 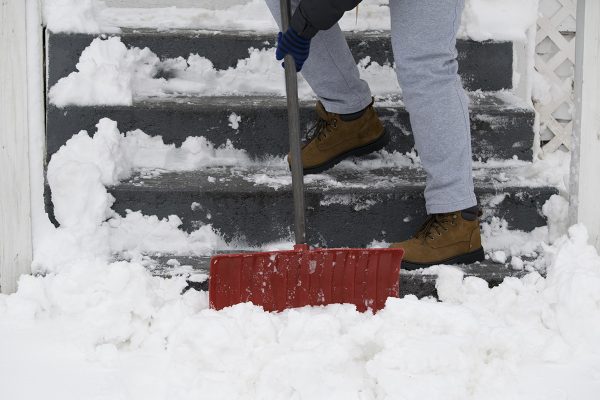 After overnight snow again hit Boston and coated the roads and sidewalks with slush, it looks like the worst of the storm has past.

Expect some scattered snowfall in the afternoon, but little to no accumulation for the rest of the day, the National Weather Service’s Bill Simpson forecasts. The most intense part of the storm has blown east into the Atlantic, with just a little bit of snow still in store for those along the system’s western edge.

Visible satellite loop of the the strong system in the Gulf of Maine. #mewx pic.twitter.com/tpOjGRvh9Z

Brace yourselves for some punishingly heavy winds, though. They could gust as high as 50 miles per hour or more, peaking in the mid-afternoon. Power outages are “certainly a possibility,” Simpson says.

“It continues to intensify, and as it grows, even though the precipitation is over, we’re going to have the winds from the storm,” he says.

How the ’16-’17 winter ranking to other years so far? Take a look! From Dec.1st – Feb. 13th, all of our climate stations are still behind! pic.twitter.com/L6ZdKzA8Ff

The winter weather brought cancellations for Boston students for the third time in three school days. State offices were scheduled to delay opening until 11 a.m.

This morning, commuters on the T saw severe delays on the Red Line due to a disabled train at Harvard. Several commuter rail lines were running behind schedule, with delays of up to 40 and 45 minutes on the Providence and Haverhill lines.