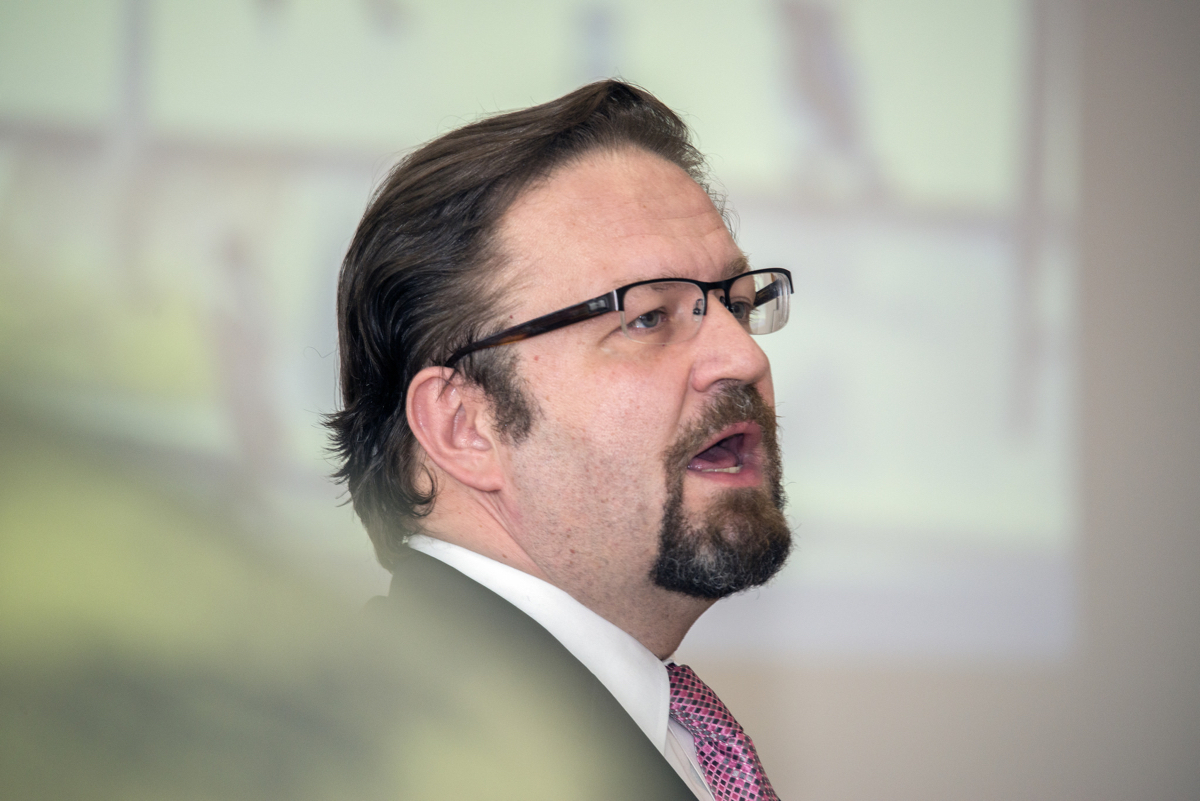 Gorka is a self-styled expert on radical Islam, and published a book titled Defeating Jihad: The Winnable War last April. Though he has repeatedly claimed to be an “expert witness” in the federal trial, an official at the office of the U.S. Attorney in Massachusetts tells Fusion that while he was on a list of potential witnesses, Gorka was never called to the stand and never testified.

Christina Sterling, a spokesperson for the U.S. Attorney’s office, tells Boston that while Gorka was paid as a government witness in the case, he was not used, which is not unusual. Gorka did submit an “expert report” on the “global Jihadist movement,” but the prosecution says it was not presented at trial.

The pages referencing the Tsarnaev trial on Gorka’s personal website, The Gorka Briefing, have been taken down. But an archived version of the site from 2015 reveals he claimed to be an “expert witness,” something repeated in his Washington Speakers Bureau bio—also taken down.

In a May 2015 appearance on Fox News, host Tucker Carlson introduced Gorka as, you guessed it, an expert witness for the prosecution.

“Our next guest was actually involved in the case and he says the prosecutor is entirely wrong, and he can prove it,” Carlson said. In the same segment, Gorka described himself as someone “who was brought in to study the case and to advise on the ideology of the perpetrator.”

The White House did not immediately respond to a request for comment.