All the Upcoming Protests in Boston

Unleash your inner activist at "A Day Without a Woman" strike, the March for Science, and more. 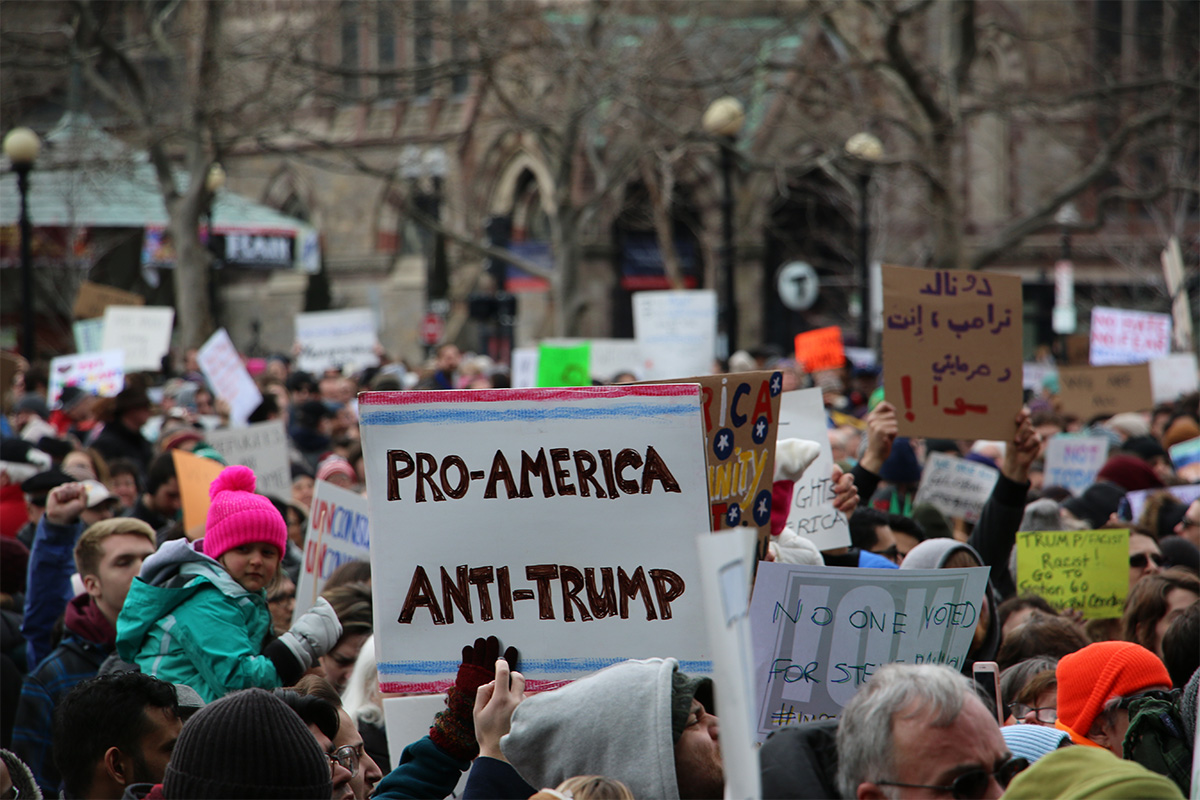 In the era of President Trump, it suddenly seems like everyone has become a political activist—and for good reason. As our new administration rolls out controversial executive orders and cabinet nominations, it’s no surprise that people have something to say about it, especially in a liberal hub like Boston. Starting with the Women’s March the day after the inauguration, Boston has been quick to respond to federal government actions with social unrest, including a protest of the travel ban and Black Lives Matter rally. And that’s just the beginning. If you’re ready to make your voice heard and join the resistance, mark your calendar with these upcoming rallies, protests, strikes, and more.

Latino and Muslim/Arab Communities Together in Struggle

Standing up for the cause of immigrant rights, this demonstration aims to give a platform for members of the Latino and Muslim/Arab communities to speak about the difficulties they would face under Trump’s proposed immigration policies. It will be hosted by Centro Presente, an organization with the mission to foster the Latin American immigrant community and support self-sufficiency and self-determination. In the spirit of Valentine’s Day, the demonstration aims to “resist the hateful attacks of the Trump regime with love, solidarity, and justice.”

A combination of walkout and consumer boycott, the national strike aims to support progressive causes and to send a message to Congress that American citizens will not stand for violations of the constitution within our government. Rather than simply taking the day off work, participants are encouraged to engage in community service projects, reach out to local representatives, and attend teach-ins or open-mic events.

Rally to Stand Up for Science

This demonstration is planned to run alongside the American Association for the Advancement of Science (AAAS) annual conference, which will see thousands of scientists gather in Boston. Sponsored by an array of organizations, including Greenpeace and the Natural History Museum, the rally opposes the denial of climate change and resistance to evidence-based policies, standing by the ideal that science is intended to serve the interests of the people, not those in power.

Not My President’s Day

Taking advantage of the national holiday, this rally will be a physical embodiment of the hashtag and frequently-heard protest chant “Not My President.” Rather than protesting a specific cause or issue, the demonstration seeks to more generally resist all that Trump represents as president, including oppression of marginalized communities, economic policies, and attitude towards climate change. While the Boston event is still in early planning stages, similar rallies have begun to crop up at cities across the country, originating in Los Angeles.

Emergency Rally to Stand for Democracy

With recent allegations of Russian intervention in the U.S. election coming to light, Bostonians have been quick to respond. A rally will be held to oppose President Trump’s refusal to denounce Russia’s involvement in our country’s democratic process. Protesters demand an investigation into the administration’s ties to Russia and stand with members of the press seeking out transparency between the government and its citizens.

A response to the “Defund Planned Parenthood” rally, this event is a show of solidarity with the women’s health organization. The rally also defends women’s’ right to affordable and accessible reproductive healthcare, including birth control, cancer screenings, and STD tests.

General Strike: A Day Without a Woman

The organizers behind the Women’s March on Washington have shown us they’re not quite done yet, announcing their plans for a general women’s strike. Scheduled for International Women’s Day, women and allies across the country are encouraged to “creatively withdraw” from corporations that threaten their rights and instead seek out women- and minority- owned businesses to support.

Even before he was elected, Trump was the target of much political ire for infamously refusing to release his tax returns. Now as the rest of the country’s taxes are due, they’re demanding that he do the same. Boston joins dozens of other cities in protesting Trump’s refusal.

As a city known for its innovations in science and biotech, it only makes sense that Boston’s most popular rally, with over 46,000 interested on Facebook, is the March for Science. The march has now become a global movement with Earth Day events planned in more than 150 cities around the world. Participants join to support publicly funded and publicly communicated science, and to defend the role that science plays in shaping public policy.

March for Climate and Science

This demonstration is organized by the People’s Climate Movement, which grew out of the historic 2014 march on the eve of the UN Climate Summit in New York City. Planned for the 100th day of the Trump administration, the march will oppose Trump’s climate change denial and continue the mission of the original 2014 march to demand urgent action on the global climate change crisis.