Elizabeth Warren and Ed Markey Call for Action on Russia

"Congress must pull its head out of the sand," Warren says. 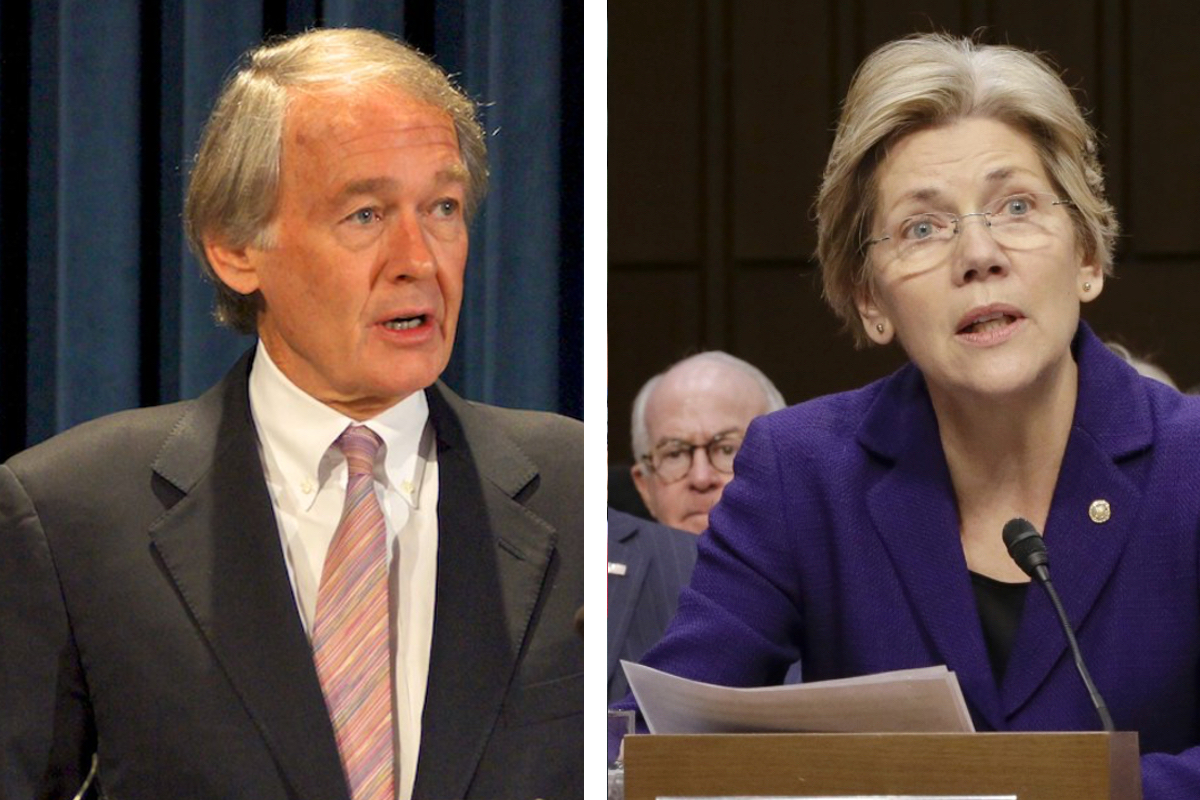 Massachusetts Sens. Elizabeth Warren and Ed Markey are cheering the ouster of national security adviser Michael Flynn from the administration of Donald Trump and are sounding alarms about the ties Trump’s campaign team appears to have had with Russia.

Warren, in a string of fiery tweets Tuesday, laid into her colleagues in Washington and urged a full investigation. “Congress must pull its head out of the sand and launch a real, bipartisan, transparent inquiry into Russia,” she wrote. “Our natl security is at stake.”

Congress must pull its head out of the sand and launch a real, bipartisan, transparent inquiry into Russia. Our natl security is at stake.

She also called Flynn’s resignation, after it emerged that he discussed sanctions with Russia before the inauguration, “a win for American values,” but urged lawmakers not to make him merely “a scapegoat.” She referenced revelations from investigators that members of Trump’s campaign were in regular contact with Russia, as well as the new president’s business interests overseas.

This. Is. Not. Normal. @realDonaldTrump owes Americans a full account of his Admin’s dealings with Russia, both before & after the election.

Markey, who has floated legislation to curb the power of the president to launch nuclear strikes, yesterday urged the White House to take action on Russia’s launch of a cruise missile in apparent violation of an international treaty, not to mention that, in a phone call with Russian President Vladimir Putin, Trump allegedly didn’t know what the New START treaty is (Press Secretary Sean Spicer has denied that claim).

“It is past time for President Trump to demonstrate resolve to represent America’s interests in his engagement with Russia,” Markey says in a statement. Questions surrounding the relationships of President Trump and several of his campaign and administration staff with Russia, combined with the ignorance he displayed of the New START Treaty, increase the risk of a resurgent nuclear arms race with Russia and imperil the progress made by both Republican and Democratic presidents to ensure the security of the American people.”