He graduated in the same class as CIA director Mike Pompeo. 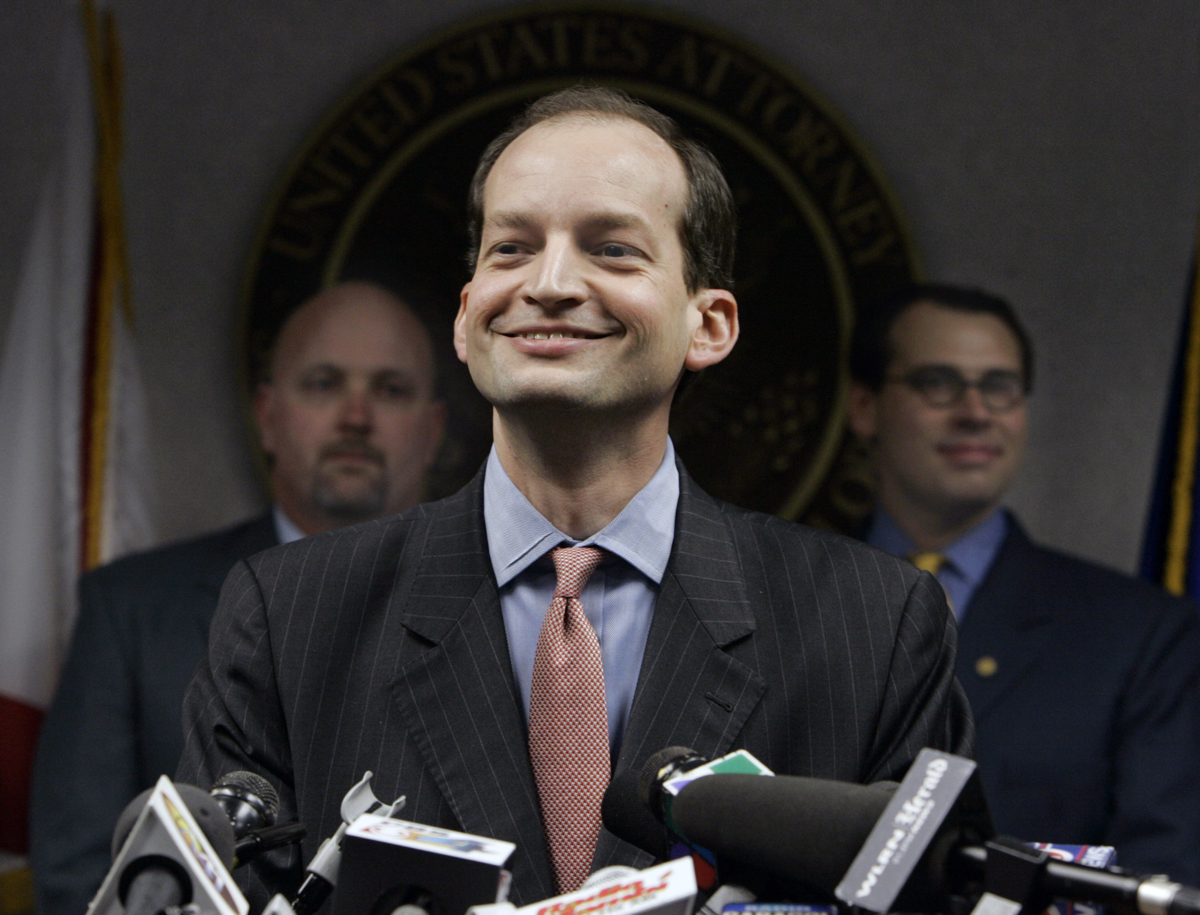 After his first pick withdrew his nomination because he reportedly “very tired of the abuse,” President Donald Trump has nominated Alexander Acosta to head the Department of Labor.

Acosta, a Miami native who has served as the dean of Florida International University College of Law since 2009, earned a bachelor’s degree in economics from Harvard before graduating from Harvard Law School in 1994—the same year as Trump’s CIA director Mike Pompeo, and three years after former President Barack Obama.

Acosta clerked for Justice Samuel Alito, the right-leaning Yale Law alum, before joining the Washington offices of the Chicago firm Kirkland & Ellis while teaching at George Mason School of Law. In 2003, President George W. Bush appointed him to the National Labor Relations Board, where he participated in or authored more than 125 opinions, according to his FIU bio.

He became the first Hispanic to serve as Assistant Attorney General, on his way to becoming the U.S. Attorney for Southern District of Florida. He prosecuted a number of high-profile defendants, including Republican lobbyist Jack Abramoff for fraud, and Swiss bank UBS, who paid a $780 million settlement after it was accused of aiding Americans in tax evasion.

In 2011, as dean of FIU Law, he testified before Congress and stressed the importance of defending the rights of Muslim Americans. “We are a nation built on principles of freedom, and high on the list of freedoms is freedom of religious expression,” Acosta said. “Indeed, as is well known to this Committee, this freedom pre-dates our Constitution.”