Everyone Is Missing the Point About Sanctuary Cities 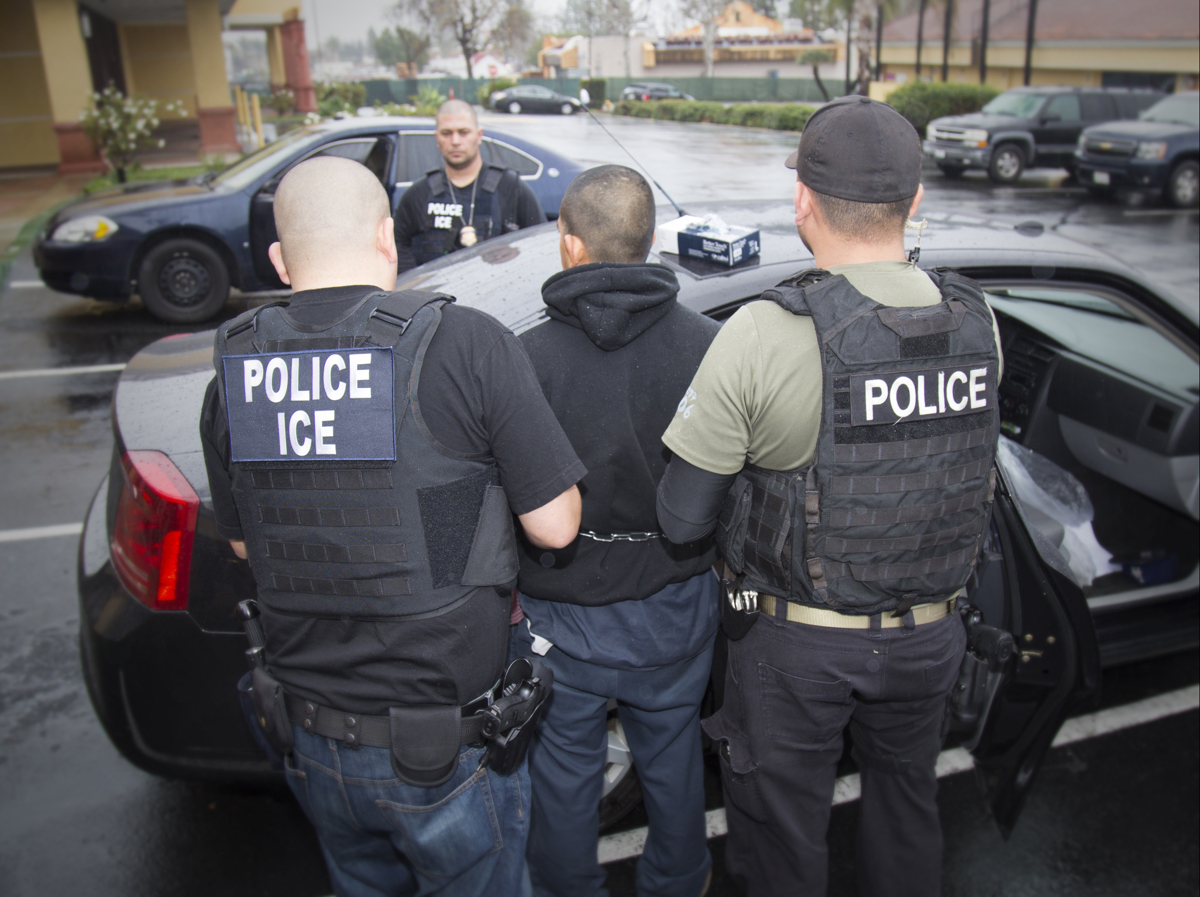 If we have learned anything in this first month of the Trump presidency, it’s how malleable the term “sanctuary” can be, with respect to protections afforded undocumented immigrants. And given the frenetic pace of this administration, it can be hard to keep track of all the moving parts, and which ones could prove decisive in the debate over immigration policy.

Mayor Marty Walsh signed the Trust Act in 2014, prohibiting Boston police from detaining anyone based on their immigration status unless they have a criminal warrant. Still, Boston wasn’t considered to be a full-blown “sanctuary city,” like Cambridge, which has long embraced the label. Just before announcing his mayoral bid, Councillor Tito Jackson suggested that Boston make the leap to full sanctuary status, though what this meant wasn’t immediately clear.

Then the parlance shifted again, and Boston was a sanctuary city after all. Daily Show host Trevor Noah introduced Walsh as the mayor of one during his recent national media blitz, and Walsh has since made abundantly clear that he isn’t worried about President Donald Trump’s threat via executive order to strip federal funding from any city that does not cooperate with federal immigration enforcement efforts.

Mayor Joe Curtatone also made clear that Somerville, which has considered itself a sanctuary city for the last 30 years, is “not going to run away from our fellow man for a bucket of money.” The city has a Trust Act of its own, paired with Curtatone’s 2014 executive order limiting its participation in Secure Communities, a federal program launched under President George W. Bush. Aimed at coordinating efforts between Immigration and Customs Enforcement (ICE) and local police, it allows officers to detain people for an additional 48 hours while their fingerprints, already in an immigration database, are flagged for ICE officials, who decide whether to begin removal processing.

“It can be anything you want it to be, which is a problem,” said Liza Ryan, organizing director at the Mass. Immigrant and Refugee Advocacy Coalition (MIRA), at a recent meeting of the Boston Democratic Socialists of America. “We don’t want people who are threatened or afraid to feel like, ‘I’m going to run to this city, and Immigration and Customs Enforcement can’t get me there. I’m safe.’ Unfortunately, that’s not true.”

“We can’t stop the federal Immigration and Customs Enforcement from coming anywhere. If they want to go in and detain and deport an eight-year-old out of their elementary school, they’re allowed to do that,” Ryan said.

Besides, Trump’s executive order threatens to strip federal funding from jurisdictions in violation of U.S. Code 1373, which prohibits governments from restricting in any way the flow of information to or from ICE. Under its Trust Act, Boston could argue, with precedent on its side, that it isn’t refusing to comply with 1373; it simply doesn’t have that information to give.

One way to avoid the shifting definitions of sanctuary status (for sanity’s sake) lies not at the municipal level, where cities and towns can self-identify anywhere across a wide spectrum of enforcement, but at the county level, in the form of 287(g) agreements.

Named after the section of the U.S. Immigration and Nationality Act, 287(g) agreements between the federal government and counties deputize local police to help with immigration enforcement, allowing them to detain people for up to 48 hours after they’re otherwise free to go. These agreements differ from the Secure Communities program by allowing local police to determine the immigration status of those who commit their first non-immigration crime—casting a wider net for removal.

“A 287g agreement is more, ‘We are going to do your job for you and help you round people up, or help identify people for you.’ So that’s more of an affirmative agreement between a state or locality with ICE,” says Mary Holper, director of the Immigration Clinic at Boston College Law School. “The true [area] where people can make a difference is going to the state, the locality, and just saying, ‘Don’t do this. This is a bad idea, on lots of different levels.'”

Two counties in Massachusetts currently have 287(g) agreements: Plymouth and Bristol, whose Sheriff Thomas Hodgkins offered to ship inmates to the border to help build Trump’s wall. (The Suffolk County Sheriff’s Department did not respond to request for comment on whether it was mulling a 287(g) agreement of its own.) But opponents say local police shouldn’t even be involved in determining immigration status.

“This is not our job, so it shouldn’t be our money,” Ryan says. “The fact that we’re even discussing it or the fact that the president is trying to take away resources from the state because they’re not doing what [ICE] should be doing is silly. And also, it’s not possible.”

According to Ryan, 287(g) agreements further expose municipalities to the liability of a potential breach of the Fourth Amendment, which protects against unwarranted search and seizure, just as Secure Communities had. Conversely, the federal government stands to violate the 10th Amendment, Holper says, by mandating how local law enforcement conducts its policing, a power vested in the state government.

“Not only are we putting ourselves at risk of being sued for violating people’s rights if we embrace the 287(g) agreements,” Ryan says, “but we will also be paying to do the job of the federal government—while at the same time, making our local and state police forces less effective because they won’t be able to engage in community policing because the communities that they police will be afraid of them.”

In response, state Sen. Jamie Eldridge, an Acton Democrat, has introduced the long-stalled Massachusetts Safe Communities Act, a sort of statewide Trust Act, which would not only forbid counties from entering into collaborative partnerships like 287(g) agreements, but prevent the establishment of a state Muslim registry as well.

Ryan called the bill “low-hanging fruit” for those who wish to combat Trump’s immigration agenda, yet it faces a bumpy path forward. Both House Speaker Robert DeLeo and Gov. Charlie Baker have said they support municipalities making their own decisions on immigration.

“We need to bring this issue to the floor, allow our members to vote on this matter and then bring it before him so that he can then decide if he wants to veto it or not,” bill co-sponsor Rep. Juana Matias, a Lawrence Democrat, told WBUR’s Bob Oakes. “What was very impressive about our legislation in the first month [of Trump’s presidency] was that hundreds and hundreds of residents called their state representatives.”

Through a spokesperson, Walsh declined to take a stance either way on the Safe Communities Act. “Boston is and will continue to be a City that values and respects immigrants, and the Mayor will continue to stand strong with our immigrant community,” press secretary Nicole Caravella said in a statement.

In an interview Wednesday, Jackson offered full-throated endorsement of the bill, while outlining his proposal for a pilot legal defense fund for undocumented immigrants, similar to programs in place in New York, Chicago, and Los Angeles.

“It is the policy that keeps our neighborhoods and communities the safest. And the reason why is that we want people who have been harmed to be able to call the police, and know that they will not be deported,” Jackson says.

The term “sanctuary city” distills one component of the exceedingly complex debate over immigration policy into a convenient buzzword, and for this reason, it will likely remain part of the continued debate. But the final battles could very well play out on the state and county level.