There were no buses from Massachusetts, the former Trump campaign manager says. 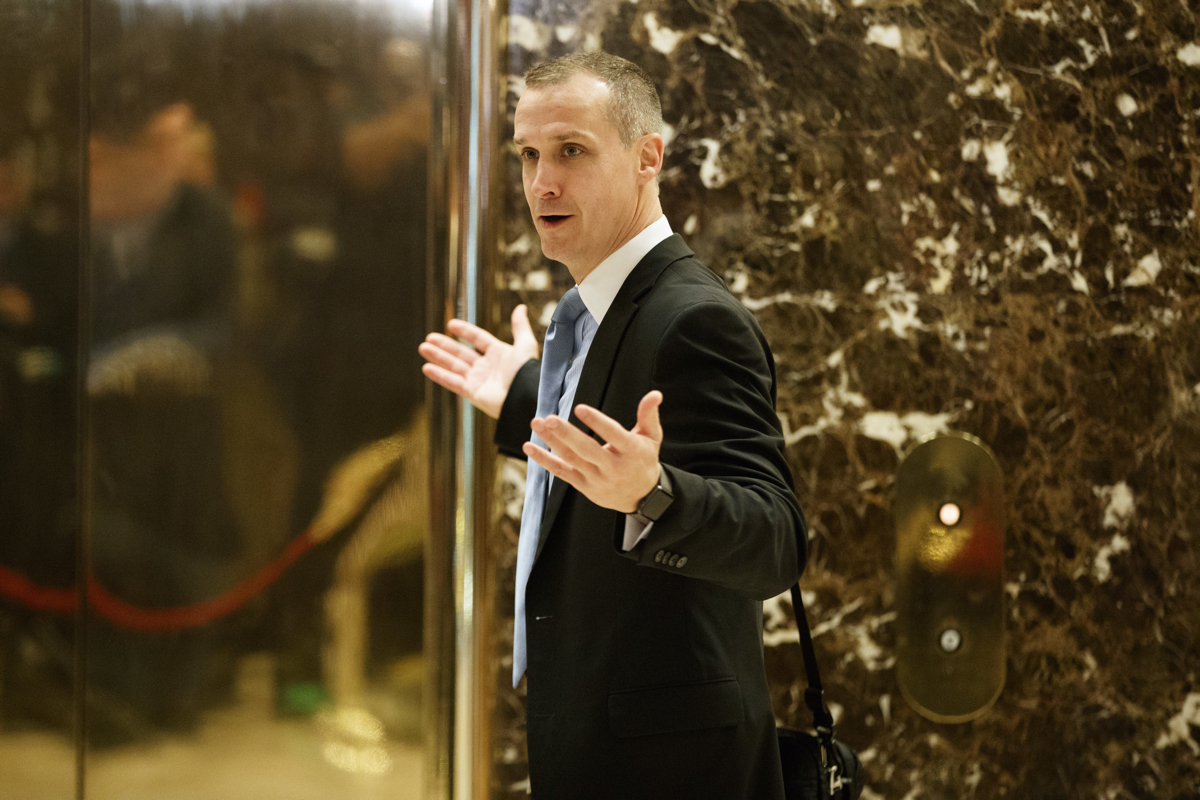 Even Corey Lewandowski, a former Trump campaign manager and frequent Trump defender, says he can’t defend the president’s claims about “thousands” of Massachusetts residents “brought on buses” to vote illegally in New Hampshire.

“I live on the border,” Lewandowski said on the podcast Axe Files with David Axelrod. “I didn’t see buses coming across the line to say that, hey, we’ve moved up from Massachusetts.”

Trump theorized about the illegal votes conspiracy in New England during a closed door meeting in Washington with senators earlier this month. The president believes that illegal votes are why he and ousted Sen. Kelly Ayotte lost the state narrowly in November.

But Lewandowski, a son of Lowell and a New Hampshire resident, is breaking with the Trump team on this one. He does, however, believe that the New Hampshire election system, which allows same-day voter registration, is ripe for abuse. “What I do think you have is the potential in the future for voter fraud,” he said on the podcast, as reported by the Huffington Post.

Widespread voter fraud in the U.S. has never once been proven, but it’s a boogeyman deployed often, particularly by those hoping to ramp up restrictions on voting—requirements that voters carry photo ID, for example—that critics say target Democrat-leaning voters. Democrats have been sounding alarms about the potential for voter suppression amid talks of a “major” investigation into voter fraud nationwide.

Speculation about thousands of votes cast improperly in New Hampshire is basically a tradition now among political types in the state—the kind of thing that campaigns muse about when they lose, or look like they’re about to lose, elections. But as former New Hampshire Attorney General Thomas Rath told the Globe‘s Annie Linskey last week, the theories have been “like the yeti or the abominable snowman. There are rumors of them. People claim to see their footprints, but they never see the snowman.”

That hasn’t stopped White House senior policy adviser Stephen Miller from defending the busloads-of-voters claim on TV, in a climate where Trump supporters are coached to no longer trust facts as reported in unfriendly news media. “Go to New Hampshire. Talk to anybody who’s worked in politics there for a long time. Everybody’s aware of the problem in New Hampshire,” he told CNN, offering no evidence.

Even though there is no proof to support the claims, it’s not for lack of trying. The former chairman of the New Hampshire GOP has offered up a $1,000 cash reward to anyone who can provide evidence of even a single instance of a Massachusetts resident being bused across state lines to vote. No one has claimed the prize.