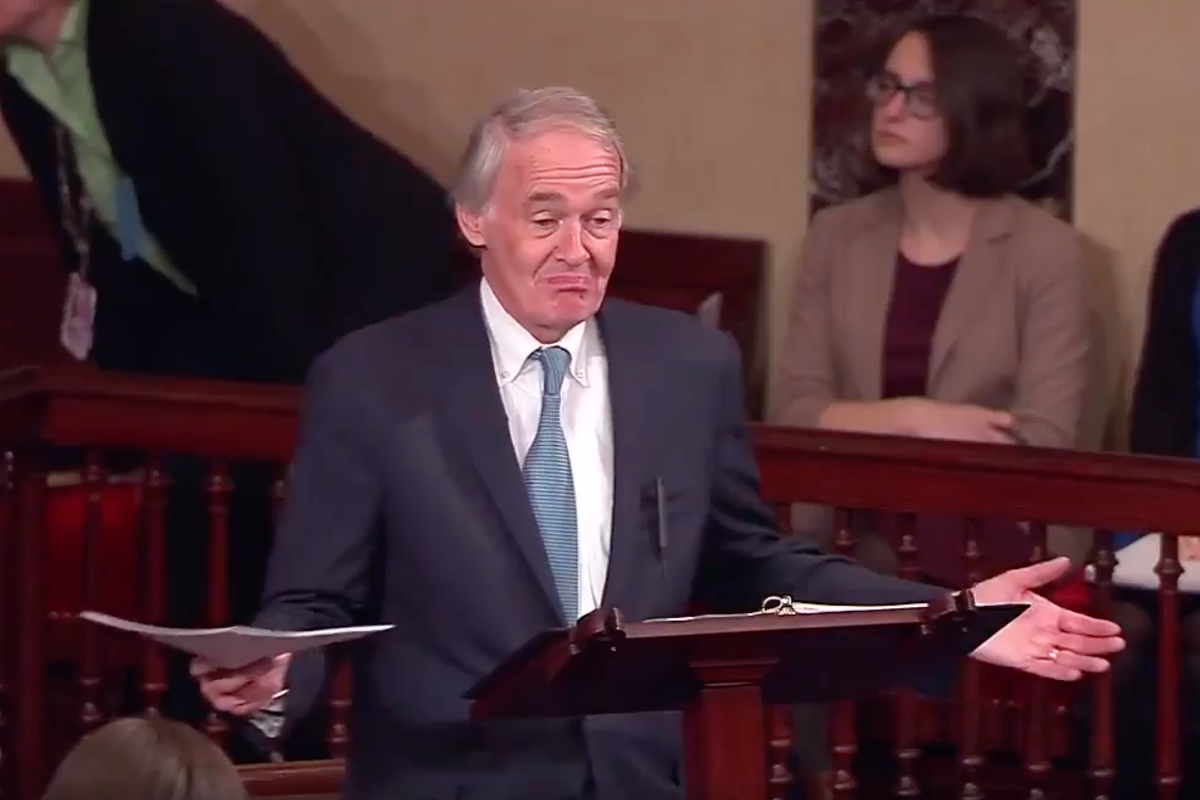 Sen. Ed Markey has an exemplary record on LGBT rights.

The Malden Democrat consistently scores a 100-percent rating from the Human Rights Campaign for his support of marriage equality. The gay rights organization MassEquality endorsed him in 2013, citing not only his 1996 vote against the Defense of Marriage Act, or DOMA, which defined marriage as between a man and a woman, but his decades of advocacy as well.

His leadership on the issue speaks for itself. In other words, you don’t have to do corny stuff like this, Ed.

Markey loves his acronyms—this is no secret. Consider the following:

What the Globe‘s Jim O’Sullivan once called Markey’s “linguistic merriment” is hardly limited to the senator’s public comments, but woven into the legislation he’s introduced, too.

Data journalist and graphic designer Noah Veltman analyzed congressional acronym usage in bill names from 1973 to 2013, and found that Markey ranks third among sitting members of Congress, behind Senate Minority Leader Chuck Schumer of New York and Bob Menéndez of New Jersey, with such gems as the Protection from Rogue Oil Traders Engaging in Computerized Trading (PROTECT) Act and the United States Exploration on Idle Tracts (USE IT) Act.

Unfortunately, the silliness often undermines the message. Yes, the Trump administration seems poised to roll back the clock on LGBT protections, despite a solemn vow to a local columnist to do just the opposite. And yes, a man in bed with the oil companies should not be in charge of the same EPA he sued on their behalf. But do you really have to be such a dad about it?

Our sanity has run precariously thin in this era of Trump. Markey’s acronyms just might push us over the edge.