Seth Moulton Says He Has “No Plans” to Challenge Charlie Baker

The Salem Democrat questioned Baker's willingness to stand up to Trump. 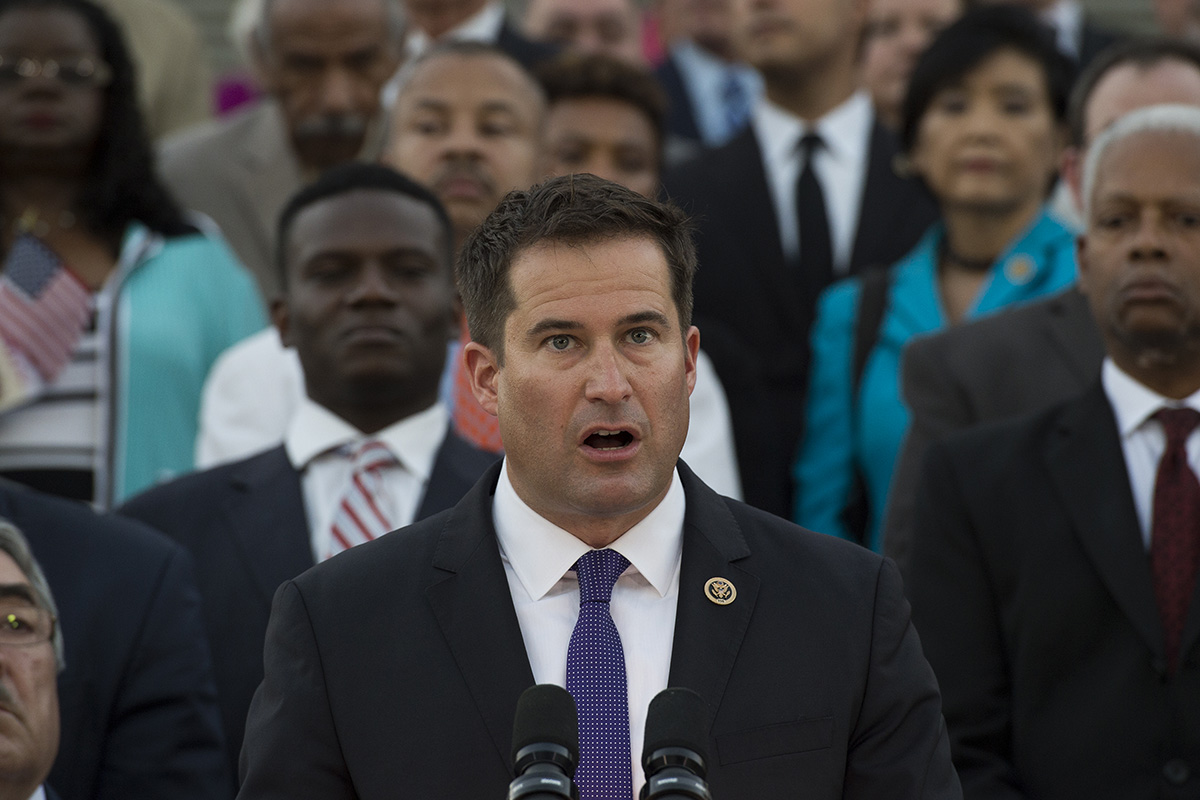 Though a handful of Democratic pols have dipped their toes in the waters of 2018, not one has formally launched a bid to challenge Gov. Charlie Baker for the corner office. One name you shouldn’t expect to see in the Democratic primary: Rep. Seth Moulton.

In an interview Thursday night with Greater Boston‘s Jim Braude, the Salem Democrat made clear he isn’t interested in the job.

“I have no plans to run against Charlie Baker,” he said.

Moulton, who’s represented the Bay State’s 6th District since 2015, has been critical of Baker in recent weeks, slamming the Guv for his absence from the Boston Women’s March. “He absolutely should have been there,” Moulton said last month. “The bottom line is that we want leaders who have the courage to represent our values, and Governor Baker has repeatedly failed to stand up to Trump.”

When asked if Baker has done enough to stand up to President Donald Trump’s agenda, Moulton said he’s doing better, but there’s room for improvement.

“Let’s not forget, he was opposed to having refugees come to Massachusetts. People like myself spoke up and he changed his mind, and I think he did the right thing in the end. And he should get credit for doing the right thing,” Moulton said. “But sometimes you just need to have the judgment to do it right from the beginning, and I think in the case of Trump, we need to have more Republicans, not just in Washington but across the country, stand up to him when he assaults our fundamental values and our own Constitution.”