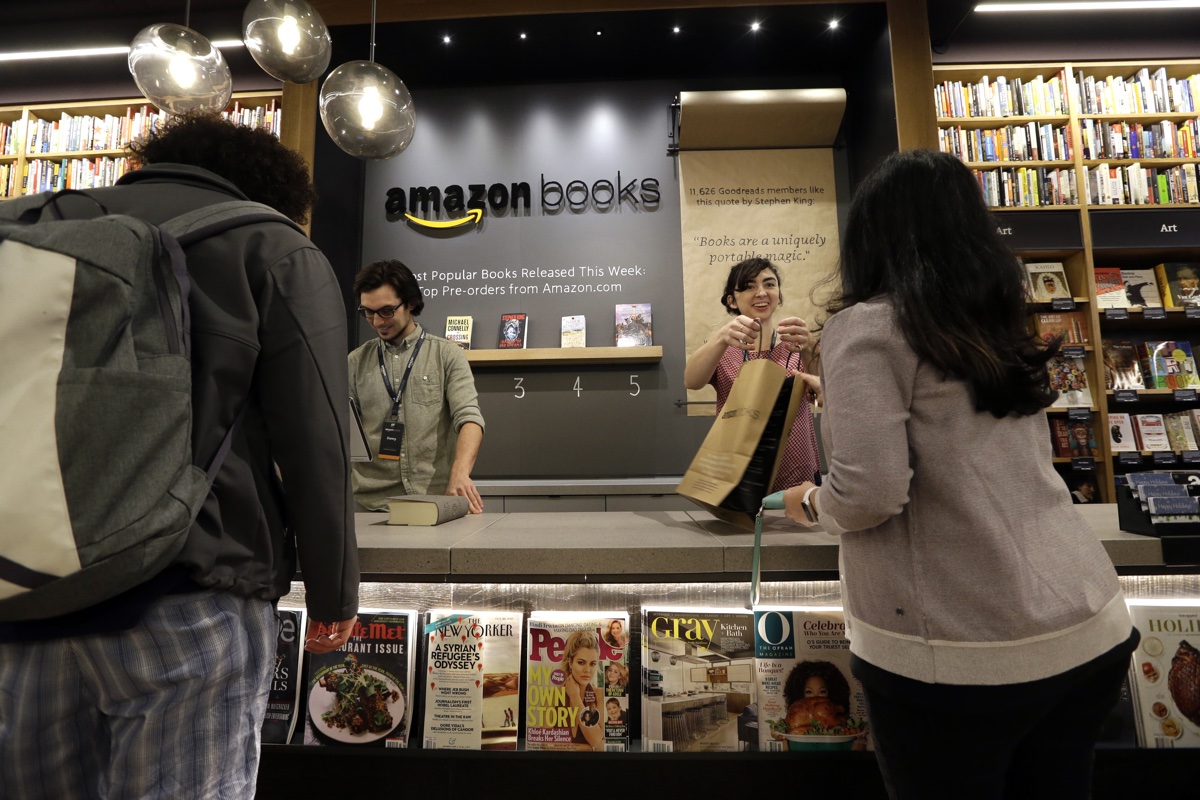 The bookstore, billed as a “physical extension” of the e-commerce giant, features titles selected based on customer ratings, pre-orders, sales, and popularity on the Amazon-owned community book review site Goodreads. Customers can also try out Amazon’s various tablet lines, while quaffing some freshly brewed Peet’s Coffee. (The Dedham store will be the first to carry the San Francisco coffee roaster.)

“We’ve built a store that integrates the benefits of offline and online shopping to give customers an additional way to discover books and devices they’ll love,” Amazon said in a release.

Amazon, which launched in 1995 with the slogan “Earth’s Biggest Bookstore,” has already opened shops in Seattle, San Diego, and Portland, Oregon. The Seattle-based company has additional locations planned for Lynnfield and, according to Forbes, Boston proper.