"They find the truth to be far stranger—and more surprising—than fiction." 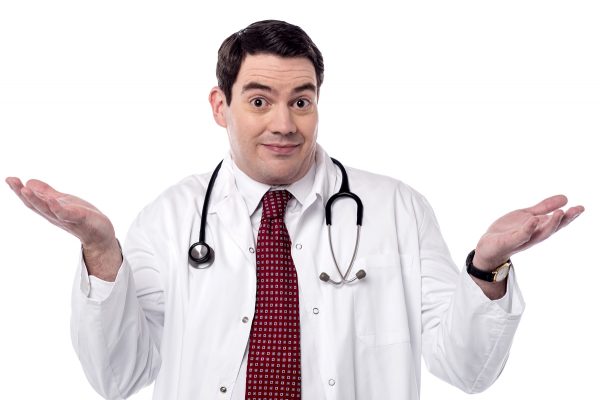 As an ER doctor at Brigham and Women’s, Jeremy Samuel Faust has definitely seen some things: exotic symptoms, unspeakable injuries, objects lodged where they shouldn’t be.

But there is one aspect of Faust’s job that has gotten especially interesting since November. During his shifts at the busy Boston hospital, he has had to ask people questions to orient them—among them, who is the president? Writing in Slate, Faust says that for many patients disabled by a head injury or otherwise suffering memory loss, hearing that TV’s Donald Trump is in the oval office is a lot of news to take in all at once.

It’s actually a fascinating moment, and I have become deeply curious as to what each patient’s reaction will be. Each time now, I stop, take a big breath, look them squarely in the eyes, and then I reveal to them the full, undeniable truth of the situation: The president of these United States is Donald J. Trump. I pause. I do not break eye contact.

For the most part, it isn’t pretty.

There were, of course, signs we should have seen that Trump could emerge victorious in 2016. A Democratic nominee who was unpalatable to many in the current anti-establishment political climate, an Electoral College that favors the parts of the country that feel like no one is listening to them anymore, et cetera.

But still, most people understood this was a long-shot, even his most passionate supporters. So with the votes tallied and President Trump serving as commander-in-chief, learning about the election’s results in an emergency room can be overwhelming. There is bewilderment, Faust writes, and disbelief. There is some anger, some jubilation, and lots of surprise from Trump supporters who are shocked their guy pulled it off.

While I’ve been waiting for someone to say “Great! Did they lock Hillary up yet?”—it just hasn’t happened. Instead, I’ve heard more philosophical responses along the lines of “Wow. I voted for him, but he didn’t really win, did he? That’s really something.” Regardless of political affiliation, my patients’ reactions have shown that they find the truth to be far stranger—and more surprising—than fiction.

He’s not alone. After he shared his story, he says, doctors started reaching out to talk about similar experiences.

Read more from Faust, an essayist on health and pop culture, here.

Part of my job is assessing whether patients are alert and oriented to name, date, place, & POTUS. Things got weird!https://t.co/9d66n6Iwr5