Brady's backup is sticking around. 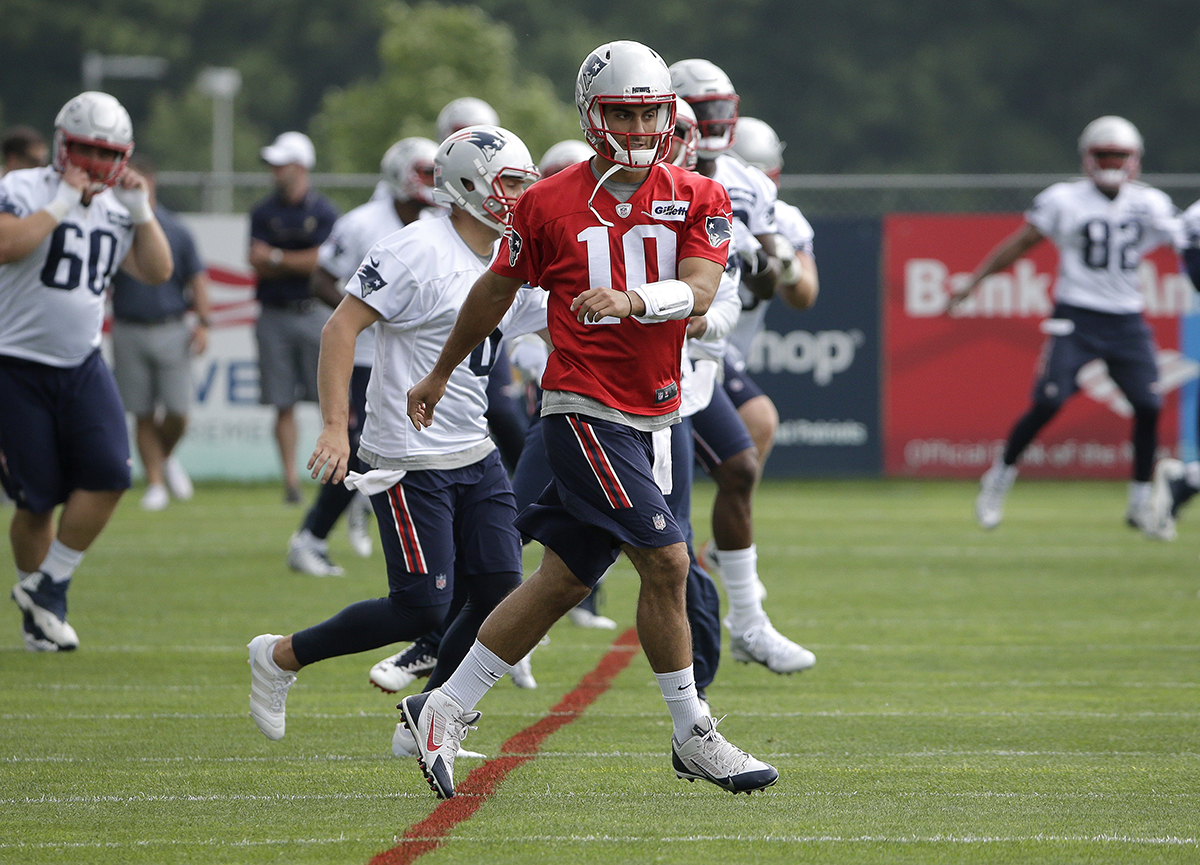 Citing league sources, ESPN’s Adam Schefter reported Wednesday morning that Bill Belichick isn’t expected to deal the 25-year-old backup quarterback, much to the chagrin of teams desperately in need of some help under center.

In a move that will have a ripple effect on all QB-needy teams, Patriots are not expected to trade QB Jimmy Garoppolo, per league sources.

Garoppolo is entering the final year of his $820,077 rookie contract, after the Patriots selected the Illinois native in the second round of the 2014 draft. Garoppolo made a splash as the team’s Week 1 starter last season, as Tom Brady served his four-game Deflategate suspension. He threw for 496 yards and four touchdowns in wins against the Arizona Cardinals and Miami Dolphins.

Garoppolo was injured against Miami, after linebacker Kiko Alonso drove him shoulder-first into the turf, spraining his AC joint. Third-string QB Jacoby Brissette started Week 3 and lead the Patriots to a 27-0 rout of the Houston Texans on Thursday Night Football, only to get blanked by Rex Ryan and the Buffalo Bills the following week.

With Brady turning 40, the Patriots reportedly intend to keep Garoppolo as a solid insurance policy.