Meet “Ivan the Twisted,” a Boston Cat with Special Legs and Special Needs

He needs an owner who can handle his disability. 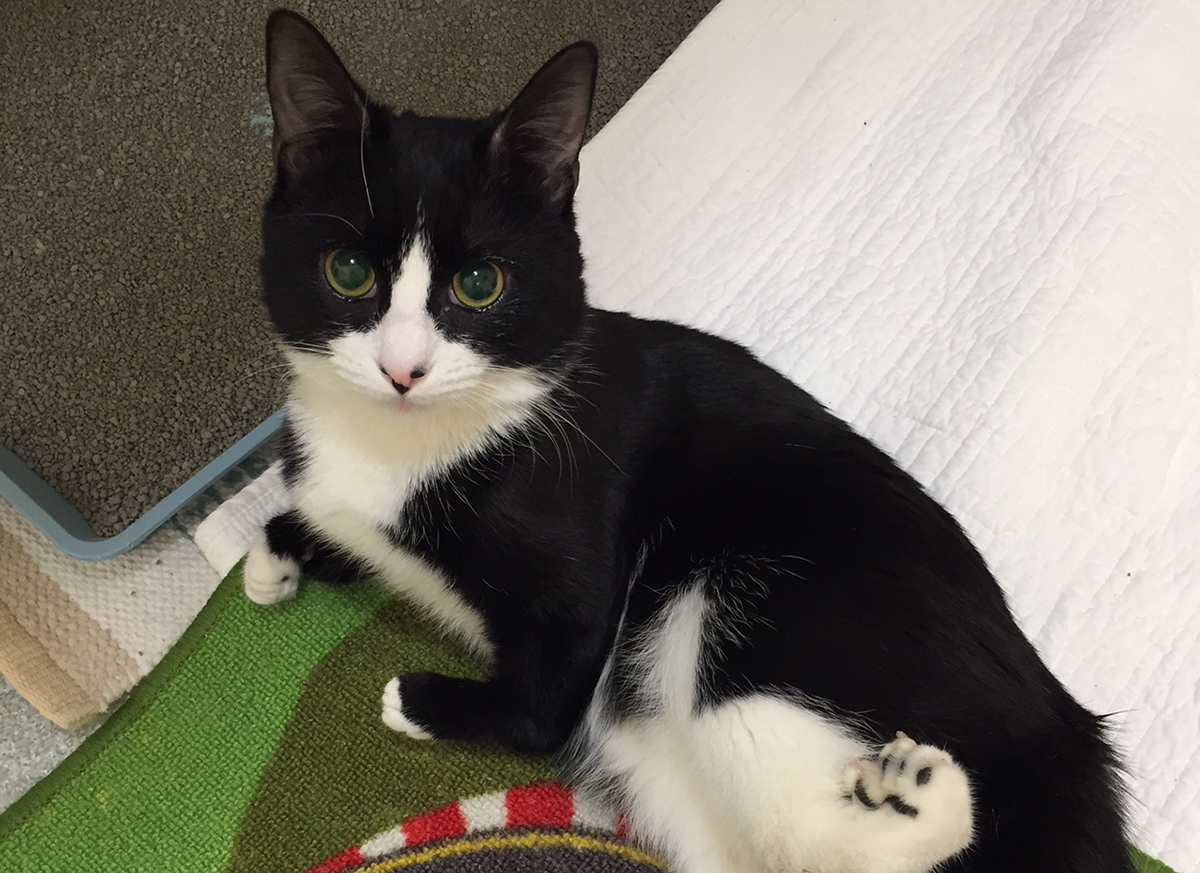 Update, Tuesday, 9:00 a.m.: Ivan has been adopted! The MSPCA shared the news on Facebook on Monday that, after a week that saw Ivan turned into a mini-celebrity online, an owner has stepped up to take him home. More than 2,000 inquiries came in from around the world about adopting him, the MSPCA says. Many people came in to see him, but ended up leaving with another cat. The MSPCA found homes for every cat in its adoption room this weekend.

Despite the attention given to the shelter, curious people floating in and out, and potential adopters that visit daily, this green-eyed boy’s handicap seems to outweigh his charm. Ivan was born without radial bones in his two front legs, each of which are missing two toes on each paw. His left hind leg is also deformed.

Given these handicaps, walking is nearly impossible. To get around, Ivan “army crawls” where he needs to go which is easiest for him to do on carpeted surfaces.

“What Ivan lacks in mobility he more than makes up for in personality,” said Alyssa Krieger, the MSPCA-Angell adoption center manager in a statement. “His physical limitations will always be there- so we’re looking for the perfect adopter who can see through that and give him the second chance he deserves.”

People seem to love him on Instagram, where he’s known as “Ivan the Twisted.” But no one has taken him home.

Ivan’s social personality is not squashed by his short-comings, the MSPCA says. According to the shelter, he loves to be held and pet and is as adorable as they come.

The shelter encourages families to meet Ivan during open hours. Anyone interested in adopting Ivan can contact the adoption center directly at adoption@mspca.org.

I can’t tell that I’m not totally normal! I love to play with my laser pointer! #mspca #mspcaboston #adopt #ivanthetwisted