The ACLU has requested BPD's footage of audience members. 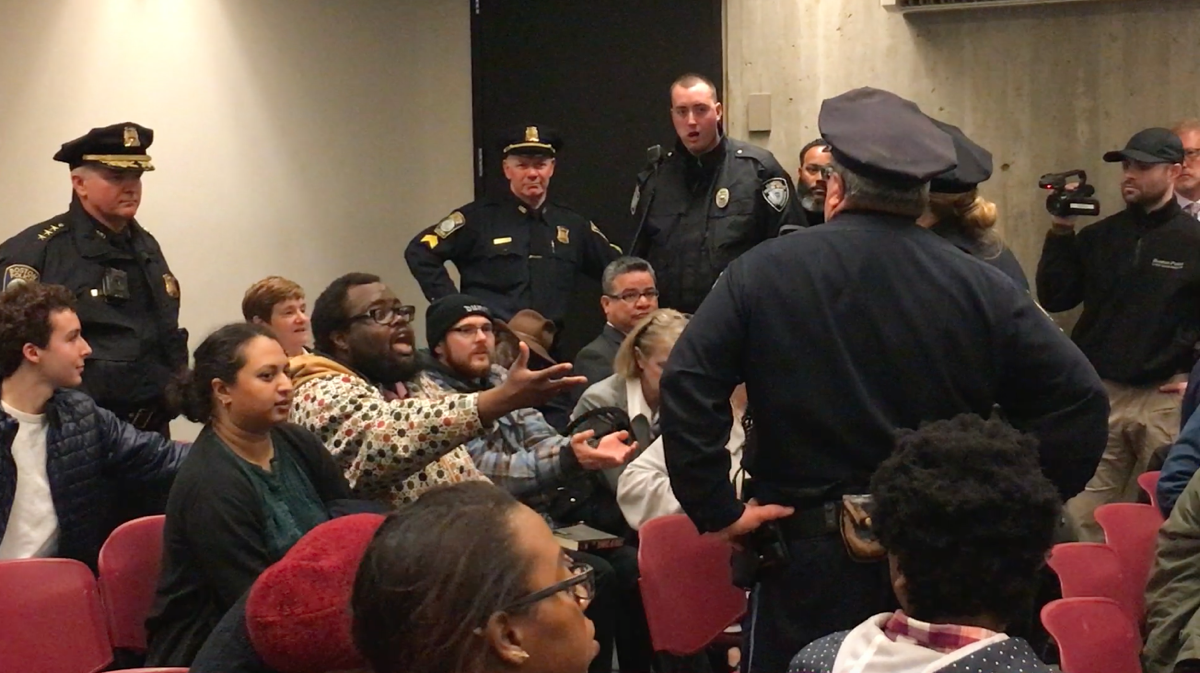 The Boston Planning and Development Agency board voted Thursday to approve Plan JP/Rox, a controversial set of guidelines governing development in a 250-acre area comprised of Forest Hills, Egleston Square, and Jackson Square.

The BPDA has lauded Plan JP/Rox as a “new precedent for a collaborative approach to community-based planning,” while community activists, such as Keep It 100 for Egleston, argue that the plan does little to address the need for affordable housing, and would only worsen displacement there.

Councilor Tito Jackson, a vocal critic of both Plan JP/Rox and the BPDA, urged the board to either postpone its vote or scrap the guidelines altogether.

“You say it’s an affordable unit, but you know based on your own numbers that people in that neighborhood and community can’t actually live in that neighborhood and community in affordable units,” said Jackson, who is running for mayor against Marty Walsh. “When it comes down to it, you have an opportunity in this red-hot market to do better for our neighborhoods, to do better for the people who love Boston.”

As an elected official, Jackson was allowed to speak, but public comment was not permitted at the meeting. Protesters who had packed the room at City Hall repeatedly interrupted the BPDA’s presentation, demanding that the board commit to a larger affordable housing requirement. Police escorted several protesters out of the room, but no arrests were made.

“You will be complicit in one of the worst incidents of racism this city has ever seen,” one protester said, before calling Ted Landsmark and Priscilla Rojas, the only people of color on the five-person BPDA board, “tokens.”

The disruptions prompted board chair Timothy Burke to call a five-minute recess to regain control of the room. 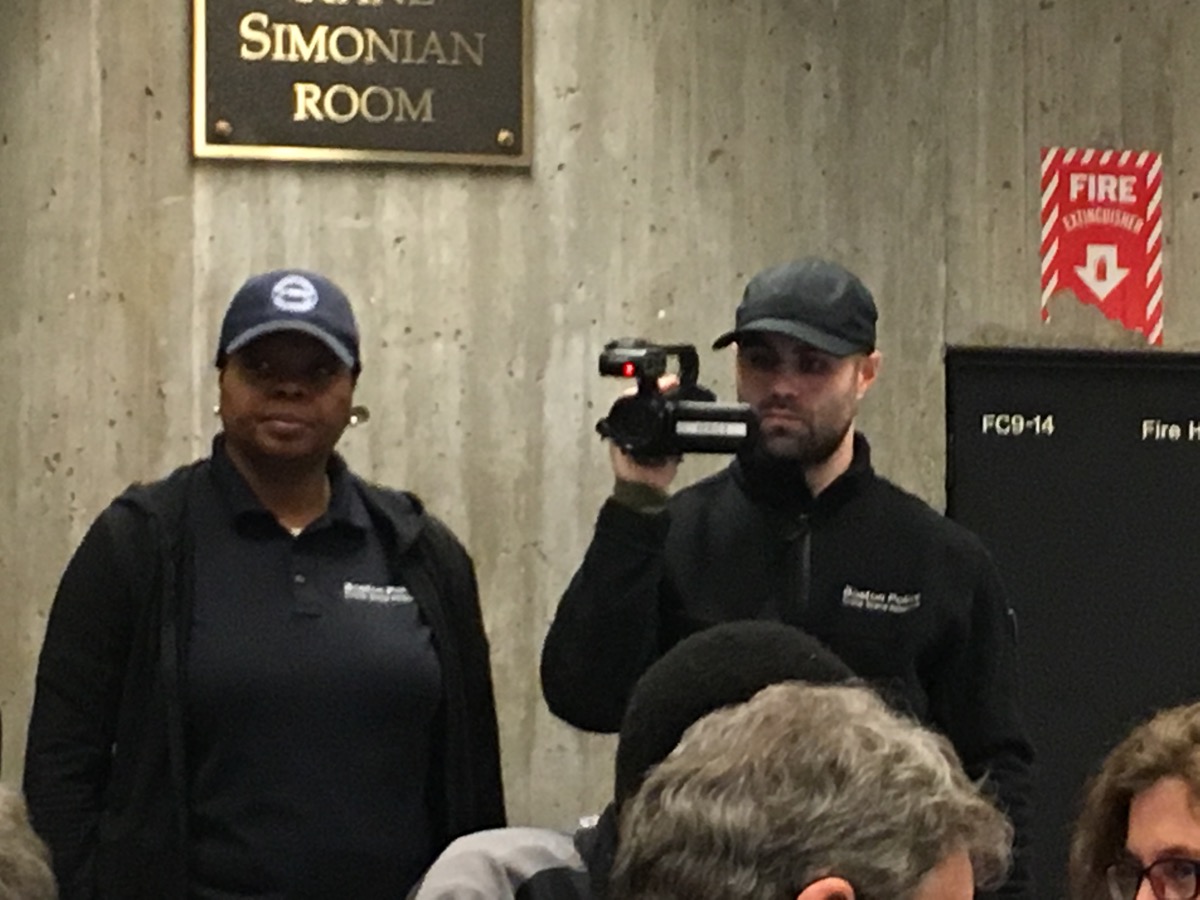 But the planning initiative wasn’t the only event causing controversy at the meeting. Twice at the start of the meeting, Burke asked those recording the meeting to identify themselves in order to comply with Open Meeting Law. While all representatives of the media complied, a member of the Boston Police Department filming interactions between officers and audience members with a camcorder did not identify himself. Following the meeting, the ACLU of Massachusetts filed a public records request with the BPD, seeking information regarding the decision to film the protests, any Boston Regional Intelligence Center files referencing the protests, and the footage itself.

The BPDA referred all questions regarding the police presence at Thursday night’s meeting to the BPD. In an email Friday, Officer Rachel McGuire said the footage is not used for gathering intelligence or surveillance, but rather to prove that proper steps were followed in the event of criminal or court proceedings.

“As part of the open meeting law, the Attorney General’s Office advises that the chair requests those who are filming to disclose they are doing so at the beginning of the meeting,” McGuire said. “The police were not present to record or film the meeting. The officers only filmed interactions between the police and individuals who were disruptive and asked to leave by the chair as a matter of public safety.”

McGuire said that the BPD received information that attendees intended to be arrested while demonstrating at the meeting, prompting the increased presence.

“It is our policy that, in the event of a mass arrest, the department deploys officers to document the lawful order to disperse, as well as the subsequent actions of police and the individuals or group,” she said. “This is not an uncommon practice for the department; the same procedures have been followed for other demonstrations, such as Occupy Boston.”

When asked if the BPDA was at all concerned that such police recordings might discourage participation, spokesperson Bonnie McGilpin said the agency “prioritizes community collaboration that is inclusive and welcoming for all,” and noted the 50 community meetings and workshops that comprised the Plan JP/Rox process.

“The decision to have Boston Police presence at Thursday night’s meeting was a decision made by the Boston Police Department in coordination with Municipal Protective Services and Boston Planning and Development staff to assist in managing the large crowd that was expected,” McGilpin said.

A press release from the BPDA outlining the Plan JP/Rox approval was shared Friday afternoon.