The Greenway Is Staring Down State Funding Cuts

The Baker administration is once again debating how much it's willing to pay for the parks. 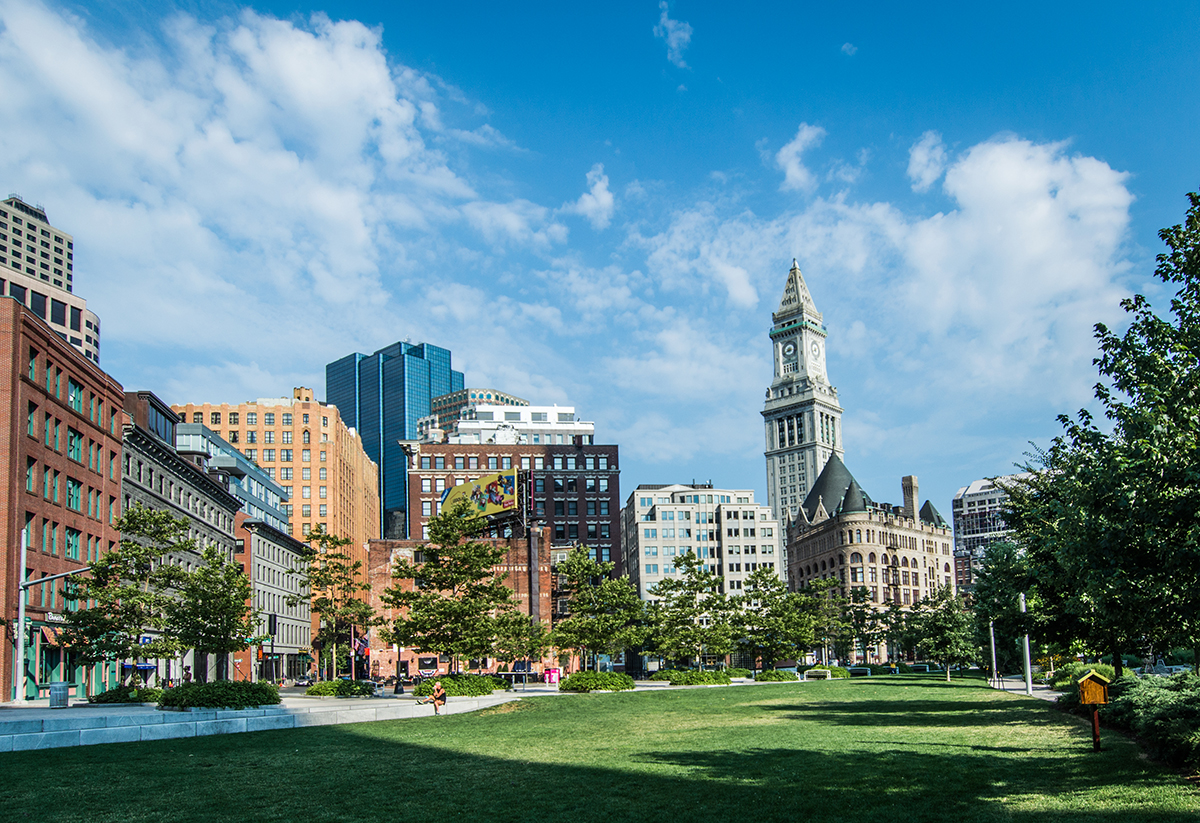 Love the Greenway? It might be time to start paying up.

The lease for the beloved and relatively young park system only runs to the end of June, so negotiations are underway about how much the state is willing to pay to maintain it. The most recent contract with the group that runs it, the Greenway Conservancy, allots $2 million in taxpayer dollars to upkeep of the grassy, meticulously landscaped strip of public spaces.

But that funding could start to dry up. As the Globe is reporting today, the Baker administration appears ready and willing to cut some of it off. So there is now some cause for concern about what might happen if, by summer, the state decides to yank too much, too fast from the Greenway’s budget.

These discussions aren’t new. The eight-year-old relationship between the conservancy and the Commonwealth has always had this cloud of future fiscal austerity hanging over it. The park system has also faced down criticism about management of its finances, particularly the amount it spent (with donor dollars, not taxpayer dollars) on the hanging sculpture by artist Janet Echelman.

For now, Jesse Brackenbury, the Greenway Conservancy’s Executive Director, says he feels like the talks on Beacon Hill are going well.

“Productive conversations continue with the State and other stakeholders about putting The Greenway on a stable, long-term footing,” he says in a prepared statement. “The Greenway is an asset for economic growth and a destination for Massachusetts residents and visitors. We remain confident of a shared resolution that is good for the park and for the public.”

With a big cushion from the state over its eight-year history, the conservancy has breathed new life into the space once occupied by the bedeviled Central Artery before the Big Dig. The art installations that keep debuting on the properties—not to mention all the food trucks, the carousel, and the free live music—have led to a surge in popularity for the space. There are now some 400 public events a year held on Greenway grounds, and on a nice day the place is packed with people taking breaks from the bustle of the city and mellowing out near its fountains and smartphone-powered illuminated columns.

Columnist Shirley Leung today argues that abutters to the property ought to be willing to pay a lot more than they do to keep the parks groomed and fertilized. Despite the gazillions the owners of those buildings collect from the tenants who enjoy those amenities, they contribute just $130,000 a year to the Greenway. More taxes via a so-called “business improvement district” agreement, she says, could be the best way to get property owners to pay more.

There are other sources of funding to get the parks on the path to self-sustainability, too—private donors, for one. They currently supply about three-fifths of the Greenway’s budget. On top of that, the conservancy has been bringing in more and more public spectacles paid for by sponsors, like when Florida tourism officials paid to install a temporary zip line in Dewey Square last month.

There are certainly ways to make this work with less of the public dime. So with sunny lunch break and Boston Calling Block Party season around the corner, now would be a good time to consider how much the beneficiaries of the Greenway are willing to pay to keep it around.