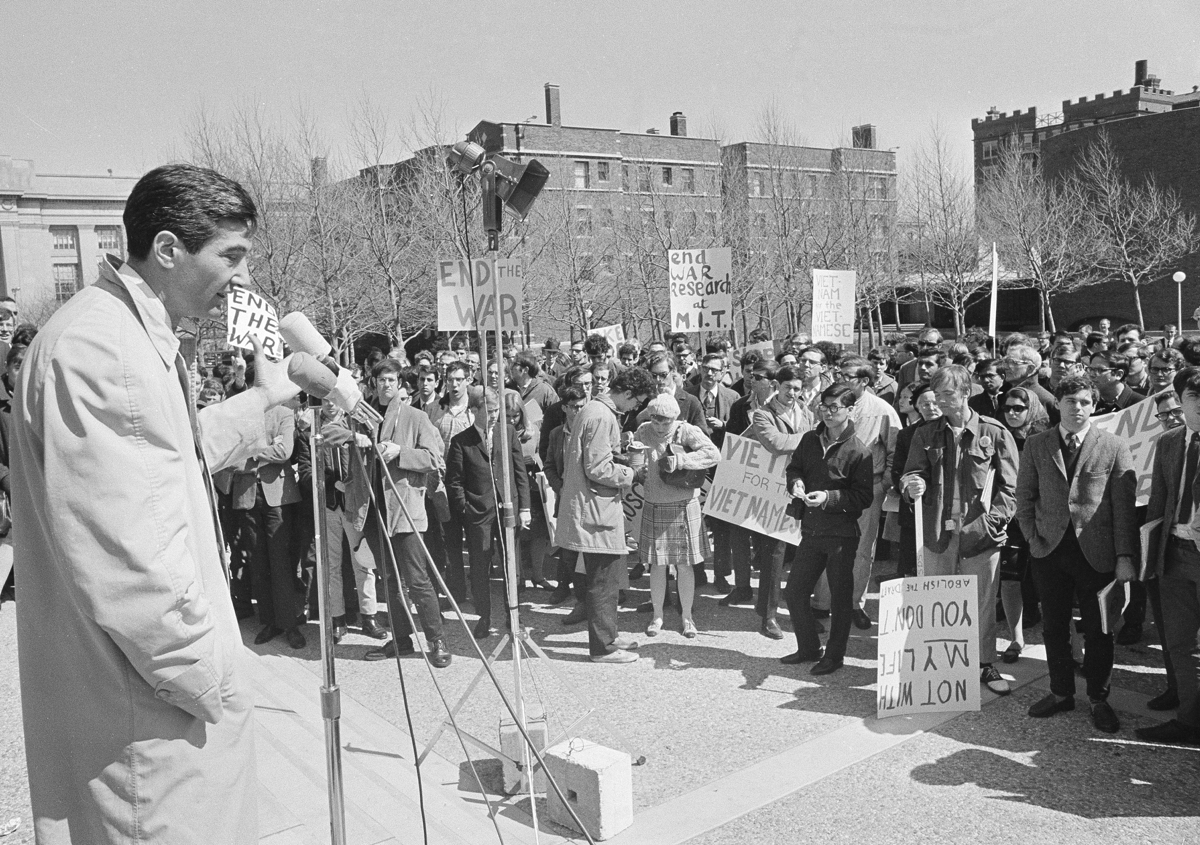 Zinn protesting the Vietnam War at MIT, 1967. Photo via AP

A lawmaker in Arkansas have introduced a bill that would ban books written by the late historian Howard Zinn from the state’s public schools.

State Rep. Kim Hendren’s one-page bill would prohibit any public school district or charter school from its curriculum anything written by the controversial Boston University professor between 1959 and his death in 2010. (But as the Arkansas Times wryly notes, anything before 1959 is fair game.)

Zinn, who also worked as a shipyard worker and served in World War II, is best known for his 1980 book A People’s History of the United States, which reinterpreted American history through the lens of class struggle and exploitation. Responding to critics who said the best-seller was too heavy-handed in its revisionism, Zinn told the Times: “It’s not an unbiased account; so what? If you look at history from the perspective of the slaughtered and mutilated, it’s a different story.”

A People’s History even received a shout-out in Good Will Hunting.

For 24 years, Zinn taught at BU, where he shared an adversarial relationship with its autocratic president John Silber, who disapproved of his radical politics. In his column for the Boston Globe, Zinn recounted his battles with Silber, who had routinely denied him pay raises.

This isn’t the first time a Republican elected official has sought to ban Zinn’s work. Former Indiana Gov. Mitch Daniels requested that his books be banned from classrooms. Emails obtained by the Associated Press in 2013 revealed he had celebrated Zinn’s death of a heart attack.

“This terrible anti-American academic has finally passed away,” Daniels wrote. “The obits and commentaries mentioned his book, ‘A People’s History of the United States,’ is the ‘textbook of choice in high schools and colleges around the country.’ It is a truly execrable, anti-factual piece of disinformation that misstates American history on every page.”