The former Patriots QB is expected to be the Mets' DH. 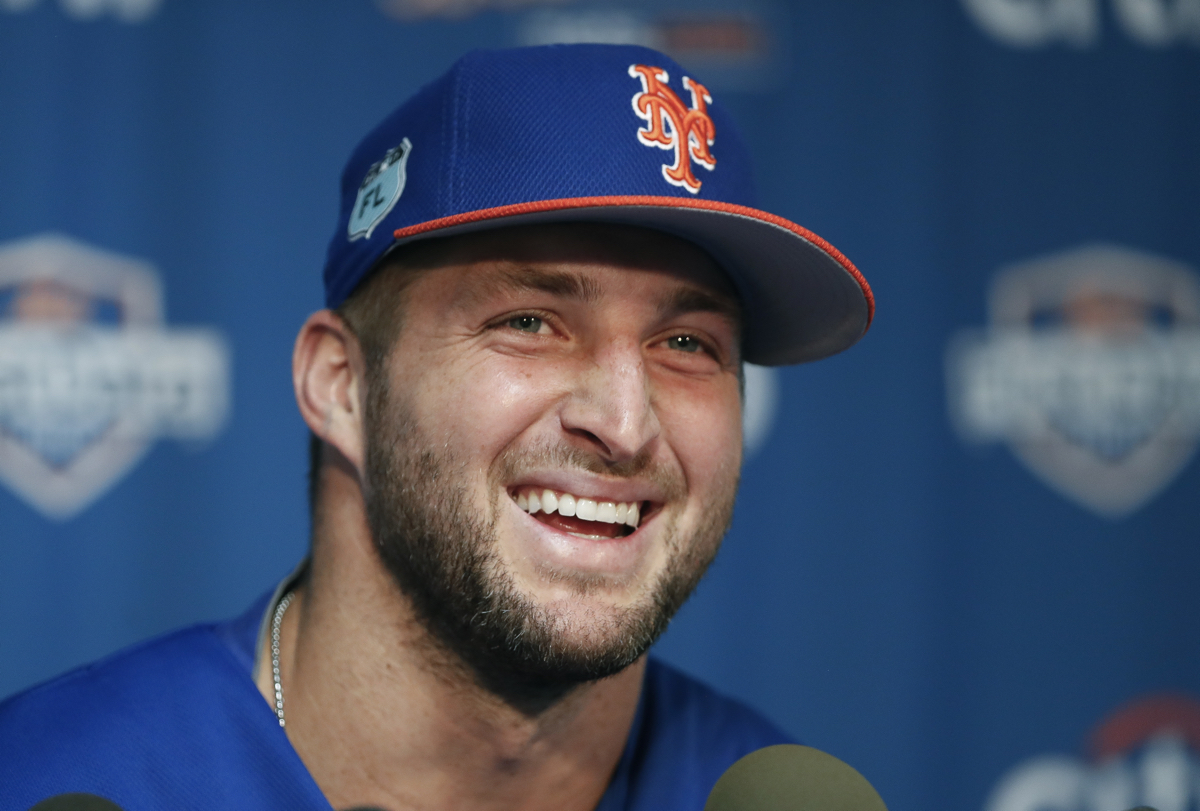 For what could very well be the first time, a former member of the New England Patriots will face off against…the Boston Red Sox.

Hymn-singing, touchdown-slinging former NFL quarterback Tim Tebow signed a minor-league deal with the New York Mets in September, and promptly homered in his first at-bat. He joined the Mets for spring training in his native Florida, where he’ll face the Red Sox as New York’s designated hitter.

Tim Tebow to start at designated hitter for the Mets on Wednesday & maybe play the outfield on Friday, per Terry Collins.

Tebow could run into some trouble, however, with Rick Porcello, last year’s Cy Young, taking the mound for the Red Sox, opposite Noah Syndergaard for the Mets. The 28-year-old previously played for the Scottsdale Scorpions in the Arizona Fall League, where he notched four RBI and a .173 batting average through 33 games.

The Red Sox were rumored to have shown interest in Tebow this summer, upon his decision to play baseball for the first time since high school. General manager Dave Dombrowski sent a scout to Tebow’s workout in Los Angeles, but apparently didn’t feel compelled to add the Heisman Trophy winner to the Sox lineup.