After a barrage of criticism, parade organizers now say they will allow a gay veterans group to march. 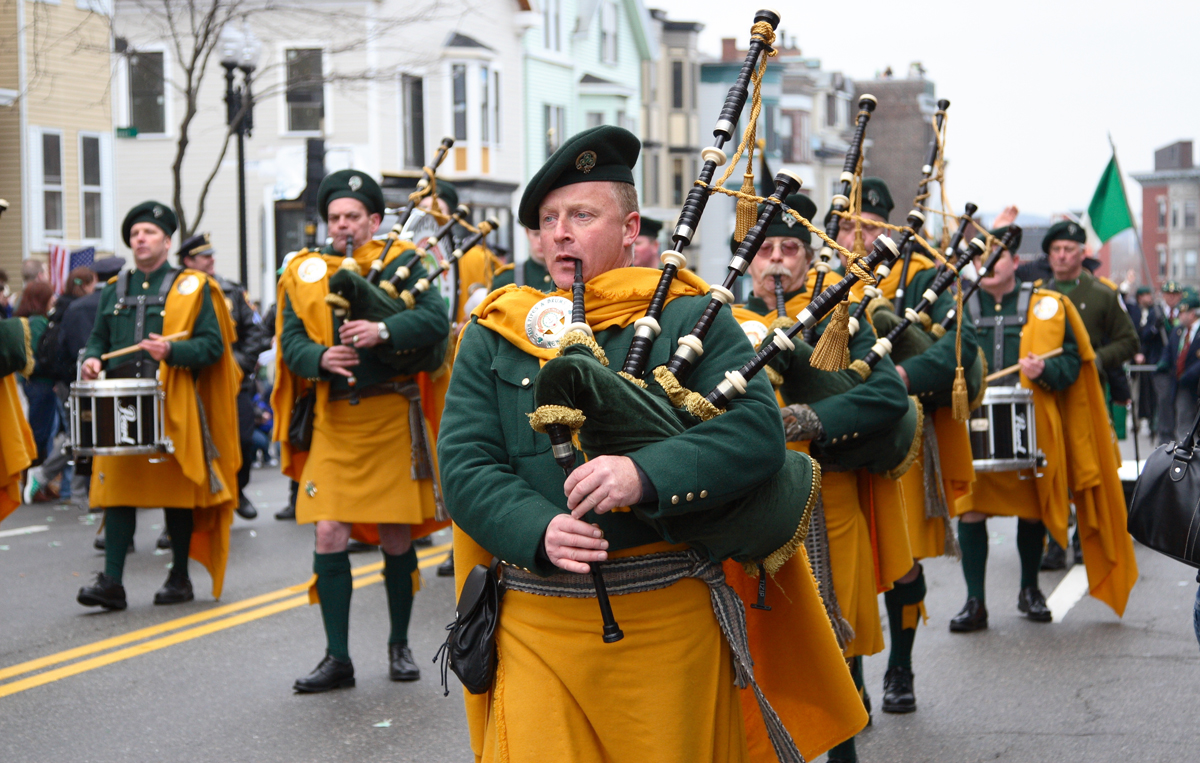 Update, Friday, March 10, 4:26 p.m.: After a barrage of backlash, the Allied War Veterans Council has reportedly changed its mind and will now permit the gay veterans group OUTVETS to march in South Boston’s St. Patrick’s Day Parade. The move was announced in a tweet Friday afternoon. It was not yet clear whether OUTVETS still planned to march. “OutVets is in receipt of a letter from the Allied War Veterans Council,” the group said in a statement on Facebook. “We are actively reviewing it.”

Acceptance letter signed by Parade Organizer to allow @OUTVETS to march in 2017 parade.

Earlier: Amid criticism, threats of a boycott, spooked sponsors and defecting veterans, the organizers of the once-again-embattled St. Patrick’s Day Parade in South Boston are reportedly gathering for an “emergency meeting” today.

The turmoil began this week after word got out that the Allied War Veterans Council told OUTVETS, a group for gay veterans, they could not march this year. The council has since explained that their problem is with the group’s use of a rainbow flag in its logo, which they believe violates its brief but very specific code of conduct banning “the advertisement or display of one’s sexual orientation.”

“The question at hand is not one of inclusion or discrimination,” the AWVC says in a statement on its website. “The Council is accepting of all people and organizations, but it will not permit messages that conflict with the overall theme of the Parade.”

To most everyone else, though, the question at hand is inclusion and discrimination, and the blowback has led to a crisis for the beloved annual parade. OUTVETS called their exclusion “a sad day for the LGBTQ community but also a horrible day for Veterans. Sponsors Stop & Shop, Anheuser-Busch, Boston Scally Co., and the Dedham Institution for Savings are all running away. Local leaders—among them Boston Mayor Marty Walsh, Gov. Charlie Baker, Sen. Ed Markey, Reps. Stephen Lynch and Seth Moulton, city councilors, and state senators—are all condemning the move and say they will boycott the parade. A growing list of veterans and veterans groups are distancing themselves from the council.

All of a sudden media outlets around the country have turned their gaze to Boston (including Fox News, which, hilariously, reported that the parade begins at Gillette Stadium). Although they may reconsider their vote, it really isn’t clear what the council will do today. They appear to be making the case against doing so, arguing in part that OUTVETS was late with some paperwork, and in part that the group must obey that code of conduct rule about how visibly gay marchers can be. The organizers reportedly offered to let OUTVETS march if they ditched their rainbows. They refused.

Earlier this week, politicians quickly lined up in opposition to the move, and vowed to boycott the beloved parade. Mayor Walsh announced he would skip the parade unless things changed. “Anyone who values what our city stands for should do the same,” Walsh said in a statement.

Baker, speaking with reporters, he got emotional. “That word ‘veteran,’ to me, approaches ‘holy,’ and the idea that we would restrict the opportunity for men and women who put on that uniform, who know full well they could put themselves in harm’s way, and deny them an opportunity to march in the parade that’s about celebrating veterans doesn’t make any sense to me,” he said.

“It is outrageous and disgraceful,” Moulton said, according to the State House News Service. “Let’s just be clear, these are men and women who courageously put their lives on the line for our country. They deserve our respect just as much as anyone, and if this decision is not reversed immediately, I would encourage anybody who supports freedom, equality, and the service of our veterans no matter who they are, to boycott this parade.”

Sen. Linda Dorcena Forry of Dorchester did, too, the News Service reports: “For the last two years, I have had the honor of marching in an inclusive parade that has reflected the diversity of the brave men and women of our U.S. Armed Services. I ask the South Boston Allied War Veterans Council to return to the table, reverse their vote and invite OUTVETS to participate in the parade,” she said.

“Whoever voted for this is a nitwit,” City Councilor Michael Flaherty, of South Boston, told the Globe.

South Boston’s Thomas J. Fitzgerald VFW Post defended OUTVETS, too. “The Fitzgerald Post believes all veterans’ organizations should have the right to march in a parade that is intended to celebrate the military,” the post said in a statement.

The VFW’s members decided to leave the Allied War Veterans’ Council last year over its exclusion another veterans group: the pacifists Veterans for Peace, who have been kept out of the parade on the grounds that they are a “protest” group.

Stop & Shop, a sponsor of the parade, pulled out. “The men and women from OutVets, who have bravely served our country, deserve our respect and to be included,” it said in a statement.

Meanwhile, OUTVETS thanked supporters on Facebook this morning, said it was “humbled and moved” by the response they have received. They are organizing a meet-up for members and supporters this Sunday at Club Cafe.