Maura Healey Is Heading Back to Court Over Travel Ban 2.0

Massachusetts' Attorney General is joining in the latest legal battle against the Trump executive order. 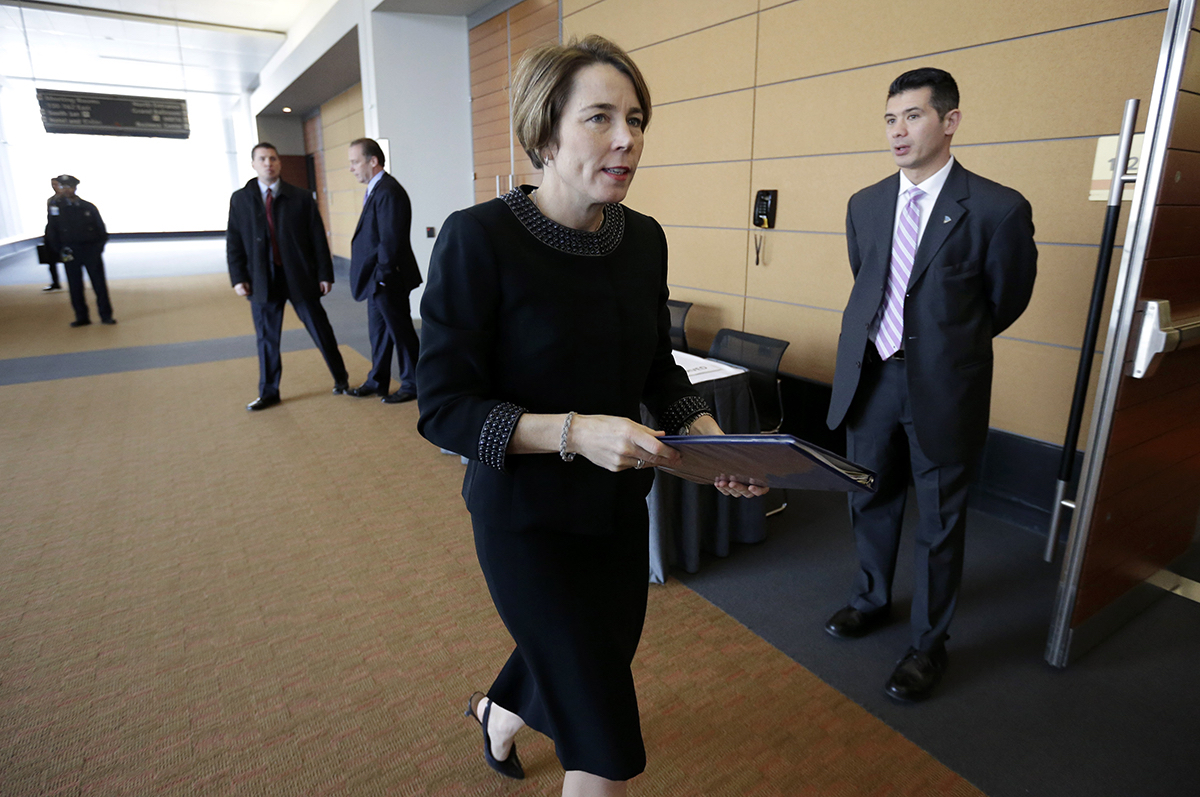 Attorney General Maura Healey just announced that the state is going to battle once more with the Trump administration over the latest attempt to close the borders to immigrants from Muslim-majority countries overseas.

The Attorney General’s office announced Thursday that it would be joining an effort led by Washington state and to challenge the executive order in court. Washington was the second state to launch a challenge against the new  ban, following Hawaii. Attorney Generals in New York and Oregon also plan to join, CNN is reporting.

We are consolidating our efforts and joining fellow states, led by @AGOWA, to challenge Trump’s unlawful #MuslimBan2. https://t.co/A2OdQEiUZw

Healey and other Massachusetts leaders this week were quick to denounce the new ban, which debuted on Monday, as more of the same. Trump the candidate promised voters he would keep Muslims from migrating here, they said, and that’s all he’s doing now. The White House says the temporary ban, which applies to Iran, Syria, Lybia, Sudan, Somalia, and Yemen as well as refugees from any country, is about keeping Americans safe from terrorism.

In a tweet Thursday, Healey reiterated criticism, referring to it as a “Muslim ban,” a term the White House has tried to distance itself from. “Trump’s second travel ban remains a discriminatory, unconstitutional attempt to make good on his campaign promise to implement a #MuslimBan,” she wrote.

Her office joined a lawsuit earlier this year challenging the first executive order, which was met with protest at airports and in cities around the country. A federal judge in Massachusetts ruled against blocking the order here, but a judge in Seattle ruled in favor of a restraining order, halting the ban. That ruling applied nationwide, prompting the Trump administration to scrap the earlier version of it and come up with this new one, which they hope will pass legal muster.

The revised ban announced this week no longer blocks travelers from Iraq, and it includes a host of exemptions, including for those who were already given authorization to travel to the U.S. with temporary visas or permanent residency permits. It is slated to take effect March 16.

Last night, hundreds of people rallied in Harvard Square in opposition to the ban.