Throwback Thursday: The White Hurricane of 1888 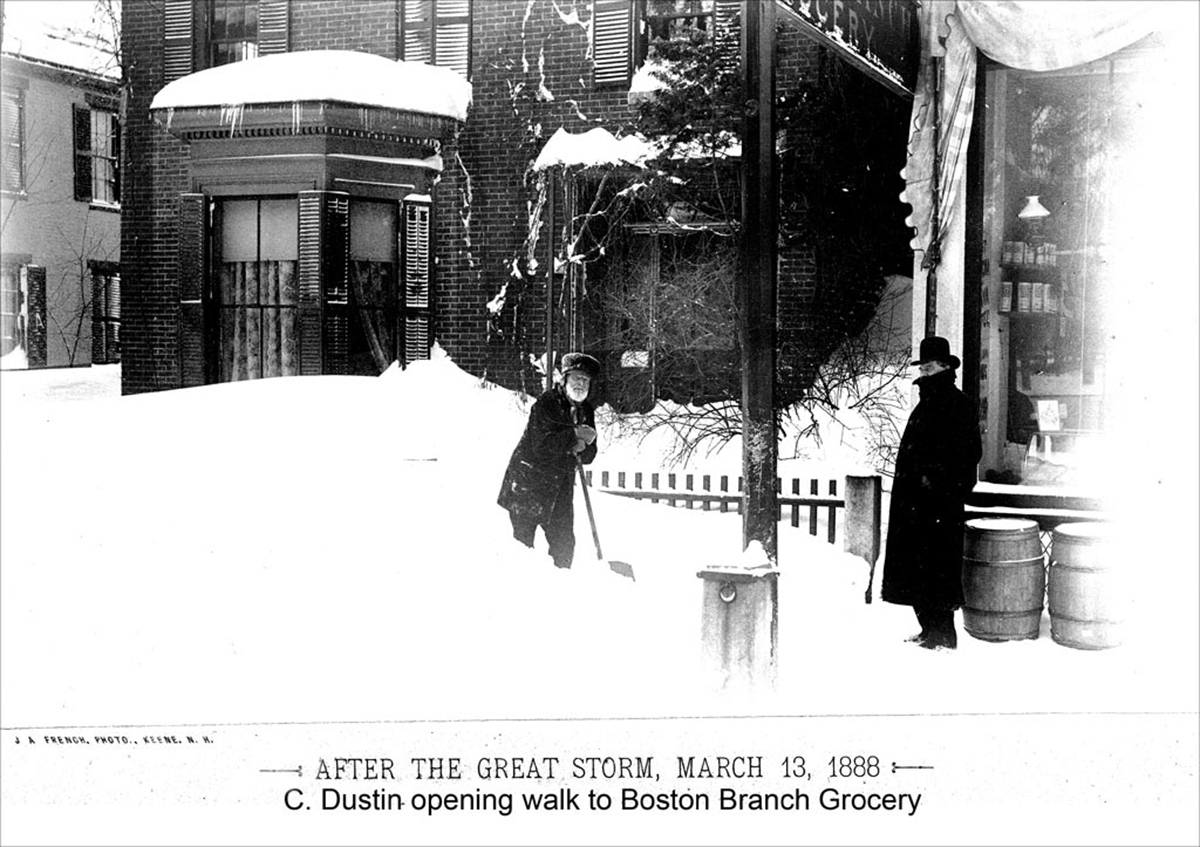 On March 11, 1888, a calamitous snowstorm brought daily life in Massachusetts screeching to a halt. The “White Hurricane” whipped up and down the East Coast for almost two days, and is remembered as one of the worst blizzards in U.S. history.

Before the storm dumped as much as 55 inches of snow on the region, temperatures had been unseasonably warm. The weather seemed a sure harbinger of springtime, but a few days later, Mother Nature would rack up a death toll of almost 400 people.

On a Monday morning, light rain turned to heavy snow, kicking off the devastating storm. Temperatures plummeted and the storm soon unleashed sharp winds and whiteout conditions, creating massive snowdrifts. Some buildings and homes even became buried in snow up to the second floor.

Supplies of food in cities like Boston, Springfield, and Worcester ran low. According to the Massachusetts Foundation for the Humanities, heating also became scarce after trains carrying coal to coal-heated homes were halted on the tracks.

The New England Historical Society explains children died trying to get home from school during the unexpected storm. In Springfield, a man bent down to pick up a hat in a snow bank and found a young girl buried in it. Adults, too, were swept up in towering snowdrifts as they fought to get to work. They risked their lives because they had no job security—in one case, a millworker was found frozen to death only a short ways away from the mill where he worked.

The White Hurricane of 1888 is sometimes compared to the Blizzard of ’78. But it was far more dangerous than a few unexpected snow days—the storm buried people, trapped workers and passengers on railway cars, and claimed hundreds of lives. The storm’s ferocity, coupled with a lack of technology and mass communication that had been available in 1978, is what paralyzed the region.

However, this paralysis lead to innovation in Boston. Officials were so unnerved by the city’s complete shutdown in the storm that they vowed to create an underground subway system. Less than a decade later, the nation’s first public subway system made its first trip from Park Street to Boylston Street.