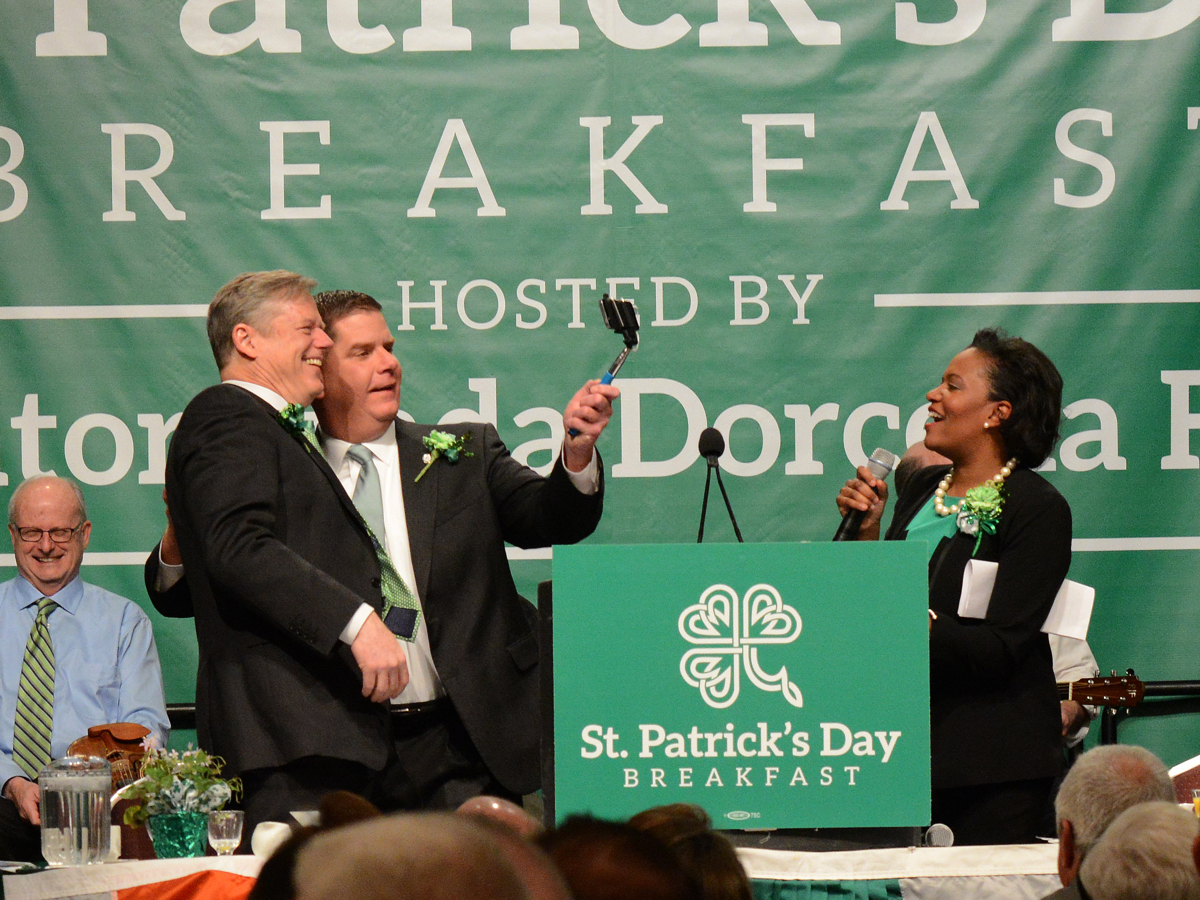 The traditional meeting of Massachusetts’ leading politicians has always had a flair for the corny, from Billy Bulger’s Dean Martin Celebrity Roast—esque performances to Mayor Marty Walsh’s fur-trimmed rendition of Adele’s “Hello.” But amidst the backdrop of the Allied War Veterans Council’s decision to exclude OUTVETS, an LGBTQ veterans group, from marching in the neighborhood’s parade, the typically hokey fete could provide some much-needed levity.

“The St. Patrick’s Day Breakfast is a time-honored tradition in South Boston and I am deeply honored to once again have the opportunity to host Boston’s signature St. Patrick’s Day event for a fourth year,” Forry said in a release. “We have some wonderful guests coming again this year—including some big surprises. It will be a special day.”

Forry announced Friday she would boycott the parade—wholly unaffiliated with the breakfast—regardless if the Council reversed its decision. (Facing enormous pressure last week, it did.)

“It is unacceptable to exclude anyone in our community,” she said in a release. “But the Council has chosen to exclude the best of us: veterans who have bravely served our country and put their lives ont he line for our freedoms. As the state senator representing South Boston, I know this community does not share these ignorant beliefs.”

Sunday’s breakfast is scheduled to kick off at 9:30 at the Boston Convention and Exhibition Center. It will be broadcast on NECN, streamed on NECN.com, and hosted by Joy Lim Nakrin, Brian Shactman, and Alison King. While the final line-up is still being worked out, many big names have already confirmed: Gov. Charlie Baker, Senators Elizabeth Warren and Ed Markey, Attorney General Maura Healey, Senate President Stan Rosenberg, House Speaker Robert DeLeo, and Congressman Stephen Lynch.