Here’s What Could Replace the South End’s Flower Exchange

Its new owners have revealed their plans. 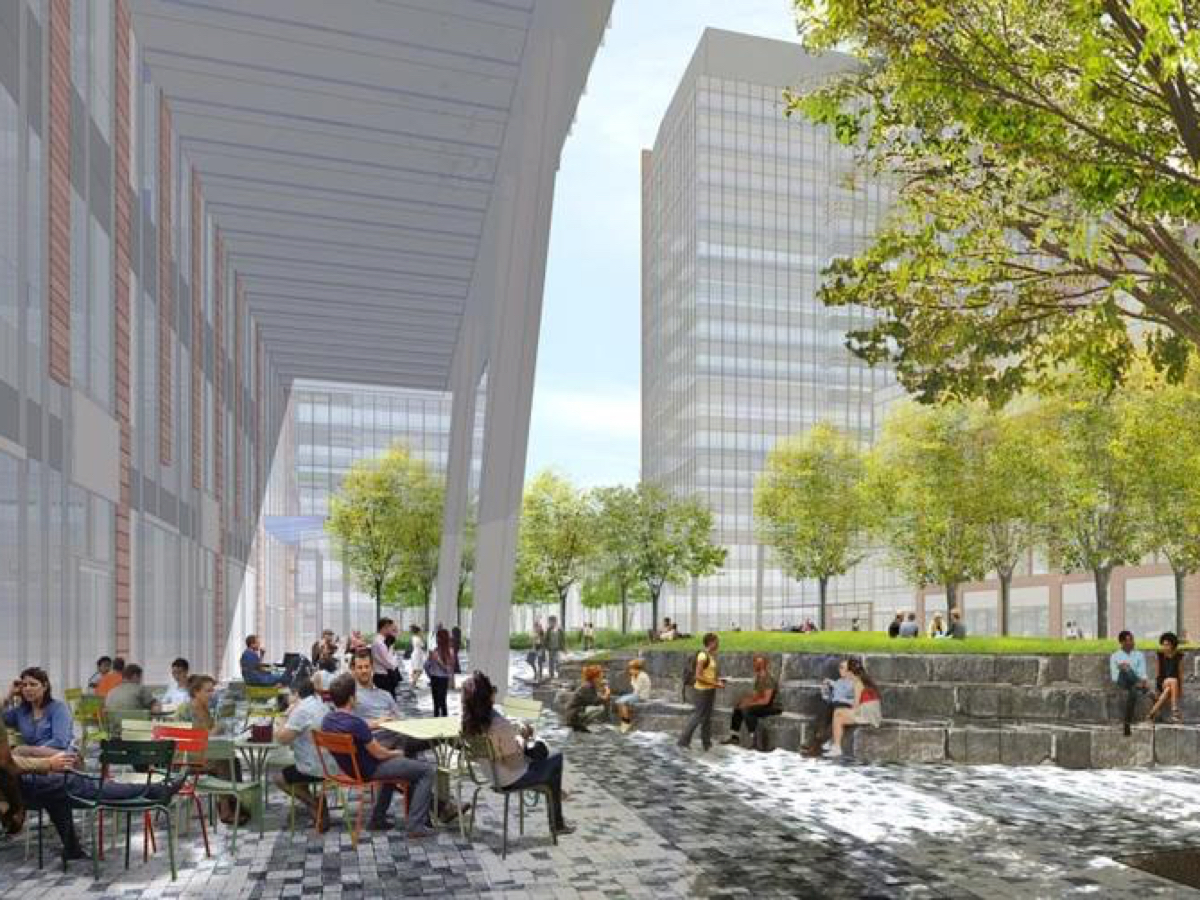 Image via The Abbey Group

The new owners of the Boston Flower Exchange in the South End have revealed their plans for the Albany Street site, and it’s got a certain Kendall Square flair.

The Abbey Group held a preliminary meeting with a neighborhood group Wednesday, the Globe reports, where it outlined its vision for four office and lab buildings with street-level retail and restaurants, as well as a cultural center, all built around a one-acre “European plaza” tentatively called the “Albany Green.”

The 5.5-acre, 1.6-million-square-foot project hopes to attract companies with its proximity to Boston Medical Center and Boston University Medical School. The area along the Southeast Expressway has seen some of the city’s most dramatic redevelopment over the last decade, from National Development’s Ink Block complex to Related Beal’s 370-380 Harrison Ave. development, at the former site of Quinzani’s Bakery.

But nothing’s official just yet—the Abbey Group is still months away from filing plans with the Boston Planning and Development Agency.