The challenge to the ban cites impacts on UMass Medical School. 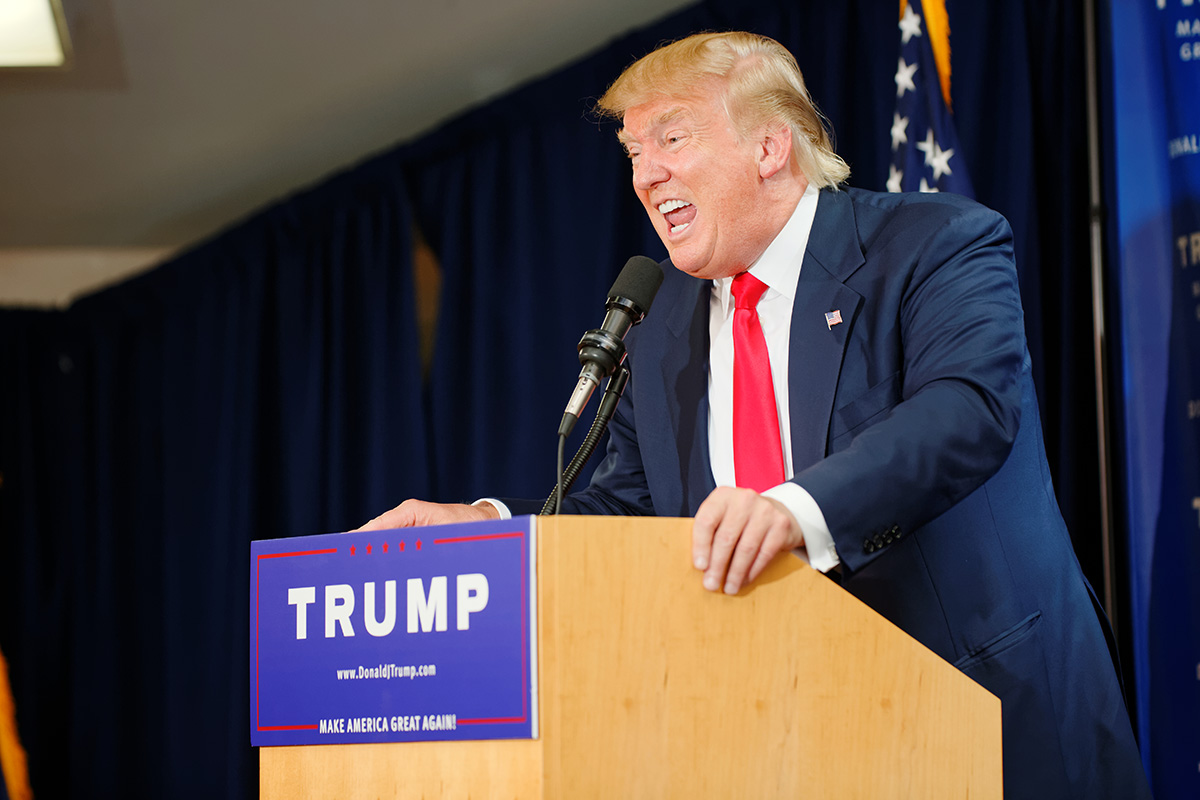 Trump’s travel ban stalled once again last night, as courts in Hawaii and Maryland ruled in favor of a temporary restraining order blocking it for a second time. And once again, Massachusetts helped.

Judges in those two states decided to halt the ban, based on testimony from opponents that cited in part Trump’s own campaign rhetoric promising to ban all Muslims from entering the country. The case against the ban—which had been slated to take effect Thursday—also cited people and institutions in states around the country likely to be impacted negatively by Trump’s sweeping executive order, including some locals like the University of Massachusetts.

Attorney General Maura Healey’s office was among thirteen states and the District of Columbia to contribute to an amicus brief challenging the order, and the detailed rebuke includes concerns from Massachusetts stakeholders—which comes after a collaboration between Healey and Gov. Charlie Baker following the announcement of the first ban to collect input from hospitals, colleges, employers, and others in the state who might be impacted by it.

For starters, as evidence for how colleges are facing “disruption, uncertainty, and fear,” the brief cites the UMass Medical School, which it says employs 130 people from the six majority-Muslim countries listed in the ban. It also adds that due to a travel ban the school may be “unable to hire top-ranked potential faculty, lecturers, or visiting scholars,” at a time when “UMass is interviewing top candidates and extending offers to faculty for the 2017-2018 year.”

By barring entry for nationals of the six designated countries, the revised Order has already created disruption, uncertainty, and fear among current and potential faculty members and substantially hampered the ability of state universities to attract and retain scholars from abroad. The harm is deep and widespread. For example, the University of Massachusetts (“UMass”) employs approximately 130 employees from the affected countries who are neither lawful permanent residents nor U.S. citizens, including Professors, Researchers, Visiting Faculty, and Post-Doctoral Fellows across a wide variety of academic departments. To the extent these employees hold expired or single-entry visas, they now stand to face unprecedented delays in the renewal of their visas, precluding them from international travel—whether for personal reasons or to fulfill professional obligations—during the implementation of the entry ban. The revised Order’s 90-day entry ban also coincides with the peak period of the hiring season, during which UMass is interviewing top candidates and extending offers to faculty for the 2017-2018 year. UMass may be unable to hire top-ranked potential faculty, lecturers, or visiting scholars from the affected countries because the revised Order may preclude them from reaching the United States to fulfill their teaching obligations.3 Baruch College, part of the City University of New York

The executive order also runs the risk of “endangering our public health and placing our communities at risk” by messing with medical schools’ “match” programs for residents, the brief says, also listing UMass.

Additional disruption has occurred in the context of medical residency staffing, endangering our public health and placing our communities at risk. State medical schools participate in a “match” program that assigns residents to university hospital programs. These medical residents perform crucial services, including providing medical care to underserved populations. The process has already begun, with candidate applications and interviews and medical schools’ rankings of future residents already completed. The computerized “match” is scheduled for March 17 (one day after the revised Order is scheduled to go into effect), and matched residents are expected to begin work on July 1. Many programs regularly match medical residents from the six designated countries. Indeed, prior to the revised Order, institutions like the University of Massachusetts Medical School had already interviewed specific applicants from the designated countries. These programs now must forgo ranking applicants from these countries or risk having insufficient medical residents to meet staffing needs if their preferred choices are precluded from obtaining a visa or banned from entry even if they have one.

And on the issue of diversity compliance, the brief says the ban could keep states, including Massachusetts, from meeting diversity goals in hiring, by making it so talented applicants from the banned countries are no longer allowed in.

Decreased ability to enforce state antidiscrimination laws. Most fundamentally, the revised Order prevents States from honoring the commitments to openness, tolerance, and diversity that lie at the heart of our state constitutions and laws. The amici States have exercised their sovereign prerogative to adopt constitutional provisions and enact laws that protect their citizens from discrimination. Our residents and businesses—and, indeed, many of the amici States ourselves—are prohibited by those state enactments from taking national origin and religion into account in determining to whom they can extend employment and other opportunities. The revised Order stands in stark opposition to these core expressions of the States’ sovereignty. To be sure, under the Supremacy Clause these state provisions and laws must give way if they conflict with valid federal law. But the revised Order is unlawful and unconstitutional, and the States’ interest in enforcing their state constitutions and laws gives them a distinct basis to so argue in federal court.

A number of states signed on to this latest effort to quash the order, including ours, and politicians here were unsparing in their criticism. It “discriminates against the same people,” said Boston Mayor Marty Walsh at the time.

Last night, Healey’s response to the decision in Hawaii was succinct: