Then just a newly elected congressman from Vermont, Sanders offered a foreboding vision of the future. Well, here we are. 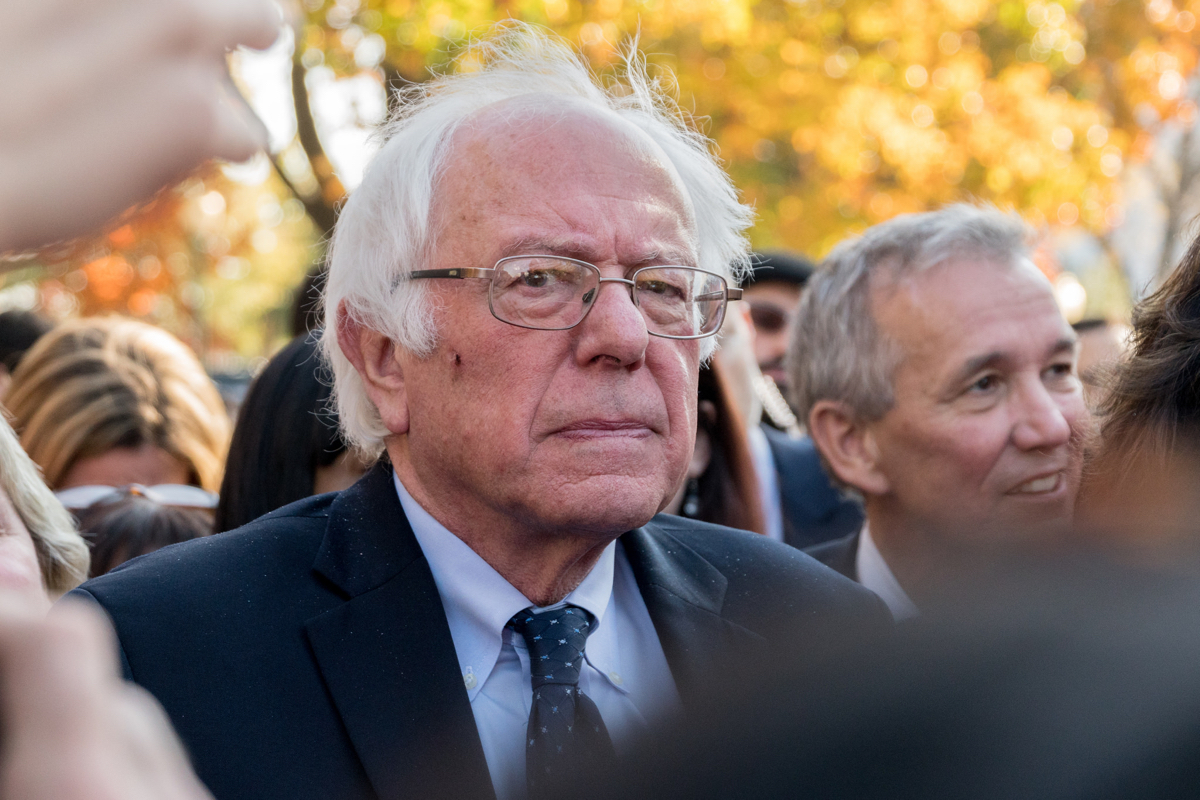 Sen. Bernie Sanders is by far the most popular politician in America, at a time when our elected officials, especially those in Congress, are held in remarkably (and in some cases, deservedly) low esteem.

As voters increasingly place a higher premium on authenticity, it’s hard to dispute the consistency of Sanders’ message over the years. Listen to his November 15, 1991 lecture at Harvard—recorded just a year after he first won his seat in Congress—and you’ll find few changes to his rhetoric.

President Donald Trump has replaced George H. W. Bush, and Sanders’ frantic farrago of figures and percentages has been updated to reflect an even wider gap between the haves and have-nots. But overall, the song remains the same.

“What is going on to a large degree in this country is the enormity of the problems are [sic] being swept underneath the rug, and there is not serious debate. And what are the ramifications of that?” Sanders said. “The ramifications of that process both by the Democratic and Republican Party and the mass media is that tens of millions of people in this country now have given up on politics, have very little belief that the government is capable of resolving the enormous problems facing this country.”

The apathy Sanders describes manifested in the lowest voter turnout in two decades in 2016, with just 55 percent of voting-age citizens casting a ballot in the first presidential election without the full protections of the Voting Rights Act.

“Not only is that a disaster onto itself, but it lays the groundwork for demagoguery and the likes of the David Dukes of this world, who say, ‘Do you have problems?’ And people say, ‘Yeah, we’ve got a lot of problems.’ ‘Well the answer is, it’s blacks, it’s Jews, welfare recipients.’ ‘Oh, is that the answer? Okay Dave, we’re with you.'”

Duke, the former Ku Klux Klan grand wizard and Holocaust denier, has been one of Trump’s most vocal supporters. (Trump later disavowed Duke and the KKK.) Sanders’ lecture in Cambridge came one day before Duke garnered nearly 39 percent of the vote in the Louisiana gubernatorial runoff.

This is one of the most exciting nights of my life -> make no mistake about it, our people have played a HUGE role in electing Trump! #MAGA pic.twitter.com/HvJyiJYuVa

“One has the right to lay the fault for the creation of the David Dukes of the world—and he will not be the last—on the shoulders of government, the Congress, the president, state governments who are not addressing the major problems facing this country, and are creating a situation where most people are giving up on the political process,” Sanders said.

In an interview included on PM Press‘ recording of his lecture, released last year, Sanders took aim at the mass media for failing to reflect the decline in the standard of living of working-class Americans, creating a sense of alienation. The lack of progressive viewpoints in mass media and its corporate ownership are hardly a coincidence, Sanders argues.

“The American people do not have the opportunity, to see on television, their own reality,” Sanders said. “Tens of millions of people, in very deep trouble right now, they say, ‘Must be me. Gee, the president says we’re not in a recession. If I could only lift myself up on my bootstraps. Must be my problem. I don’t know what I’m not feeling better.'”

“And they don’t understand that they’re not allowed to learn that their problems—whether it’s they can’t afford healthcare, how they’re treated on the job—are shared by the vast majority of the people. That’s the secret. We don’t talk about it. It’s not just your problem; tens of millions of Americans also have that problem.”

In retrospect, the early ’90s were a politically charged time on Harvard’s campus. A year prior to Sanders’ visit, a 28-year-old Barack Obama addressed a protest at Harvard Law School, where he (and Trump’s Supreme Court pick Neil Gorsuch) graduated in 1991.