The MBTA wants to close its $42 million deficit. But at what cost? 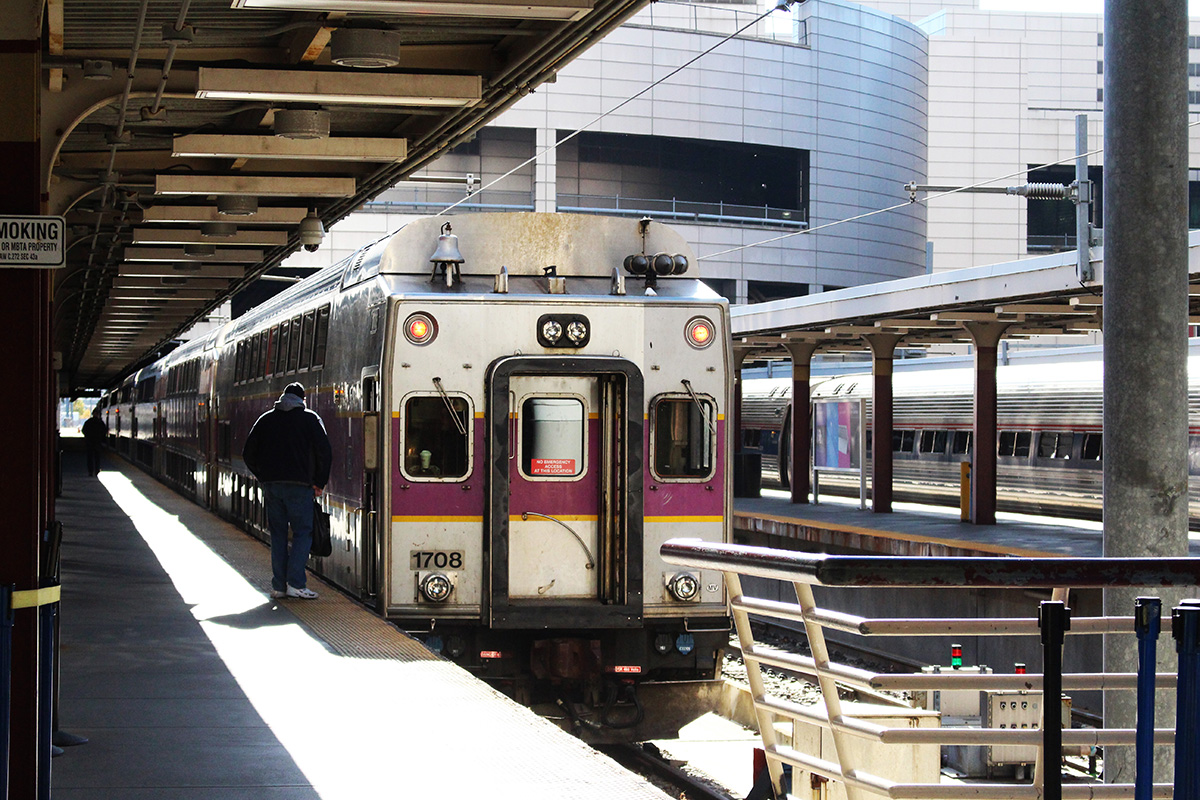 For many Boston sports fans hoping to avoid the perils of driving into the city and—gasp—finding parking, taking the commuter rail is the easiest way to catch a game. But starting this summer, that might not be an option on the weekends.

The MBTA has proposed cutting all weekend commuter rail service to save $10 million, as part of a larger effort to shore up a $42 million budget deficit. If approved by its fiscal control board, this yearlong proposal to “reinvent” weekend service as a “demand-driven, fiscally sustainable product” would be among T’s more drastic cost-saving measures under Gov. Charlie Baker, following fare hikes and the elimination of late-night subway and bus service. It would also make Boston the owners of the only one of the top ten busiest commuter rail services in the country that doesn’t have weekend service—a dubious distinction.

That could spell trouble for sports fans outside Boston proper, especially as the city’s parking stock is poised for a major shake-up. Three downtown garages are in various stages of redevelopment: the Government Center Garage will eliminate about half of its 2,300 spaces as it transitions into a cluster of two skyscrapers and a mid-rise apartment building; Don Chiofaro’s long-stalled plans to raze the Boston Harbor Garage and its 1,400 parking spaces near the New England Aquarium could soon gain the zoning it needs to proceed; and the Garden Garage will be razed to build a 44-story residential tower, albeit with 775 below-grade parking spaces.

So if it’s feasible, taking the commuter rail into Boston makes plenty sense.

In March 2014, the MBTA opened its revamped Yawkey station just steps from Fenway Park. At the time, former Red Sox president Larry Lucchino said the Framingham/Worcester stop would have “a profound impact on many of our fans who use public transportation.” According to the T’s website, the commuter rail shuttles “thousands of extra fans as they travel in and out of Fenway Park” throughout baseball season.

If the T board axes weekend service in July, as many as 14 regular season home games this year would be inaccessible via commuter rail. With nearly 2,000 inbound trips, the Framingham/Worcester line has the second-highest weekend ridership, according to May 2016 data provided by Keolis, the MBTA’s commuter rail operator.

“We are waiting to hear back from the MBTA on whether the cuts would include eliminating service on game days,” says Zineb Curran, senior director of communications for the Red Sox. “As you know, we strongly encourage our fans to use public transportation and hope the MBTA will be able to at least maintain weekend service before and after games and other major events at the ballpark.”

Five commuter rail lines—Rockport, Lowell, Haverhill, Newburyport, and Fitchburg—feed into North Station, which could likewise present some difficulty for Celtics and Bruins fans on the North Shore. (A spokesperson for the Celtics declined to comment for this story, while a spokesperson for the TD Garden did not respond.)

And what about the commuter rail’s Foxboro train, ferrying Patriots fans down to Gillette Stadium each Sunday? More than 37,300 tickets were sold during the 2016-17 season, according to Keolis, averaging 2,222 riders per regular season game.

“We believe the MBTA should take its advice from Coach Belichick: no days off,” says Chris Dempsey, director of Transportation for Massachusetts, a non-profit coalition of 50 organizations focused on transportation policy. “The commuter rail needs to run everyday. Our economy doesn’t take days off. Our economy still runs on Saturdays and Sundays, and the commuter rail is an important part of that.”

The MBTA has maintained that the cuts are only part of its preliminary budget and that nothing is final. The transportation agency has vowed public discussion on the measures in the months to come.