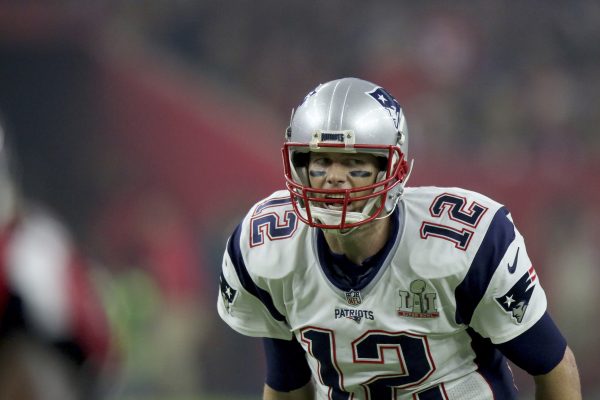 After months of intrigue, Tom Brady’s threads, missing since the Super Bowl, are reportedly en route back to their rightful owner.

Fox Sports’ Jay Glazer broke the news Monday that the jersey was stolen by someone credentialed as a member of the international media, that the FBI was involved, and that it was located “on foreign soil.” Soon after, CSNNE reported that two Tom Brady jerseys have been found, including one from Super Bowl XLIX.

The NFL later corroborated that story in a statement released this morning:

Through the cooperation of the NFL and New England Patriots’ security teams, the FBI and other law enforcement authorities, the Super Bowl LI jersey worn last month by MVP tom Brady has been recovered. Also retrieved during the ongoing investigation was the jersey Brady wore in the Patriots’ victory in Super Bowl XLIX against the Seattle Seahawks in 2015.

The items were found in the possession of a credentialed member of the international media. Due to the ongoing investigation, we would refer any additional questions to the FBI.

Proud @houstonpolice Major Offenders Divison traced Brady Jersey to Mexico & it has been recovered with help of FBI & Mexican authorities.

At a press conference Monday afternoon, Acevedo took a victory lap, saying the suspect “came to the wrong state.”

“You don’t come to Texas, and you don’t steal, when the eyes of the world are on our state,” he says. He also urged the NFL to revisit security protocols for locker rooms.

In a statement, Brady thanked authorities for their work tracking the jerseys down, adding that, “hopefully when I get the jerseys back I can make something very positive come from this experience.”

The suspect by Monday evening had not been named by authorities, but according to multiple reports the theft was the work of Mexico City journalist Mauricio Ortega, editor of a newspaper called La Prensa.

Video obtained by Glazer allegedly shows the footage authorities used to pin the heist on Ortega, in which a man can be seen strolling into the Patriots’ locker room, then walking out, presumably with the priceless jersey in tow.

In case you forgot, Brady was overheard saying that the game jersey was missing just after the Patriots’ Super Bowl win. “Someone stole my game jersey,” Brady said at the time, adding, “I put it in my bag, and then I came out and it wasn’t there anymore. It’s unfortunate, because that’s a nice piece of memorabilia. … If it shows up on eBay somewhere, someone let me know. Try to track to that down.”

It was a strange, almost comical twist after the miracle come-from-behind victory, but the value of the stolen merch made it much more serious. Appraisers estimated that the outfit could fetch as much as $1 million on the black market (Houston police, which took up the case, estimated it was worth half that). It hadn’t been reported before today that the second jersey, from the Patriots’ 2015 Super Bowl victory, was missing. One can imagine it’s worth a lot, too.