Charlie Baker Likes the Mockup of the New MBTA Trains

He’s “really looking forward” to getting them on the rails. 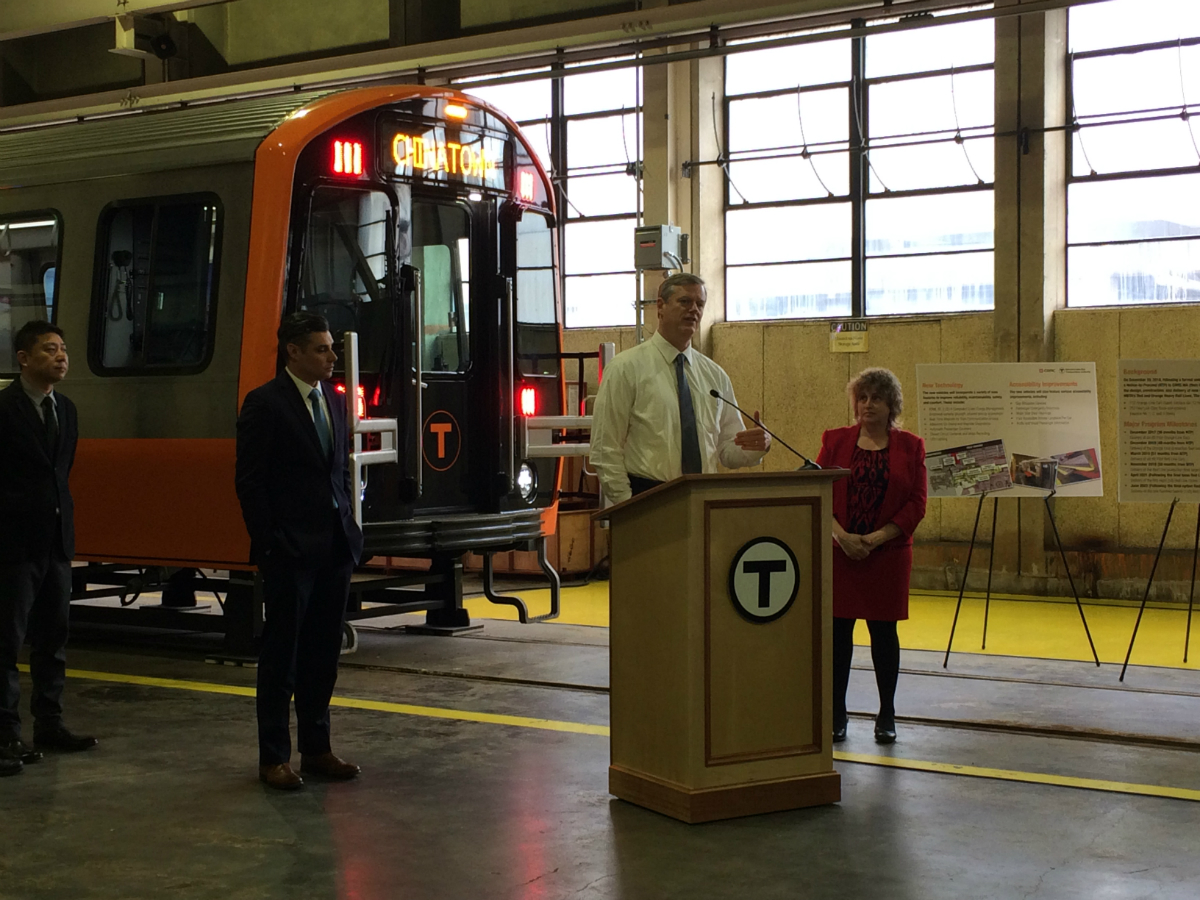 Last month a mockup of the much-anticipated design of the new MBTA trains arrived in Boston, and now it’s getting the governor’s seal of approval. On Tuesday, Baker went out to Wellington Station in Medford, where the model is being kept in a T maintenance facility, to get an up-close look.

After walking through the mockup, which is two-thirds as long as the real train cars will be, Baker confirmed, “there’s plenty of headroom in there.” Coming from the 6’6’’ governor, we’ll believe it.

Officials have been studying this showroom version of the new trains for the past couple weeks, using that time to note any tweaks they would like to see in the train’s final design. The cars will be built by Chinese manufacturing firm CRRC at a facility in Springfield beginning next year, and will be delivered to the MBTA and put to use in batches between 2019 and 2022.

Baker says the design makes the train cars more spacious, including wider side door openings. As anyone who’s tried using the Downtown Crossing stop at 5pm can attest, commuting on the Orange Line can feel more like being packed into a can of sardines. The new design attempts to help remedy this, as Baker hopes it has “the ability to actually create more capacity in the system during rush hour.”

In addition to being roomier, the new cars are also designed to be more user-friendly, with station names lighting up as the train approaches and charging stations available for drivers.

Referencing the unmanned Red Line train incident in 2015, Baker went on to address the priority of safety in the new cars. The updated model will include additional operator checkpoints, aiming to prevent a similar situation. The cars will also have security cameras along the interior and additional passenger emergency intercoms.

Baker was joined by Transportation Secretary Stephanie Pollack, MBTA Chief Administrator Brian Shortsleeve, and MBTA Chief Operating Officer Jeff Gonneville, who all expressed their excitement about the new features of the design.

If you’re interested in checking them out for yourself, soon you may be in luck. According to Pollack, the Department of Transportation is looking into finding a public viewing facility where anyone can visit. 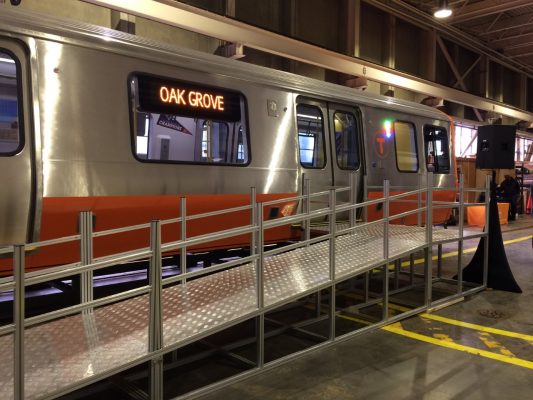