The Midnight Marathon Returns on April 16

Hundreds will once again travel along the Marathon route on bikes this year. Also: they need volunteers. 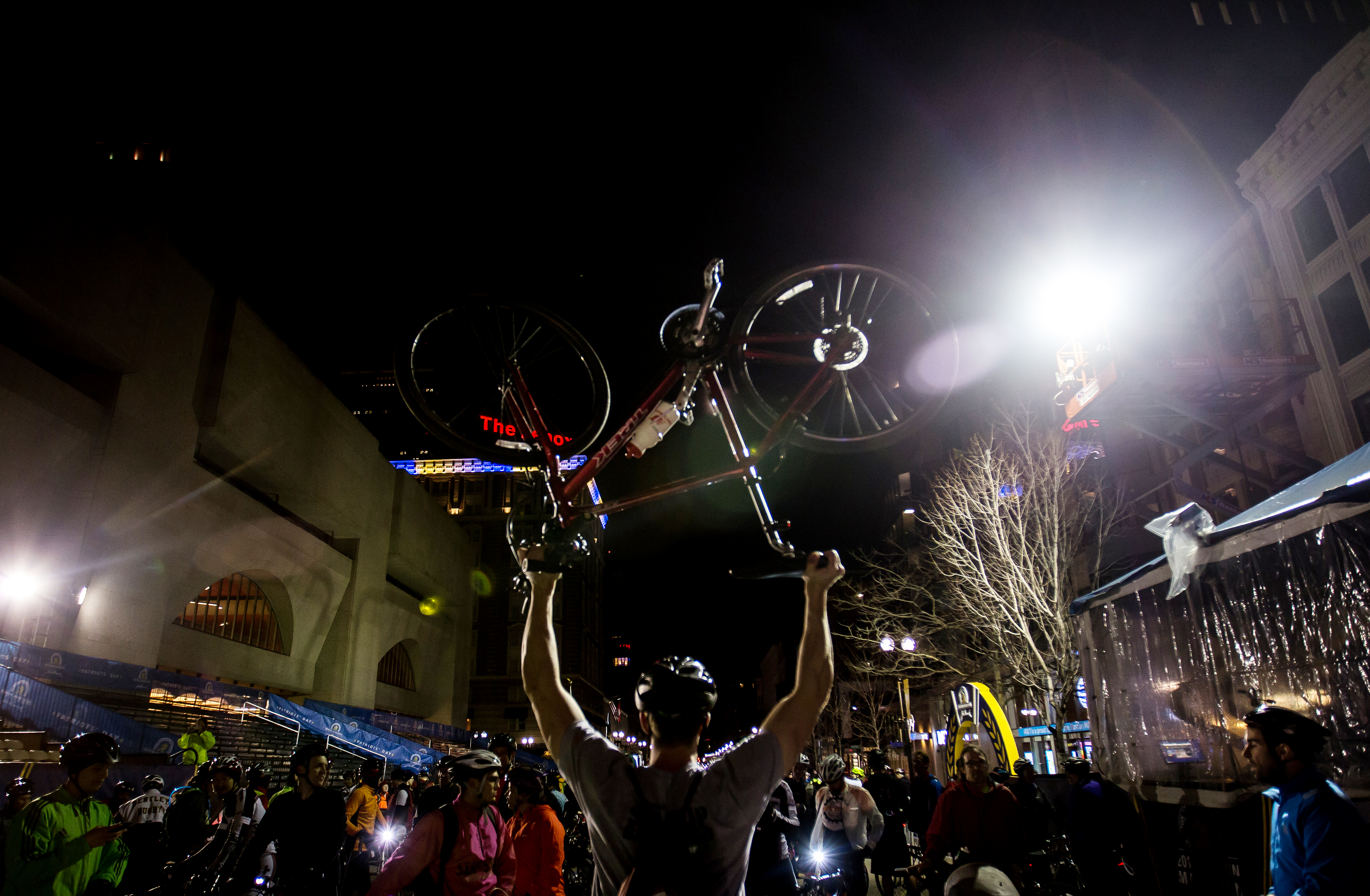 DAN WIESE OF CAMBRIDGE, MASS., LIFTS HIS BIKE IN TRIUMPH AFTER FINISHING THE 26.2 MILE RIDE. / PHOTO BY ALLIE WIMLEY

Boston’s pre-Marathon tradition of bicyclists hitting the streets the night before the big race returns on April 16, 2017.

For the ninth year, hundreds of bikers plan to meet up and pedal their way along the route of the Boston Marathon into the city—a late-night DIY get-together called the Midnight Marathon, which dates back to 2009 and has become a staple of the biking community’s social calendar. More than 500 people have said on Facebook that they plan to participate.

The concept was dreamed up by Greg Hum, then a Boston University student, and now is organized in tandem with the Boston Society of Shenanigans. He says he still can’t believe how much it’s grown since then—last year, he says, organizers counted more than 3,000 bikers taking part.

“It’s crazy,” he says. “But yeah it’s great to be part of a positive community, and do something positive for Boston.”

As its name suggests, the event is a ride that begins around midnight, starting off at the Commuter Rail stop in Southborough and continuing 30 miles east to Boston. Participation is free, but riders can pay to have their bikes transported to the start of the route in trucks (a note for newbies: you can’t take your bike on the train), and the proceeds go to local bike advocacy groups. 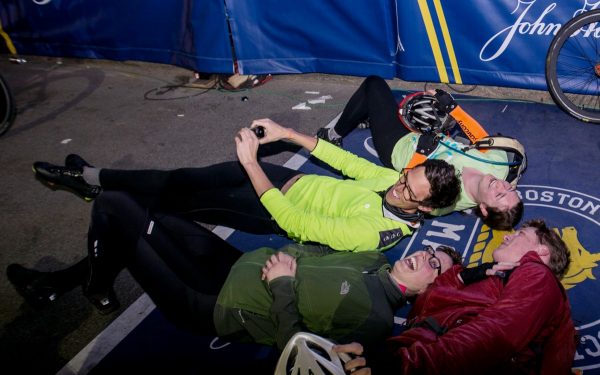 (TOP, FROM LEFT) SCOTT MIDDLETON, ALYSSA SOLOMON (BOTTOM, FROM LEFT), SARAH SCHOENFELDT, AND BRIAN MACKENZIE OF THE COMPANY BIKE AND BUILD POSE FOR A SELFIE AT THE FINISH LINE. “IT’S A GREAT COMMUNITY, “ MACKENZIE SAID. “IT’S NOT EVERY DAY YOU GET TO RIDE WITH 1,000 OTHER PEOPLE.” / PHOTO BY ALLIE WIMLEY

Once bikers make it to Boylston Street, they are allowed to celebrate their feat and pose for pictures at the Marathon’s finish line, as long as they’re quiet, for the sake of the Marathons runners and fans resting in hotels and apartments nearby before the footrace begins a few hours later.

Unlike the tightly orchestrated spectacle that is the Boston Marathon, the Midnight Marathon is kind of a free-for-all. Bikers can take whatever route they want (many, for example, choose an alternate path that avoids a punishing hill early on), there is no official registration, there aren’t any bibs, and there are only a few guides to help you on your trek. There is, however, dancing, and also snacks, at a rest area at Wellesley College. Lots of helpful info about how to prepare is available on their website.

A post-ride sit-down pancake breakfast will be offered at Boston Common Coffee Co. for $15, or riders can get a to-go breakfast at the South Street diner for $5.

The event thrives on volunteers, who do things like help load and unload bikes, and they still need more people to lend a hand.

Shirts were also available to buy this year for the first time. Proceeds supported the East Coast Greenway, an effort to link 3,000 miles of trails and bike paths from Maine to Florida.

Check out some photos of last year’s ride here. 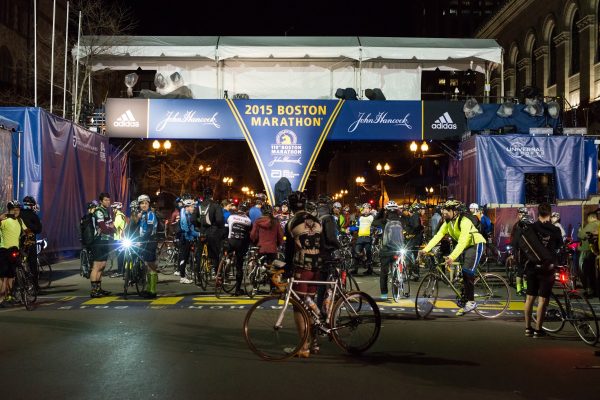